Chicago        Prime Minister Singh took a big political chance on a confidence vote, essentially substituting the left parties that formed with his Congress Party, the UPA coalition, with a collection of right parties, sufficiently to win the right to continue bargaining a treaty for nuclear assistance from the USA.  Had he lost the vote, the elections now scheduled for next May 2009 would have happened quickly.  Now having won by a margin of 19 votes (with 11 abstentions) out of almost 500 votes counted by members of parliament, the Prime Minister is bound to be a pushing hard now to get his ducks lined up in a row for the coming election.   The vote was wild and wooly and accompanied by numerous last minute allegations that Singh’s new allies tried to bribe three right-wing members of the communal party, BJP, to abstain from the vote in exchange for $750,000.  The uproar meant that the Prime Minister could not even finish his speech before the vote.

The nuclear matter is a prestige issue; some other issues are “bread and butter” for us and others.  The staff of ACORN India and the ACORN-India FDI Watch Campaign met from around India in Delhi in recent days to try and assess the situation and revise our campaign planning given the new tilt of Parliament.  The margins are close and the costs are high for actions that could destabilize this thin margin.

Nonetheless, we are now concerned that after having been able to successfully bottle up any modification of foreign direct investment in retail, that we could now face renewed efforts by this new coalition government to try and ram something through further dangerously dividing the business community.  It would be foolhardy, but we have to have contingency plans.

Our campaign director, Dharmendra Kumar, also speculated from information he is hearing that the PM may try and fast track modifications in foreign direct investment in the finance industry by opening the doors wider for FDI in banking and insurance industries.  Rumor has it that something may be in the hopper within 90 days with attempts to fast track the legislation.  In some ways our opposition to FDI modifications in retail is deep enough that we might be able to withstand the timetable, but efforts in this area could change all calculations.

We are now busily assessing our options, and whether or not we need to extend our coalition and banner over finance as well as retail.   India proves once again that the only real certainty in the worlds’ largest democracy is that there is nothing certain at all. 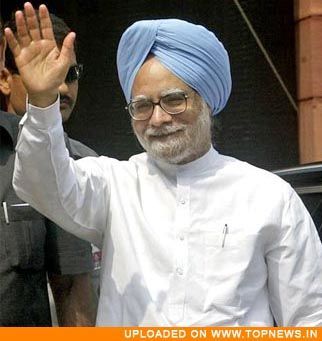