New Orleans        The House of Representatives in the U.S. Congress spent a lot of time this week sanding down the edges and loosening some of the nuts and bolts to make it easier for students to get loans for college.  The Government has opened the discount window of the Federal Reserve and agreed to stand behind what could mean billions of dollars worth of loans by Fannie Mae and Freddie Mac.

When are we going to drop the pretense that these are private corporations rather than simply public businesses?

Given the mess that surrounds both sets of these supposedly public-private amalgamations, the fiction itself seems almost expensive enough to finally buy out the rhetorical arguments and rebrand these outfits as government, pure and simple.  Why should hundreds of executives be making $1-million paychecks to run what is essentially a federal franchise operation?

The ideological right led by the Wall Street Journal editorial pages already has repeatedly opined that these programs in their words have been “nationalized” in a George Bush version of Hugo Chavez.  Given the change offered by this election and a shifting Congress, if we are going to do the time with the right already, then let’s do the crime, and take these operations over, lock, stock, and barrel, and then finally run them right so that they really deliver — equitably — the ability to create affordable housing and affordable education for all Americans.

Time for a change. 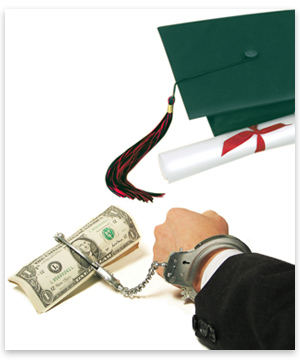