New Orleans         About one-third of New Orleans is still trying to get electric power.  Stores and restaurants are still closed or on reduced hours and operations even in areas where lights are on and people are on the streets.  We missed one grocery store arriving near 7 PM because it closed at 6 PM, and were intimidated by lines snaking outside in another.  A lot of the labor in the hospitality industry was still being bused and rolled on the trains into the city yesterday as people trickled into town.  The Mayor said that the arguments on when to bring people home was no big thing because people have different opinions in a crisis.  How comforting?

The elevator is back on in the Canal Street building, but no internet is the word.  Damages are reasonably minimal.  The other building may have wireless someone reports, but who even know that we ever had wireless there?

But, you figure?  In fact that seems to be theme of the day.

*    Amalgamated Life Insurance founded by textile workers and the Amalgamated Clothing Workers Union in New York City announced that they were moving their 400 workers from NYC to Westchester.  How could that be?

*    Wal-Mart in Mexico was actually busted by the Mexican Courts for labor law violations.  They were convicted of paying a worker in a Wal-Mart card only useable for in-store purchases in a new version of script at the company store.  They say they will have to study this.  The system in Mexico is that the relief is not for a class, but for the one worker who sued so….

*    Katrina taught a lot of lessons we hope but one of them seems to have lost its moorings.  It seems despite all of the problems and controversy associated with the barge breaching the levee on the Industrial Canal along the 9th ward, Gustav seems to have unmoored something that the Coast Guard estimated as 20-30 vessels.  They had approved the mooring.  Driving over the Seabrook Bridge at the junction of Lake Pontchartrain and the Canal, we could see a huge barge lifted over the dock at a 45 degree angle onto shore and a pile of sand near the dock.

*    Somehow McCain’s speech at the RNC was heard by even more people than Obama’s speech, though both were over 40M.  How could that be?

*    Speaking of Katrina, Buzz Hargrove, president of the Canadian Auto Workers (CAW) retires this weekend.  He as a friend of ours in rebuilding the city, and I still remember his visit with pleasure on the 1st anniversary of the storm 2 years ago.

*    In quotes of the day, Venezuela’s Chavez seems to have come up with a popular term worth pondering:  pitiyanqui.  You figure?

*    And, having just turned in the rough, rough draft with close to 59,000 of Citizen Wealth to my publisher yesterday, I read the last line of Robert Giroux’s obit today in the Times with real empathy, especially the quote from T.S. Eliot:

    His ambition to write might have prompted an exchange with Eliot, then in his late 50s, on the day they met in 1946, when Mr. Giroux, “just past 30,” as he recalled the moment in “The Oxford Book of Literary Anecdotes,” was an editor at Harcourt, Brace. “His most memorable remark of the day,” Mr. Giroux said, “occurred when I asked him if he agreed with the definition that most editors are failed writers, and he replied, ‘Perhaps, but so are most writers.’ “ 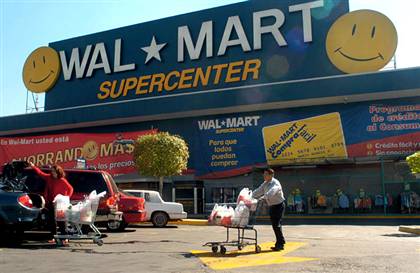