New Orleans        It seems clear we are now looking at an implosion on Wall Street and of financial institutions of almost historic proportion.   The news all weekend and widely confirmed by headlines across the country recorded the collapse of Lehman Brothers and its eminent liquidation and bankruptcy under Chapter 11, and the bargain basement sale of Merrill-Lynch for $50 billion to Bank America, while there was still something to sell.  Just a year ago Merrill was worth $100 billion as an example of how money is evaporating in all of this fast and loose environment.

For all of the talk about “moral hazard” from Treasury, Warren Buffett, and others, it turns out that the definition of this term has changed dramatically now that it is their ox getting gored by all of the fancy financing.   When I have heard the “moral hazard” lectures from some of these same people in dealing with foreclosure modifications, the meaning has been that you put your money down and if it doesn’t work out, you lose all of your money.  Essentially, the Federal Reserve and Treasury are stepping in to buttress up all of this risk, and for all of the drama over the weekend, and talk of who was going to blink or not blink, US taxpayers are opening the wallet on all of these transactions as well.

The Federal Reserve with its open window for emergency loans changed the definition of collateral from “investment grade” to any ol’ thing you might have lying around from junk bonds to the kitchen sink.  In effect they agreed to take garbage with a bow on it and loan out fresh greenbacks to cover the problem.  The cost for Bear Stearns has been $29 Billion.  The estimate on Fannie and Freddie is over $200 Billion.  You can’t exactly keep up with this from home, but on the back of any envelope it will be clear that the moral hazard is something now like a sign saying “curve ahead,” rather than being something that someone else pays for instead of the taxpayers.

Meanwhile as the financial system changed and non-banks took it all over, the system continues to be unregulated.  That has to stop.  We need to regulate all of this mess, and we need to do it now.

If we have to pay the piper at least we should be able to pick the tune. 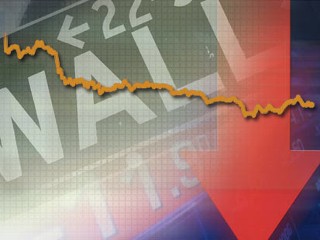