Melbourne        We spent the morning meeting with and listening to the executive meeting of the Victoria Trades Hall or the central labor council of all of the unions in the state of Victoria.  The whole experience was deeply moving in many ways, not so much because of the meeting, but the tremendous and principled weight of history that permeates every bit of this huge set of buildings.   Built first in the 1870’s, the Trades Hall has the proud distinction of being the oldest, continually used and operated, trade union hall anywhere in the world, and that’s the least of the history here.

Catty-corner to the Trades Hall was a small park with a column stretching to the sky proclaiming the first establishment of the 8-hour day anywhere in the world in Melbourne in the 1850’s.  At the top of the column rested a ball with the numbers 8-8-8 on them standing for the slogan that moved this great campaign to victory:  8 hours of work, 8 hours of rest, and 8 hours of recreation — 8-8-8.

The unions and workers had used the huge labor shortages around Melbourne to their advantage.  A gold rush had broken out in Victoria in 1850 not along after the 49’s had made their mark in the California Gold Rush around Sacramento.  The workers had a viable threat of exit.  They could either get paid well for fair hours of work, or they could go and pan for gold.  At the Hall they told the story of a sweltering — or stinking in their words — hot day, when workers on a construction site decided enough was enough and knocked off and then went from site to site all over town pulling people off the jobs and demanding the 8 hour day, and then winning it.

There were commemorations throughout the old union building of acts undertaken in the name of the 8-hour day committee from helping build hospitals to other public and philanthropic works.  At the same time the old “council” meeting room was built as benches in the round and held many debates on labor and other issues of the day.  The caretaker of the building told us a lot of stories about the new and old uses of the building.  The bar in the building was also in good working order and certainly smelled like it was put to active use and continuous service as well.  On the stone steps a century of hobnailed boots had worn down some steps by inches.  There was a groove six inches deep in the stone at the turn of the stairs.

Jake, the caretaker, was particularly proud of the role the Trades Hall has played in the fight against conscription in World War I.  The tallies of the two votes where Trades Hall had outpolled the government both times by narrow, but significant margins, and voted down conscription were memorialized in plaque and paint.  There were still memorials to both Salvador Allende from Chile and Che Guevara in the lobby of the main entrance to Trades Hall.  The bookstore was an eclectic, volunteer operation with a wide range of international and left books peppered among general fiction.

We listened to the officers for an hour run the meeting and could easily see that the body is still active and engaged.  The meeting reminded me of a hundred meetings of the New Orleans AFL-CIO when I was an officer.

Two interesting pieces of business involved the scheduling of a rally in December when it would be clear whether or not construction council for the government was going to jail a union official under one of the more bizarre of the old Howard government anti-union measures.  The threat of jail came from the simple exercise of representation duties, so one could not follow the rhyme or reason for the abuse other than anti-union animus.   There was also talk of labor’s support for anti-poverty week.  Both of these two items were matter of course and without debate in the executive, just part of the business of labor representation.

One left wishing them hundreds of more years of continuous service to working people in Melbourne and the state of Victoria. 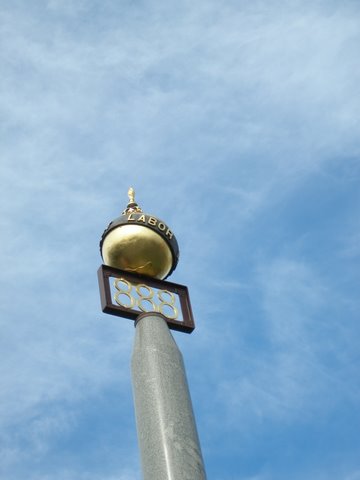 union banners over the bar
commemoration of the fight against conscription 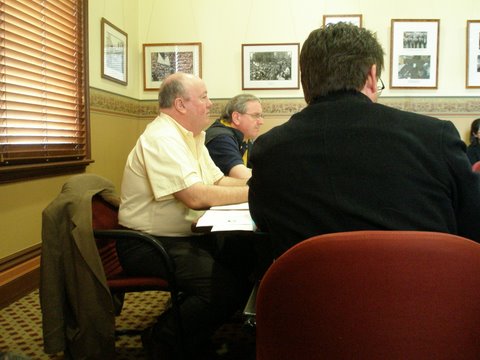 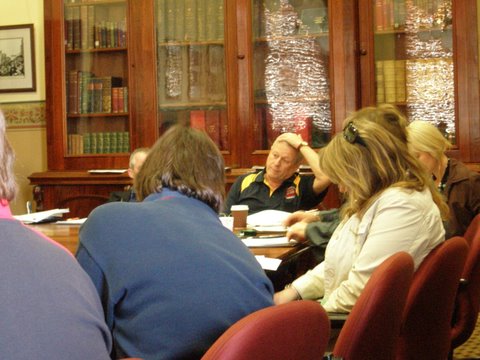 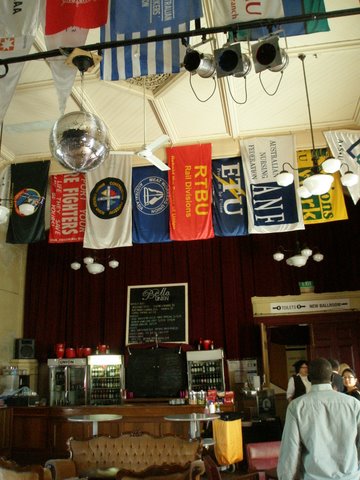 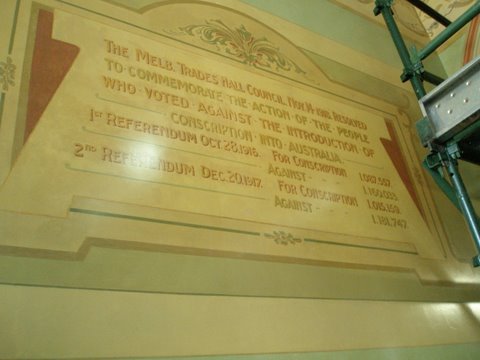