New Orleans  Some humor and some serious stuff in these wild times.

ACORN (the Association of Community Organizations for Reform Now) "has conducted a huge voter registration effort, and not all the registrations are valid. Now I have a lot of problems with ACORN. First, they should have picked a more ominous name, like KAOS or SPECTRE, instead of squirrel food. Something really scary: They are the biggest nut-based threat to America since Mr. Peanut tried to assassinate the GOP elephant to impress the Morton’s Salt girl." — Stephen Colbert, Comedy Central’s The Colbert Report.

Colbert: All of Toontown is in the tank for Barack

Comedy Central’s Stephen Colbert reported Tuesday on the looming menace of ACORN and the dire threat it poses of Mickey Mouse actually showing up to vote.

At the last presidential debate, John McCain called ACORN’s voter registration drive "one of the greatest frauds in voter history in this country, maybe destroying the fabric of democracy."

"ACORN has conducted a huge voter registration effort, and not all the registrations are valid," Colbert explain, noting that of the 1.3 million voter registrations collected by ACORN, some are duplicates while others have obvious problems, such as being filled in under the name of "Mickey Mouse" or "Donald Duck."

ACORN insists that this would not amount to voter fraud unless Mickey Mouse showed up somewhere to vote.

Colbert proved his point with a recent photo of Obama in Florida holding a set of Mickey Mouse ears with his name embroidered on the front. "Let’s face it folks," he stated. "All of Toontown is in the tank for Barack."

"Nation, we must make sure cartoons don’t vote," continued Colbert. "I say the simplest way is to drop an anvil on the head of every voter. If a single lump rises out of their scalp and little birds start circling their head — we nab them for voter fraud. If their skull is crushed, they can go ahead and vote."

"That might still let through some imaginary voters," Colbert fretted. He insisted that all newly registered voters should be considered suspect because polls show 65% of them planning to vote for Obama.

"We may not be able to make all these fake new voters real," concluded Colbert, "so we have to make all the real new voters fake — by getting rid of all new registrations. We’ll just go back to when we knew every vote was legit: 2004."

This video is from Comedy Central’s The Colbert Report, broadcast October 21, 2008.

Kokomo gets it right!

A group called ACORN has been cast as one of the bad guys of the current campaign.

In last week’s debate, John McCain claimed ACORN was “on the verge of maybe perpetrating one of the greatest frauds in voter history … maybe destroying the fabric of democracy.”

ACORN is an acronym that stands for Association of Community Organizers for Reform Now. The group describes itself as the nation’s largest grassroots community organization of low- and moderate-income people. It claims 400,000 member families organized into more than 1,200 chapters in 110 cities across the country.

Barack Obama has indicated his only tie to ACORN was that he helped to represent the organization in a successful lawsuit 13 years ago to require “motor voter” registration at Illinois license branches, but according to the Web site FactCheck.org, Obama has had other, though less direct, interactions with the organization.

The Obama campaign also paid Citizens Services Inc., a group affiliated with ACORN, more than $800,000 for get-out-the-vote efforts during the primary election. The campaign says it has not been involved with ACORN during the general election.

ACORN workers have been convicted of submitting false voter registration forms in three cities since 2005. No one affiliated with ACORN has been accused of vote fraud.

ACORN’s Las Vegas office was raided by a state criminal investigator this month, and ACORN workers are the subjects of investigations in Wisconsin, Missouri, Ohio, Pennsylvania and Indiana.

ACORN claims the accusations are driven by politics. It says only a few of its canvassers have turned in questionable registration forms, and it argues that the workers were engaged not in vote fraud but in trying to cheat ACORN, their employer. The organization also says it cannot simply discard suspicious forms but is required by law in most states to submit to local election officials all the forms its canvassers bring in. It says it does, however, flag any forms it believes to be suspicious.

The McCain campaign also ties ACORN to the current financial crisis, saying it forced banks to issue risky home loans. FactCheck.org calls that a stretch. It says the banks in some cases actually approached ACORN about setting up loan programs, and though ACORN might have negotiated lower than customary underwriting standards, it says, the organization provided those deals only to people who went through credit counseling.

In the end, Obama probably hasn’t been as forthcoming as he should have been concerning his ties with ACORN, but the fact is that ACORN is nowhere near the villain the McCain campaign would have us believe.

More than 60,000 people have now watched this 5-minute piece on YouTube.  The comments, as usual, could rip the paint off of walls, but it’s a solid perspective.

People for the American Way

PFAW steps up for ACORN with a full-page ad in the Times this week:

But the beat goes on! 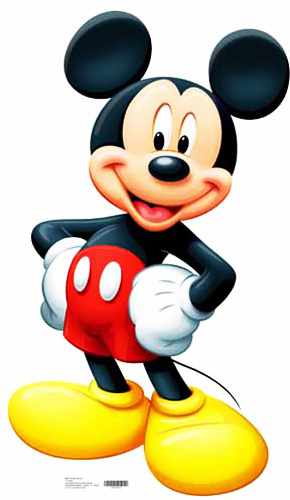