Voter Registration in India
October 29, 2008
Mumbai           I landed last night on Diwali, the festival of light, welcoming the New Year on the Hindu calendar.  Flying into Bombay the pilot announced that it was a little like flying into a city under attack because there were fireworks everywhere throughout the city.  Taking a cab to Juhu Beach seemed the same way, as if we were shelled by incoming fire as we motored slowly through the jams of people celebrating.  This is a time when wealth and good fortune flow into the house and business so people eat sweets, visit with families, and enjoy, so it felt like a propitious time to be entering the city.
While talking to friends and supporters of ACORN India this afternoon, the conversation naturally moved to the US elections and questions about the voter registration situation that was all over CNN and other outlets widely watched here.  All of this led to a fascinating discussion about how voter registration works in the India, “the world’s largest democracy,” as it often refers to itself.
The simple answer is that virtually all of the registration is done by government registrars, just as in the United States, but here there is no “third party” or non-partisan registration apparatus generating registrations, rather all of the organization behind registration is party-based.  In the Indian multi-party system that means that the stronger the party apparatus, the more deeply the outreach goes in the slums and other huge pockets of unregistered voters.  To register a potential voter must present themselves individually to the registrar with some proof of residency, like a ration card, so in many cases the party role is instrumental in identifying the potential voter, then if they determine that voter is willing to vote with their party, assisting them in obtaining the verifications necessary to present to the registrar, and physically assuring that the potential voter gets there to get the job done.  Here the parties are obliged to develop machinery that links them more organically to the voter and vets them before qualifying the citizen as a potential voter.  There is still a verification process handled by the registrar in checking to make sure the voter is real.
The voter though owes the party implicitly for the assistance in proving their address, which can be a difficult matter if you have an informal residence, creating a quid pro quo for the ration card repaid, in classic political machine fashion, with a vote.  This system also leaves a huge number of people without voting privileges if they are not part of a party’s target focus to develop registration drives.  This system used to be common in minority and lower income areas in the US even in the 1970s.  I can remember the first registrations drives we did in Little Rock where we had to pick up potential voters and take them to the Pulaski County Courthouse so that they could register en masse.  In fact in the 1960s this kind of direct registration system is exactly what disenfranchised so many African-American voters and until the victories of the civil rights movement and the passage and enforcement of more stringent voting rights laws.
I do not mean to imply that the system in India in the 21st century is the same as the one that prevailed in the American South in the mid-20th century, but the same potential for selective registration seems to exist here.  Reading in the Hindustan Times this morning of the BJP (the right leaning, communal party) defense of the beating of three Biharis on a train as they tried to return home for the Diwali celebration, (killing one) complaining that they were in Mumbai and taking away jobs from the local residents, made me wonder if there might be other forms of discrimination possible based on religion and caste, if parties had relative more or less strength in certain areas.
All of this seems to almost demand independent efforts in communities run by non-partisan organizations like ACORN India and ACORN International.  Whether in the US or India, regardless of the potential problems, you can only be a democracy in theory, if you do not make it possible and easy for citizens to participate, which means registration and voting.
Yet another problem on a long list in India. 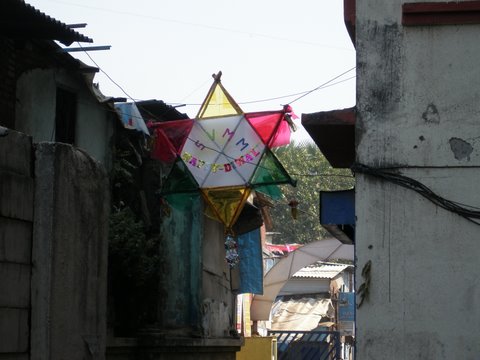