Go Tap Water!
November 8, 2008
New Orleans               Every once in a while there is good news from unexpected quarters and a sign that even in the numbing consumer culture there might be a rising tide of character and good judgment taking over.  Call me a dreamer, huh?  Well, I made a note a month or so ago of a random piece that bemoaned the problems Pepsi was having because tap water was kicking their butts.  Now, that’s good news!
One of the major marketing marvels of the last several decades and a total mystery to me is the success that companies like Coke, Pepsi, and others have had in creating a market for expensive and environmentally ridiculous water products when people, particularly in the US and developed countries, have the best water in the world, cheaply available at the tap.  Way before the ubiquitous IPod ear buds young people also seemed to have the iconic water bottle clutched at hand with their brand preference on display as a marker for their place in the world.
The companies created a market out of a public good.  In some ways they privatized a segment of the public water supply without going through a bid process with the local city or water utility by bypassing them directly to the consumer.  The public utilities believing that they had the perfect distribution system right at the tap of the customer did not feel the need to compete or offer more accessible or attractive ways to drink tap water, they simply thought it was enough to have clean, healthy water at an affordable price on call to the homeowner.
The companies jumped on the fact that drinking more water was healthy even to the point of undercutting their own markets for sugar laced confections.  That part I dearly love.  They then tried to argue that their water was somehow better than public water.  They made water more convenient and accessible.  These privates convinced many that folks that they were almost bad parents if they allowed their children to drink from the tap, rather than gulp down their slick stuff.  All you had to do was buy it.
The environmental ruin of mining aquifers and other sources for water to sell in this way is huge.  Significant fights have been waged to try to prevent major companies from water mining and water monopolies in the US and elsewhere.  This is all poignantly ironic given the desperate fight to get potable water established as an accessible, affordable right in the rest of the world.  Our neighbors would — and have killed — for the chance to get good, healthy water nearby, while too many in developed countries seem to turn their nose up at the tap.
Change seems to be coming though, and we need to hasten it along.  People are also moving away from carbonated drinks like Pepsi and Coke as well.  I love this Times story by Andrew Martin:
In addition, consumers are increasingly choosing tap water over other beverages at restaurants and at home to help save money and the environment, according to PepsiCo and industry analysts. Research by William Pecoriello, an analyst at Morgan Stanley, found that 34 percent of consumers say they are reusing plastic bottles more often and 23 percent say they are cutting back on bottled beverages in favor of tap water or beverages in containers that create less waste.
Information Resources, a research firm, found that sales of water filters increased 16 percent in the first half of the year.
PepsiCo said volume for beverages in North America declined by 4 percent in the third quarter, which ended in Sept. 6.
In recent years, noncarbonated beverages were an engine of growth as soda sales slipped, but no longer. Volume for noncarbonated beverage sales dropped 5 percent in the quarter, led by double-digit declines in Aquafina and Propel, a flavored and vitamin-enhanced water drink.
Carbonated soft drink volume in North America declined by 3 percent in the quarter.
In response, PepsiCo is creating new packaging and logos for many beverages, and plans to introduce new products in the coming year.
“Because of the economy, there is some movement, probably temporarily, back to tap water,” said John Sicher, publisher of Beverage Digest, an industry publication. He predicted that both PepsiCo and Coca-Cola would ratchet up their efforts to improve beverage sales in 2009.
“Unless both Pepsi and Coke do something quickly, they could lose a generation of carbonated soft drink consumers,” Mr. Sicher said.
Sicher says it all.  The fight is on to take a whole generation away from Pepsi and Coke, do something to help their health, take a slap at consumer culture, and protect the environment.  The economy is our friend on this.  The companies will fight back.  They hope their retreat is temporary and their con can work again.
Who know that one of our most effective anti-corporate campaign tools would be to simply draw the line and a good, cool glass of water from the tap and spit in the eye of Coke and Pepsi?  Yes! 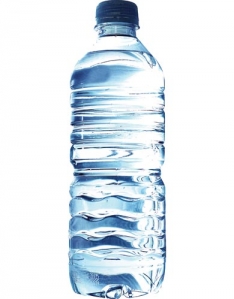