Prospect 1 in the Lower 9th
November 28, 2008
New Orleans               I don’t claim to be any kind of big art guy, but I am a big “anything that’s good for the Lower 9th in New Orleans is good for me” guy, and, as we all say, I know what I like.  And, I definitely like the idea of a big-time, international art extravaganza coming to New Orleans three years after Katrina.   It is called Prospect 1, and has a bunch of art outside and inside of various places in a lot of different neighborhoods in New Orleans.

On the website the curator, Dan Cameron, from the Contemporary Art Center in New Orleans has this sum-up statement:  Prospect.1 New Orleans [P.1], the largest biennial of international contemporary art ever organized in the United States, opened to the public on November 1, 2008 in museums, historic buildings, and found sites throughout New Orleans.

Sounds important doesn’t it, so a carload of us stuffed into a Saturn and zipped over the Industrial Canal on St. Claude not far from our house late Thanksgiving Day afternoon to see whatever was exhibited in the lower 9th and “represent.”  The Battle Ground Baptist Church was closed for some reason when we arrived, but through the window we could still see the giant diamond constructed in the middle of the bare studs inside the Church.  The diamond is filled with exercise equipment.  Not sure what that means, but, it was art and contemporary.  There was a sign on the street corner that said:  “Think That You Might Be Wrong.”  I hope that is meant to be an exhortation to passersby to get on the stick and kick start the rebuilding of the lower 9th.
The artists were from all around the world.  One with Argentine connections did a particularly unsettling and dramatic installation that had a metal ladder going up to an open window on Deslonde Street within easy sight of the new concrete wall that now sealed the levee breach of the Industrial Canal.  Mi companera was disgusted by that one, but my son and I thought it had real power.  Another over in the Holy Cross section of the lower 9th near the Mississippi River done by an African artist had the painted studs of a house with Christmas lights all over it and one naked chair.  It was called Miss Sarah’s house and the artist seemed hopeful it would help raise money for Miss Sarah to rebuild her house there.
We had gotten too late a start to see anything more than the lower 9th.  Along with many of our Arkansas-connected relations and other family and friends, we had trouble rousting our crew from our Thanksgiving feast of Petit Jean ham, brine cooked turkey, and a heap of other treats from oyster dressing to artichoke and spinach casserole and of course my mother’s famous jam cake and the weight of the first big holiday with my father missing, but those of us who made muster still agreed that Prospect 1. New Orleans was a very good thing for the city, and a pretty good thing artistically.
Driving from my office on Elysian Fields down St. Claude towards home, I had seen the signs at Colton Junior High School and the old Universal Furniture Store about Prospect 1 as well as the wooden horse thing across from the school, but hadn’t even slowed down.  I was still borderline bitter about the closing of Colton and its new life as some kind of artist thing this year.  I wasn’t all that happy about the old furniture store now being some kind of combination police station and voodoo and yoga palace.  Something about walking into a police station to gawk at art seemed unsettling to me.
But, I’m going to have an attitude adjustment and man-up and go see all of this over the coming months while the exhibition is in place.  There’s a new New Orleans coming, and this is a good shot at doing the right thing in the city, so worth supporting it seems to me. 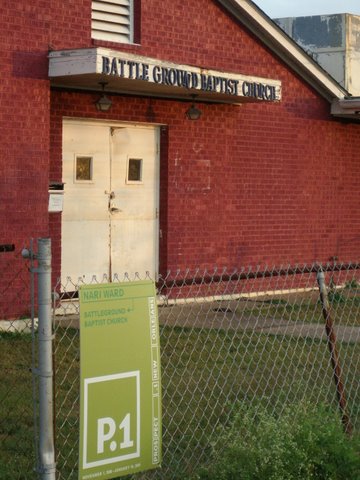 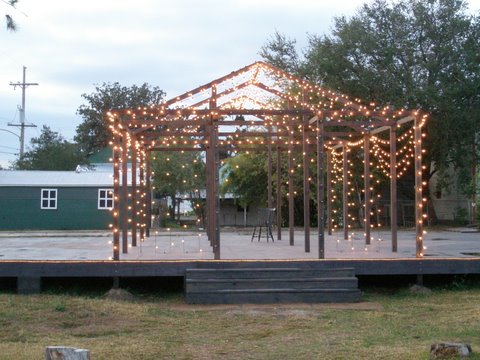 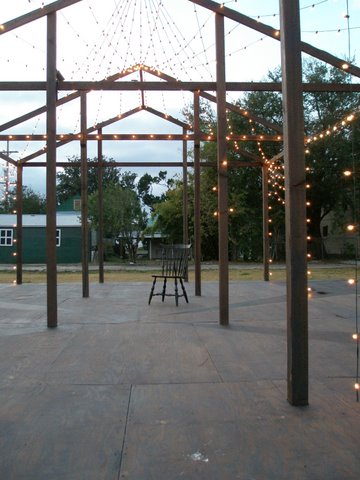