Housing Blame Game
Antigua           Reading one story after another as reporters and others try to play the “blame game” for the current economic crises pointing first one way and then another, is getting boring.  They are blasting with a shotgun and hoping to finally hit something and someone, since they really are clueless where they should aim.

The Times is the best case in point.

Today, the culprit is WAMU and the “power of yes,” and a supposed culture of approving anything and everything.  Another story puts the noose, deservedly on Wells Fargo, with a story on how they unscrupulously seem to be trying to foreclosure on a couple in Colorado by pretending that payments were not made even when forced in court to look at the account transfer records.  Christmas Day featured a huge, big fat body slam at Herb and Marion Sanders as if they invented adjustable rate mortgages (ARMs) and as if it is a newsflash to them that there is huge risk involved in option ARMs.  Earlier they even took a shot at Henry Cisneros, as if as Secretary of HUD, a decade ago, he could have been responsible.

Other days they jab at Wall Street greed without really taking a position other than to stand in queue and hope that some of it comes their way.  Even as taxpayers prepare to subsidize grossly absurd bonuses out of our pockets, the distinct between the greedy and the ridiculous seems illusive.

Sometimes they write about real estate brokers.  Sandler was even quoted in a statement that said they were the “whores” of the industry, but it was more in the vein of everyone is doing it, nothing can be done.  They seem unable to follow the trail, even with flashing neon lights and pointing arrows, that NO ONE, no institution was able to supervise the broker network effectively.  It was out of control and fraudulent, and everyone in the industry knew it, and no one did anything to really address the problem and protection of the consumers, or now the public.

The same stories could have all been written at the collapse of New Century, now almost 2 years ago.  Half of the New Century portfolio was held in “stated income” loans.  No one followed up, no matter how many times many of us were waving and shouting to look at what was under the nose here.

It is hard to escape the fact that the real blame game is not at the
billionaires who were smart — or lucky — enough to cash out in time or the institutions that went hog wild from Seattle to San Francisco to Wall Street, but at the borrowers themselves and the families desperate for safe, decent, and even affordable housing.  If the entire economy and every institution is saying “own a home,” then we should never blame people for trying to buy one!

Meanwhile as the reporters wipe egg off of their faces and try to apply it to whoever is standing next to them, perhaps it is time to stop fighting the last war, and look at the real issue of what are we going to do now.  There has been, and still is, a housing crisis in this country.  Lower income and working families simply cannot find sufficient decent and affordable housing, rent, buy, or whatever.

The current mayhem is crushing them, even though they were at best, spectators at this predators’ ball.

What’s the program and policy that will finally address this real problem?   Mindless blaming is easy, but it’s time to do some real thinking and work now. 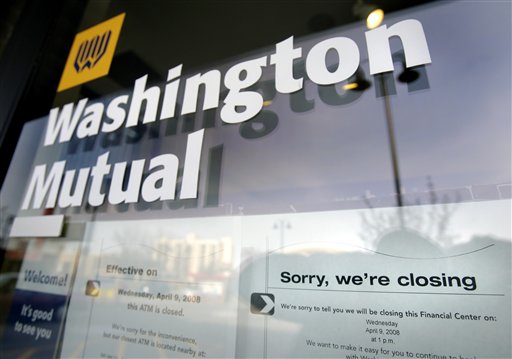