A realization that housing prices will not always go up.

A recognition that a bare minimum of accountability has to reign even at Citicorp with the resignation of Robert Rubin after $75 billion in losses and government ownership based in no small part on his recommendations.

The resignation of the chairman of GMAC based on his twin involvement in the wild bailout and in operating Madoff feeder funds.

These are little items, I agree, but still signs that there could be a shift.

I base more hope on something more basic, like Marian Robinson, Michelle Obama’s mother moving to the White House.  Seems to me that she could be critical in keeping it real, and I take the following as evidence from a story in today’s Times:

And she has often teased her daughter, Michelle Obama, and the president-elect about their household rules for her granddaughters.

Television for only an hour? “That’s just not enough time,” she said.

As for the healthy, organic foods the Obamas favor? “That’s not my thing,” said Mrs. Robinson, who said she enjoyed salty fried foods and dismissed efforts to make such dishes healthier.

With a mother and grandmother from the delta of Mississippi which is really next door to the South Side of Chicago, I can’t read that line about fried chicken without laughing.  Here is someone with good sense and a sure grasp of reality and what is important!  I feel safer with her in the White House.

I don’t want to push you too far in a world gone whack, but just one more sign of common sense:  the realization that people are not a theoretical construct, but flesh and bone. 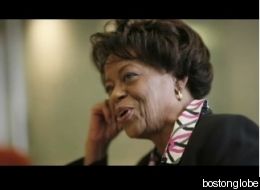