Four Day Week
January 12, 2009
New Orleans               The recession and the pursuit of savings for broke-ass governments at every level may allow some interesting reconsiderations.  One might be the value of 4-day work weeks for public services that do not require essential or 24-hour coverage.

The state of Utah tried something along these lines this last summer.  A New York State legislator from the Queens has proposed something similar up there.  There have been wide reports of schools in both urban and rural areas changing schedules to offset the inefficiencies particularly around building and transportation issues.  Call it the economy.  Call it a “greening” of government.  Call it whatever this may be the time to take some steps that save money, save the environment, and are good for workers and citizens.  It doesn’t get much better than that.

Most of the proposals are for four, ten-hour days from 8 AM to 6 PM.  Realistically, you are really talking about days that are more likely 8 to 630, because the number of employers that pay for your lunch break can be counted on one hand by most of us.

Most workers like the idea of 3-day weekends and are more than willing to buckle down to work 40 over 4 days.

The public seeking the service is generally going to be happier once the schedule is clear, as are their employers, because it makes public services more accessible, particularly for working stiffs.  Simple routine problems could be accommodated before or after work without loss to anyone.

Taking people off the highways does make a difference as any commuter knows traveling to work on an obscure federal holiday where everyone else is working.  Not firing up a building’s lights, heat or air, can create huge savings.  All of this makes a difference.

The change in school hours are rough because family life is often organized around the old schedules and the abysmal state of most alternative day care is a problem that needs to be addressed.  Mainly this proves again that no one policy solution fits every problem.

Nonetheless, the 4-day week makes sense for some services and for a lot of workers and citizens. 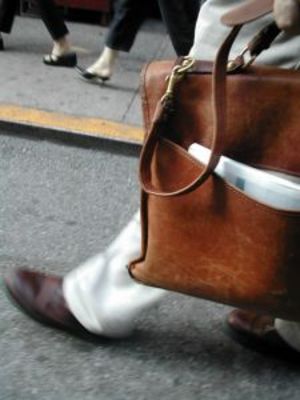