February 11, 2009
Nairboi In every conversation I have in Nairobi I ask the question forefront on many minds — has the national power sharing in government worked and is there now peace in the communities or could tribal antagonisms that killed more than 1000 in post-election violence little over a year ago recur.  These are important questions in general, but essential questions in particular for ACORN International as we prepare to put organizers into various mega-slums in this city.
The answers, both large and small, have been honest without necessarily always being reassuring.  There is clearly peace now and at the top the principal antagonists have pointedly made the power-sharing arrangement seem to work as if they are genuine co-presidents.  Watching the swearing in of key combatants in an unending news loop everywhere today of the activity in Zimbabwe, it can only make me hold my breath and hope for the best.  [An email from Johnny Clark in Dallas as I flew into Nairobi reminded me to “stay out of Zimbabwe!”]
I met four leaders from the 2nd largest slum in Nairobi (after world-famous Kibera), who were all from different tribes among the largest in the country, and had been involved in organizing a “peace” federation in the wake of the violence.  In the immediate aftermath of violence that surprised everyone in this country that is often held up as the bellwether for democracy and stability in Africa, donors and emergency funds to support efforts at peace and calm flowed into the city, and this formation was one of the positive outgrowths.  As usual  though once the power sharing was signed, the money dried up, and groups like this one and its federation with other slum organizations, were left high-and-dry to survive (or not) as best could.
In talking to organizers and leaders though it became clear that this was a fragile peace where everyone was still treading very gently.  Lawrence Apiyo, a community organizer with a dozen years experience who I have met frequently over the last years, told me even with his experience in all of the various communities as a Luo, the 2nd largest tribe, he only moved “with invitation,” and if there were violence he kept in mind where to flee where his tribe was in the majority.  Others I spoke with you were Kikuyu tribe members said much the same thing.  Everywhere swore the tribal violence was unexpected, but now, having been burned, there was unease just below the surface.
The governmental efforts to create a tribunal to assess the damage and determine the fault and causes of the violence have had trouble winning a majority.  Yesterday, the two co-presidents walked hand in hand into the legislative chambers to try to win the votes unsuccessfully, failing to get the necessary votes because of absent representatives and ministers.
Everyone is moving forward.  Everyone praises the peace.  Everyone is looking at their neighbor and wondering if trust and security can ever return.
The organizing climate seems safe enough for us for ACORN Kenya to proceed, but also seems a long way from secure. 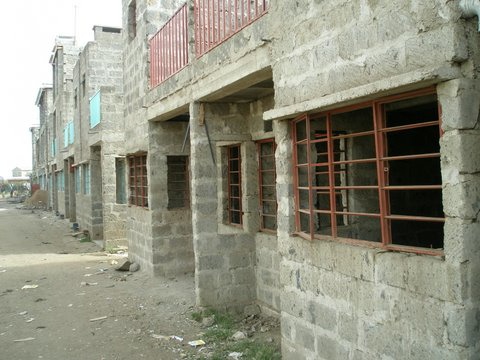 An upgrading project in the Harumu slum 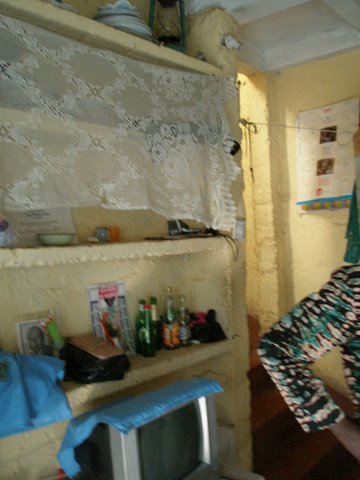 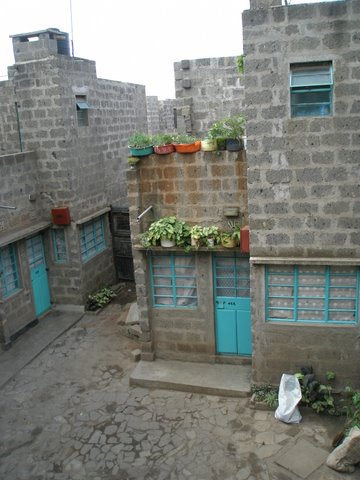