New Orleans         The President is back from his European smash concert tour where he played to wild applause and standing ovations in countries from the British Isles to Turkey, so now it is “game on” for the big ticket items:  employee free choice, health care, and immigration reform.
The lead article in the morning Times quoted Cecilia Munoz, our old friend and ally, now ensconced in the White House, on the fulfillment of the commitment to put a new immigration reform bill before Congress by the end of the summer early fall.  The battle lines seem to be drawing quickly and the underlying tone in the Times piece seemed almost surprise as they provocatively only interviewed anti-groups with Congressman Gutierrez from Chicago being the only “pro” reform spokesperson.
Meanwhile with the collapse of Senator Arlen Specter (R) from Pennsylvania on EFCA there was foreboding in the air.  More recently the announcement that the shaky lady from Arkansas, Senator Blanche Lincoln (D) was also not prepared to vote for EFCA in the current form indicated more trouble.  Not that this is surprising.  Lincoln facing an always tough re-election campaign in 2010 was going to need special effort and attention.
Senator Mary Landrieu (D) from Louisiana has also been a hard vote to count on.  Reports of casual encounters such as the former IBEW Local 130 organizing director from New Orleans and now AFL-CIO staffer, Lorenzo Scott, running into Landrieu in a hotel lobby in the city and telling him that she was undecided now, have pushed more dark clouds above the horizon.  Once again, none of this is surprising, but it gauges the toughness of the votes to come.
The same battlegrounds will exist for immigration with some different twists and turns.  One has to hope that the field efforts start to show results, and that the administration not only proves that they are willing to keep their word and move these measures to Congress and to decision, but are also willing to show the backbone and brass knuckles needed to win passage at the end of the day. 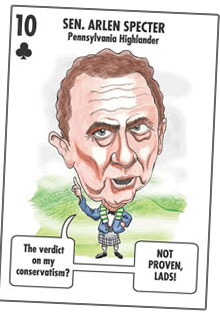