Santiago    I flew into Puerto Plata, an airport and tourist destination on the northern part of the island of the Dominican Republic.  This made sense because I was going to rendezvous with the ACORN Canada staff and fly out with them on Sunday to Toronto and take advantage of cheaper tickets.  It had been a weird day of starts and stops beginning with a 3 am wakeup at home, a 6 am flight to Miami, a missed meeting outside of the MIA due to a “plumbing emergency,” a six hour wait in the new international airport, and an hour late arrival in the DR.  Once there, everything seemed easier, and it was.
Katia Soriano, the head organizer of ACORN Dominican Republic, was standing with a couple of her leaders and staff along with everyone from Canada at the end of the airport breezeway.  I felt badly that they had been waiting, but talking to Judy Duncan later, it turned out that they were so happy to be basking in the warm sun and light island breeze, that they were in heaven.
We embarked with the slow footed van, piled down with all of us, over the mountains to Santiago.  Leaving the airport the sign said 46 kilometers, but with one thing and another on this picturesque trip, it was a 2-hour journey.  About a half-hour in, Katia pulled us over with the cry of “cervezas,” and there we were tilting a cool, Presidente as we enjoyed the conversation and countryside driving through the palms, sugarcane, and small roadside houses and stores of the DR.
I listened to James Wardlaw tell me about the work in opening the new ACORN Canada office in Hamilton, and the recent layoff of steelworkers there in this old industrial city of the north.  The work was finally coming together, James reported.
It was good to see Ercilia Sahores and Rosie from Buenos Aires and hear about the unique and innovative fundraising they have been doing with their volunteers that is now raising a third of their total budget.   Real progress and much needed!
Near me when we finally were sitting with everyone on the patio with a nice breeze and getting to eat in the dark, Jill O’Reilly, the head organizer in Ottawa, said guilelessly how much she was excited and looking forward to this meeting of everyone.
Me, too! 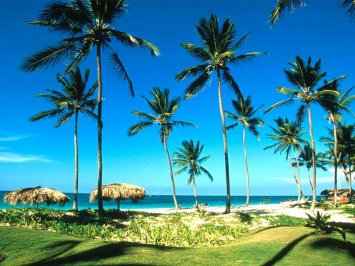