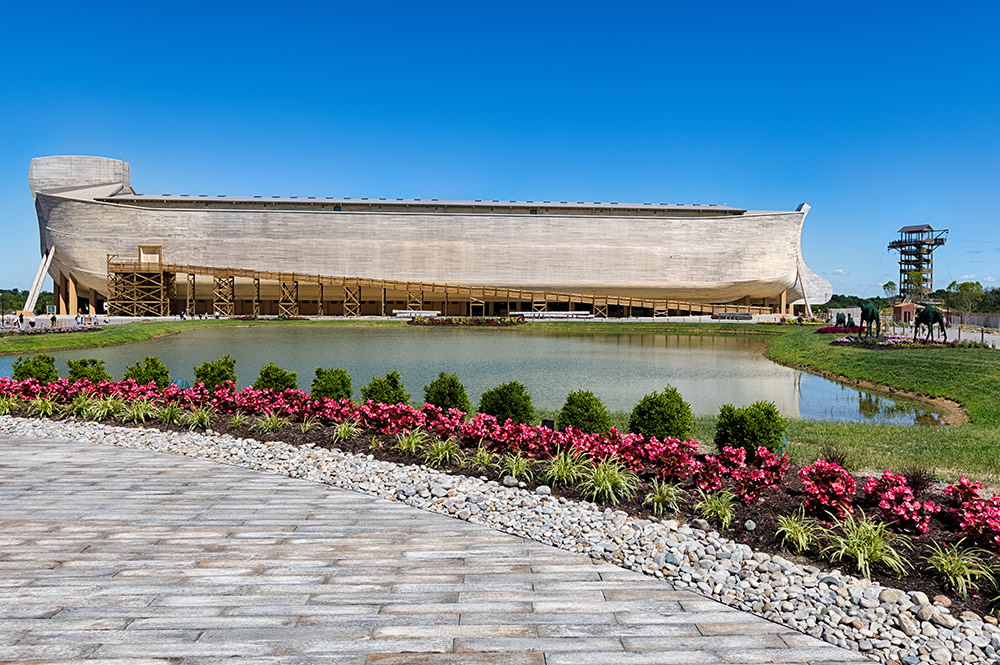 Shreveport   My middle south tour was once again on the road for a new year with visits to Greenville and WDSV, the radio station we help manage, time in Little Rock with organizers with Local 100 and KABF, and then a zip over to Shreveport to bargain the renewal on a nursing home contract with Local 100 stewards and representatives.  Between stops there is a lot countryside full of cotton, soybeans, timber, and cattle.  Managing radio stations, I find myself trying to listen on the lower end of the dial to noncommercial radio whenever and wherever I can find it.  You always learn something!

Well, I found myself riveted to one show I stumbled onto when I heard myself listening to callers talking about standing tall over a controversy that was new to me involving a replica of an ark, purportedly THE ARK, as in Noah’s ark.  The Bible story holds that God told Noah a flood was coming and to build an ark large enough for people and creatures to float out the storm, so he did so.  In and of itself, that story has provoked endless controversy and crises of faith between believers and scientists who scoff at the impossibility of the situation and cite the geological records as evidence as well.

This controversy was different, though I couldn’t quite puzzle it out from the radio call-in and talk fest being conducted on “Washington Watch” by the notorious rightwing gay basher and politician threat hurler, Tony Perkins of the Family Research Council.  Callers were complaining that school children were not being taken to visit this ark replica because of some “Democratic communists’ atheists in Wisconsin.”  Perkins was egging them on.  They were encouraging teachers to bring kids on their own at the risk of being fired by their school districts in order to stand up for religion.  I was going down a wormhole and wasn’t sure there was a way out!

The internet tells me that a guy named Ken Ham with something called Answers in Genesis has built both the Creation Museum and Ark Encounters in norther Kentucky.  Ark Encounters purports to be an over 500-foot replica of sorts.  He got an $18 million package of tax incentives from the state of Kentucky to build the thing in 2016, and over a $1 million rebate check from the state on sales taxes last year.  Attendance isn’t what they had projected at over one-million in the two years it has been opened, but 800,000 isn’t shabby.

That’s part of the bruhaha, because the heavy breathers are complaining that they would have more ark folks if they could get the public schools to roll the yellow buses up to see for themselves.  The Freedom from Religion folks sent a letter to school boards all over Kentucky and anywhere else telling them don’t pay the admission because of the separation of church and state.  Of course, the admission runs from $15 for children to $48 whooping bucks for adults and that might be part of the turnstile problem as well.

On the radio, they were filled with righteous indignation and fired up about this whole ark thing.  I just wanted you to know what you’re missing in the deep red heartlands.