Frankfurt         Spending some time walking around Rodelheim, a working-class neighborhood in Frankfurt, with tenant activists was an on the ground master’s course in tenant rights and landlord power in Germany.  The area is not gentrified exactly, but it is easy to see new developments coming in that could tip the scales dramatically.

Having just looked at renovictions and demovictions in British Columbia, I was full of questions as we walked passed numbers renovation projects in 4 and 5 story apartment buildings.  Reborn Renovations says 75% of Germans are tenants, so in areas like Rodelheim a single-family house is an unknown quantity and even the smallest houses are two and four family operations.  Demovictions, where properties are demolished and tenants evicted are rare here, I was told.  When we saw something coming up from the ground as new construction, it was after an old building had essentially collapsed and become inhabitable.

Renovictions were more commons (see here for services and companies that expertise in renovation), but there was a very different, very German twist.  The rehabs were ostensibly being done on older post-war buildings to make them greener and more environmentally sound, essentially creating an air zone to insulate the buildings better along with other upgrades. 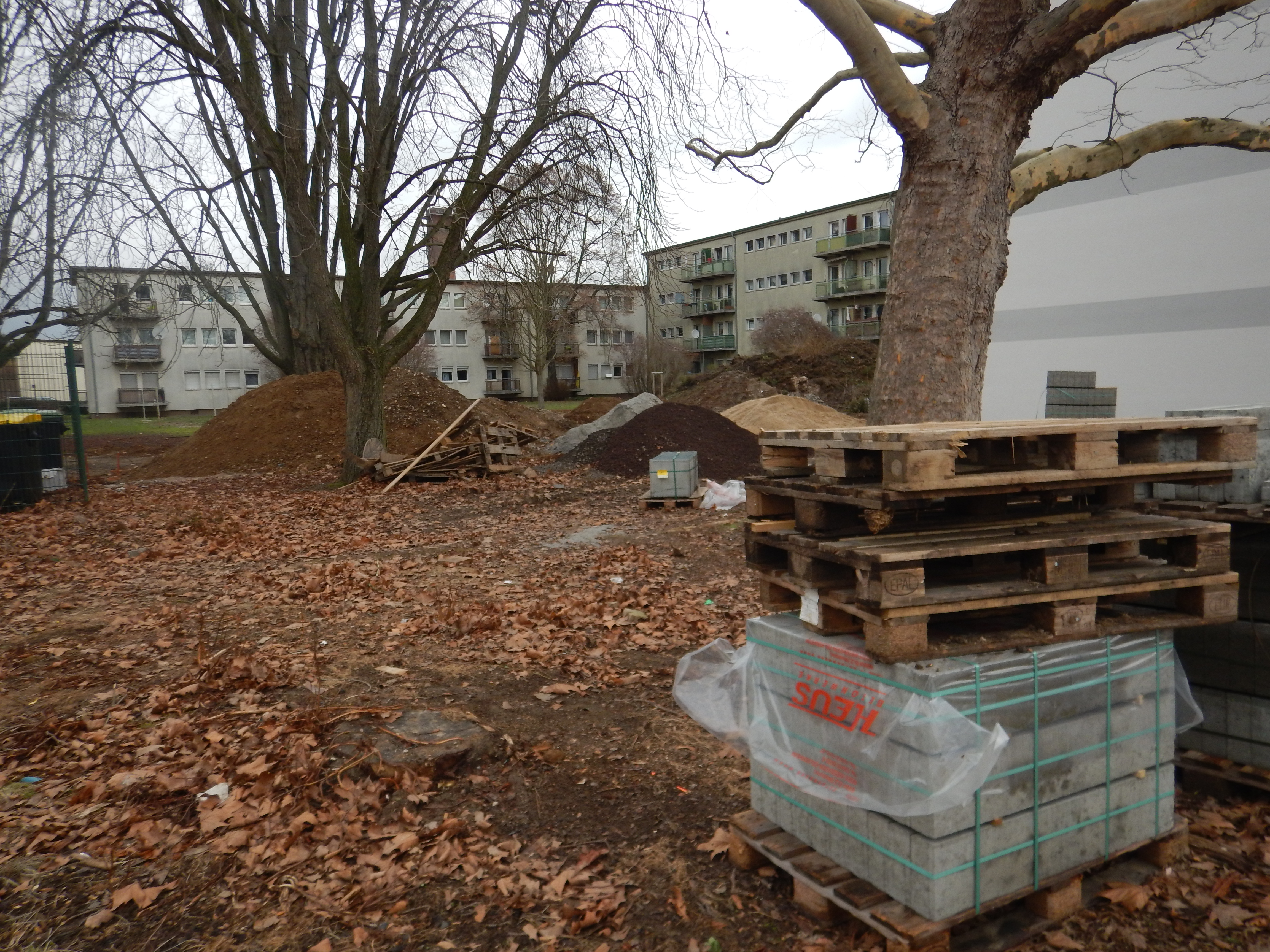 Tenants were not exactly evicted.  In fact, tenants have permanent security of tenure in Germany.  There are no leases.  Once a tenant is in the flat, they can stay forever except for certain conditions like repeated nonpayment or engaging in criminal activity on the property.  The tenant almost gains an entitlement to the apartment.  Landlords, through their real estate owners’ association, have managed to take advantage of these tenants’ right in a costly way.  The modernization law allows them the option, which most gleefully exercise, of passing on the cost of the renovations with an increase in the rent to pay for the work over a period of years.  Every three years, landlords already have the right to exercise an option to raise the rent by up to 15%.  They can add on this modernization charte as well.  Because of this law within ten years most tenants will have collectively paid for the renovations.  Within twenty years, as these excess payments accumulate, the landlord will do even better since they can simply bank those increased rents.

The building where I’m staying in a spare room is a good example.  There are renovations ongoing on the outside cladding as well as on the elevators and so forth.  Some 40%, if I heard right, of the tenants have already left in anticipation of being assessed the increased cost of the renovations.  They were not evicted, but they read the writing, literally, on their walls. 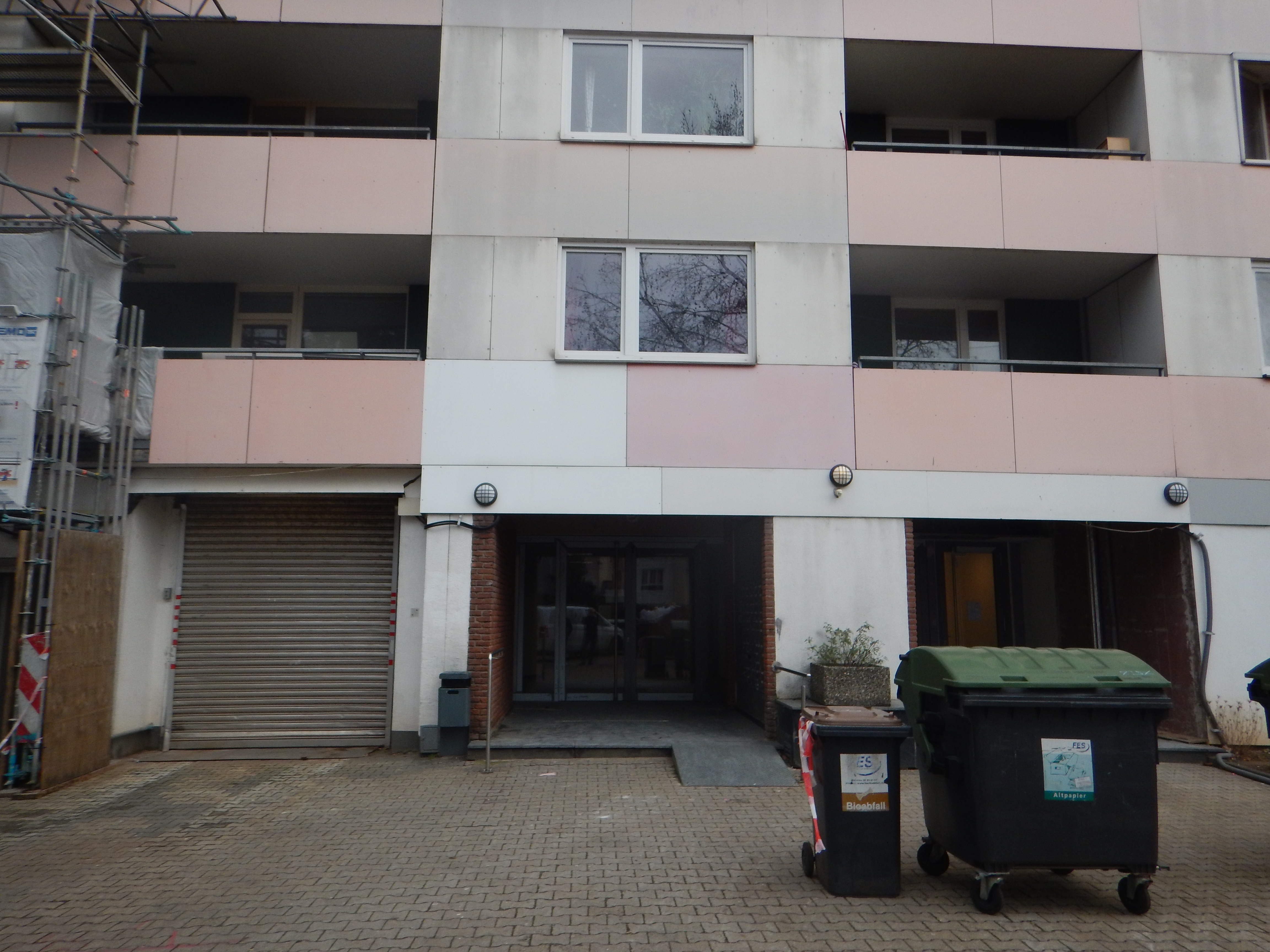 The tenants have not been able to stop the rent increases that are coming, even though this big tower block is owned by a scientific foundation.  They have won noise abatement breaks in the construction of a half hour early in the day and in the afternoon and an hour around midday.  That is an unusual, but significant victory that may prevent the noise from chasing some tenants away, although the renovation pass-through to the tenants may be more effective in gentrifying the building.