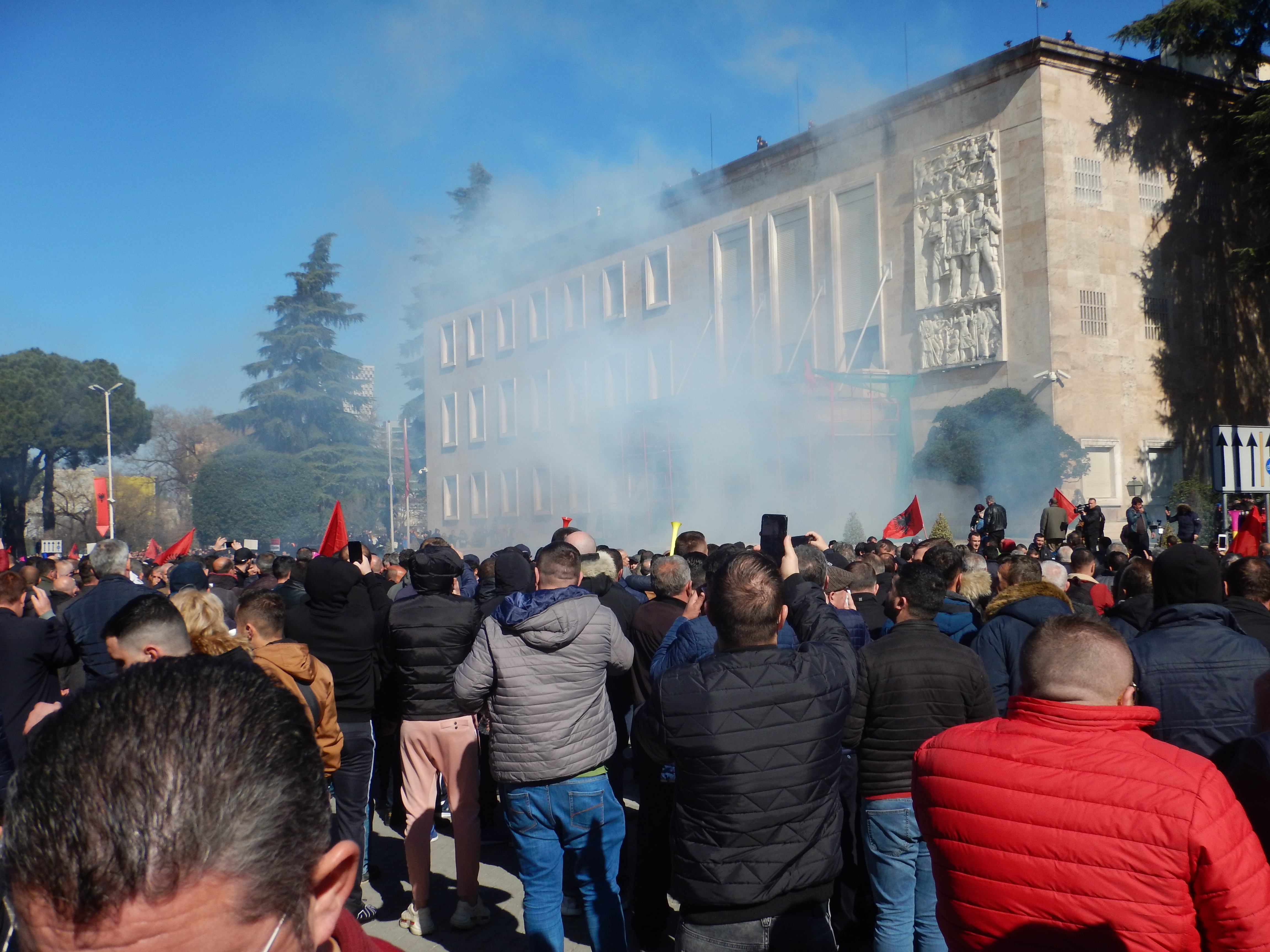 Tirana   You first feel the tear gas in your eyes, but quickly a small cough hacks away, as you put a handkerchief over your nose and mouth to breathe more easily.  Standing back from throng so we could observe clearly, we knew the tear gas was coming even before we felt its effect.  A surge of the crowd to the left of us swept nearby toward a street along side of the Parliament building and across from the Prime Minister’s offices.  Earlier, we had observed the security forces with their cameras from the tops of both buildings monitoring the crowd.  When flares and Molotov cocktails were thrown from the crowd over the police line towards the scaffolding covered in a green shroud in front of the main doors, and the first protestors broke through the thin police line, the security at the top of the Prime Minister’s building seemed to have left their posts.  When they returned, we could see them hoist their tear gas launchers and repeatedly fire straight down at the crowd, setting off sharp explosions and billowing clouds of gas. 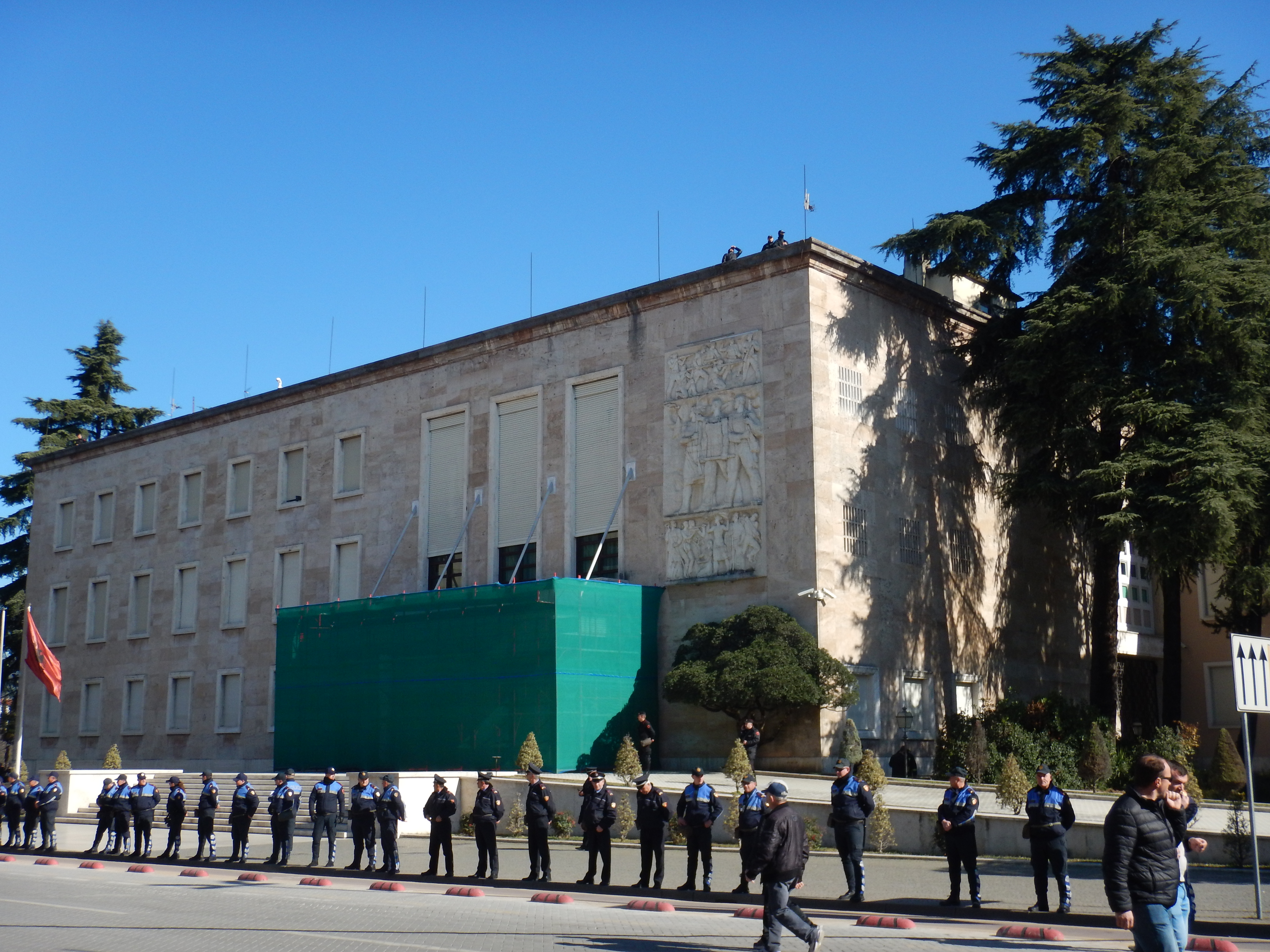 Strangely, this seemed the point of the protest itself.  We had watched it gather before the announced time of 11 AM.  The small groups of mostly men had milled around for some time, as we watched the thin police line form along the edge of the streets bordering the building.  I would estimate no more than 500, none with guns or outfitted with riot gear, but all simply uniformed with tear gas masks connected to their belts.  There were no barricades, which would have been a common feature in the US and UK, especially for a protest so well advertised around the country.  The police were the least intimidating I have ever seen.  Fifty kindergarten children running at play would easily have broken through the line at many points. 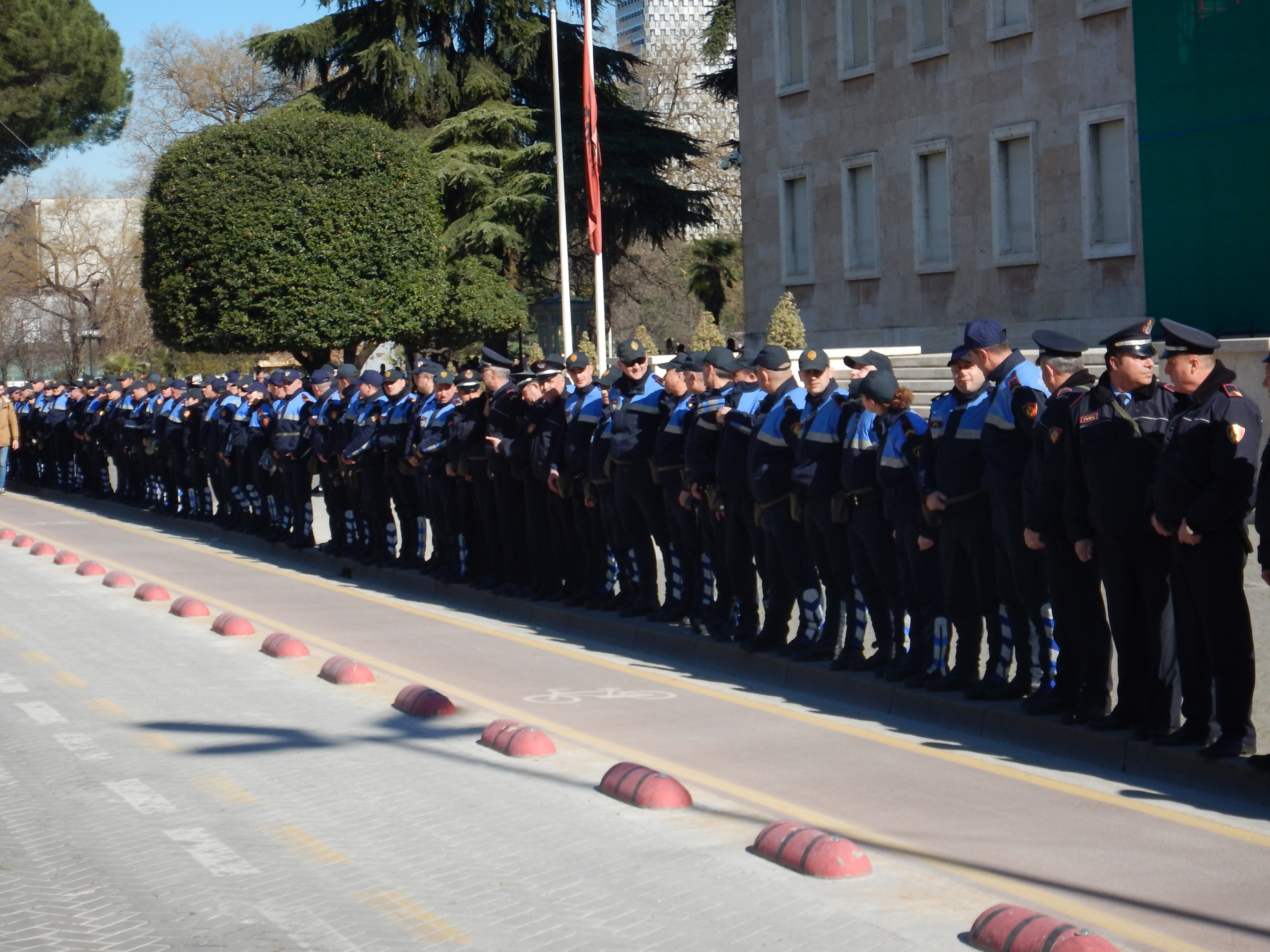 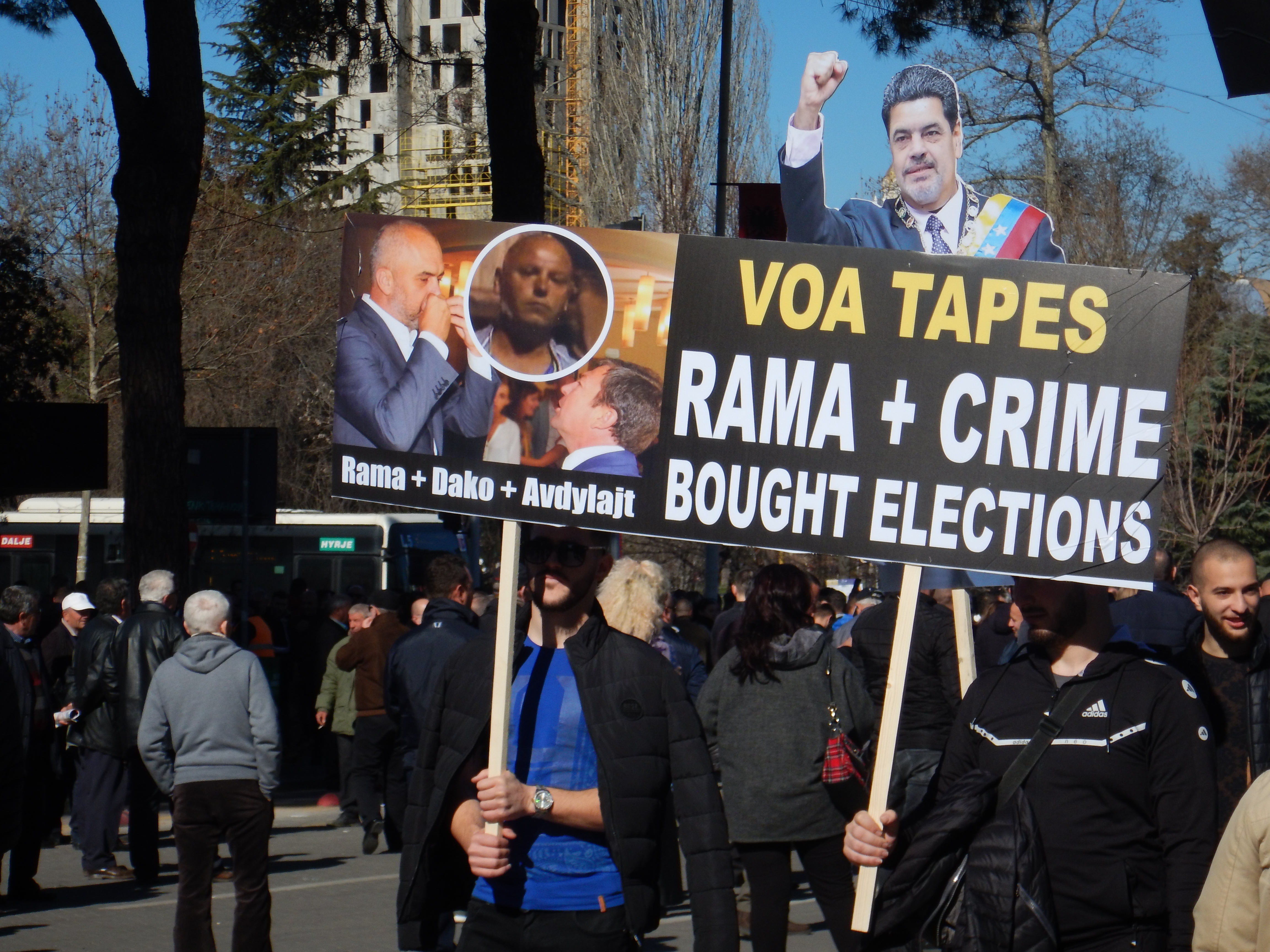 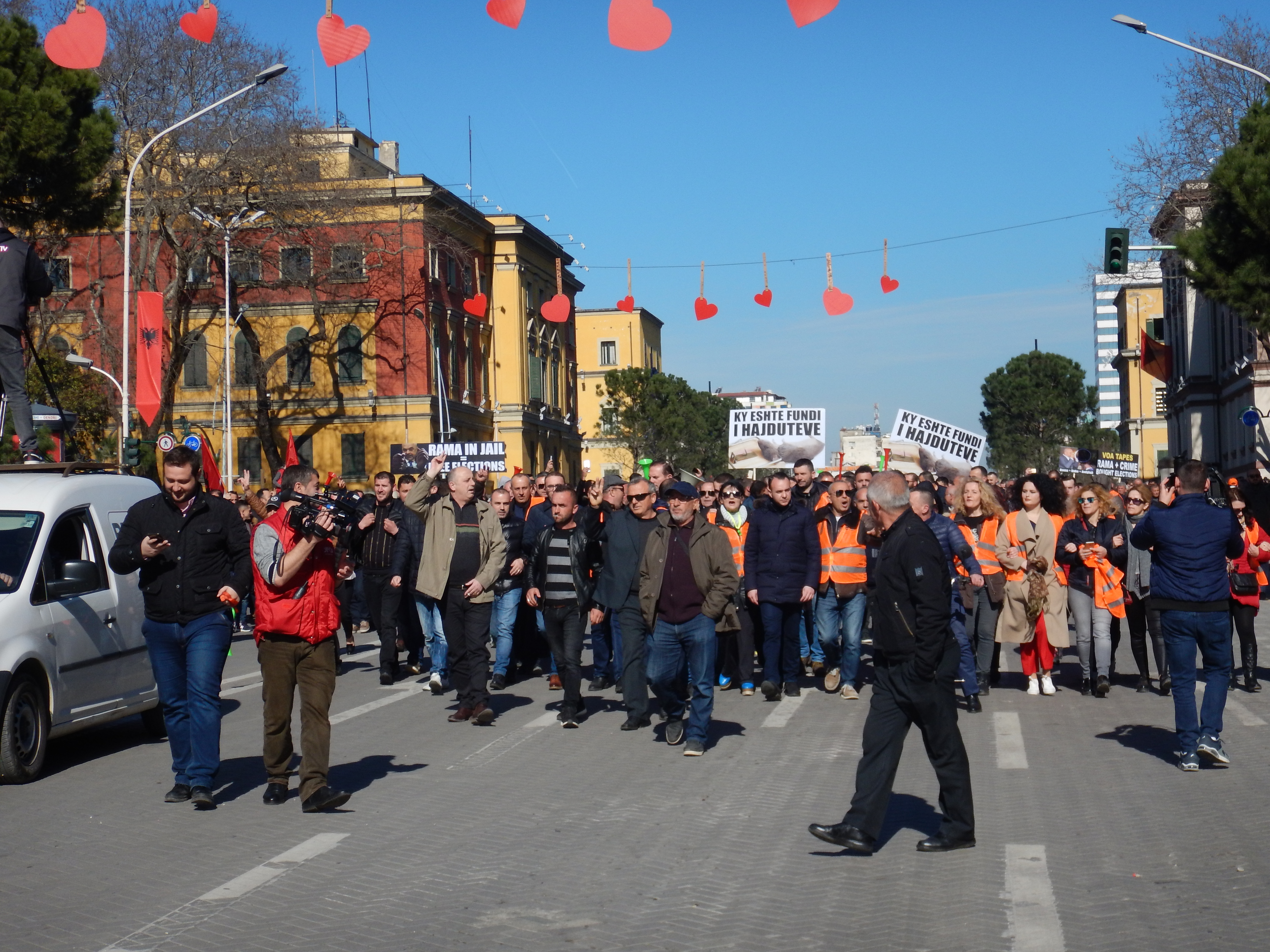 This was simply a demonstration and a dance that both sides knew would start with the first movements and end with tear gas and tedium.  There was never a chance that protestors would breach the building.  There were no speeches.  There were a few signs and some Albanian, and, even American, flags hoisted by the protestors.  There were perches built for the TV cameras and media aplenty.  There was some momentary excitement as the lead line marched up the street but that stalled once they arrived in front of the building.  With a crowd I would estimate at perhaps 10,000, though some later news reports said it was “tens of thousands,” they then seemed to wait until most had assembled to go through the motions of seeming to assault the building. 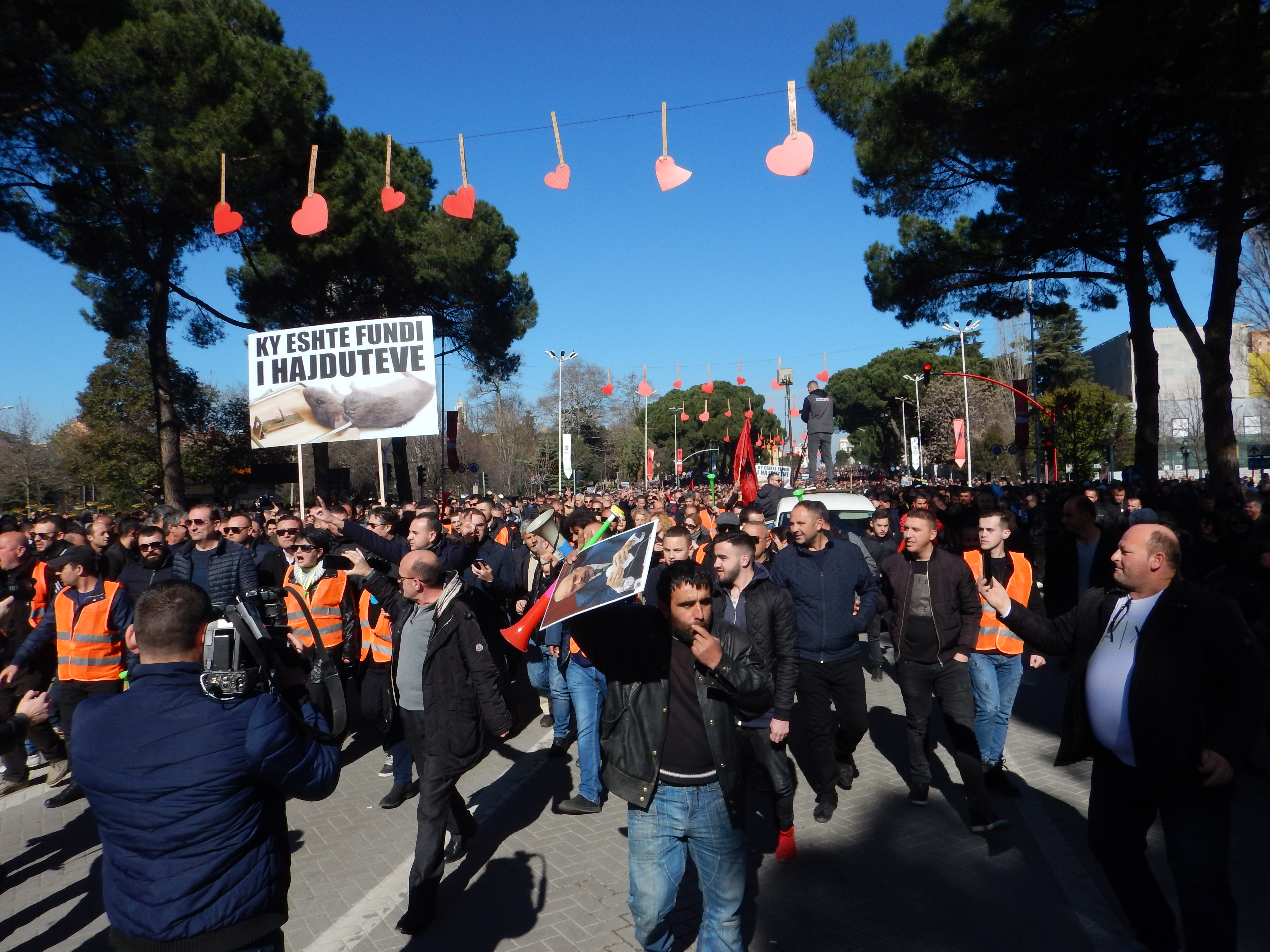 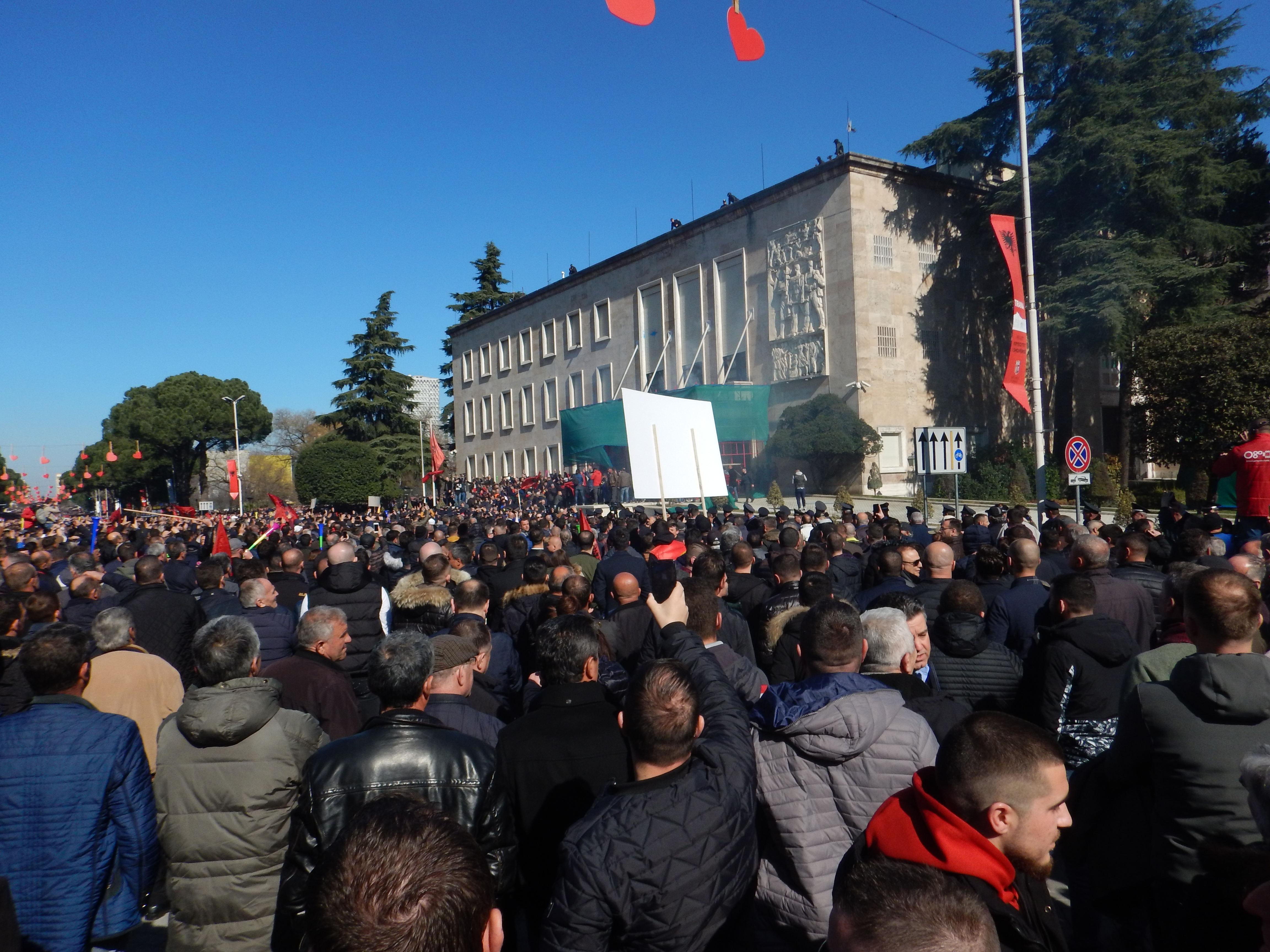 The Prime Minister was in the south, though there were rumors he was in the nearby port city and protestors had surrounded him.  This was part of the jab and feint of opposing parties that had been seen in Albania for decades.  The current ruling Socialist Party in several elections, some very controversial, had finally unseated the Democratic Party that had ruled for years since the fall of Communism.  The SP had boycotted Parliament frequently in protest as it increased its numbers behind Edi Rama, who had finally also won election as mayor of Tirana, where more than a third of the country lives.  The Socialist Party became dominate in 2013 and then finally won an outright majority of 75 of the required 70 seats to control Parliament in the 2017 elections.  The next elections are in 2021, but the Democratic Party is unhappy at the current situation and using these protests to demand new elections for parliament now.  There are wide accusations of corruption and connections to drug trafficking, but a quick reading of national press doesn’t seem to raise these concerns past a modest level.  Public employment is huge in Albania, and the “in’s” push away the “outs” without anything resembling civil service protections, so much of this seems to mostly be the “outs” trying to stage a comeback and prove their relevance to the public while gumming up the works with a measure of gridlock in legislation to block reforms protested by Prime Minister Rama and his party in the meantime. 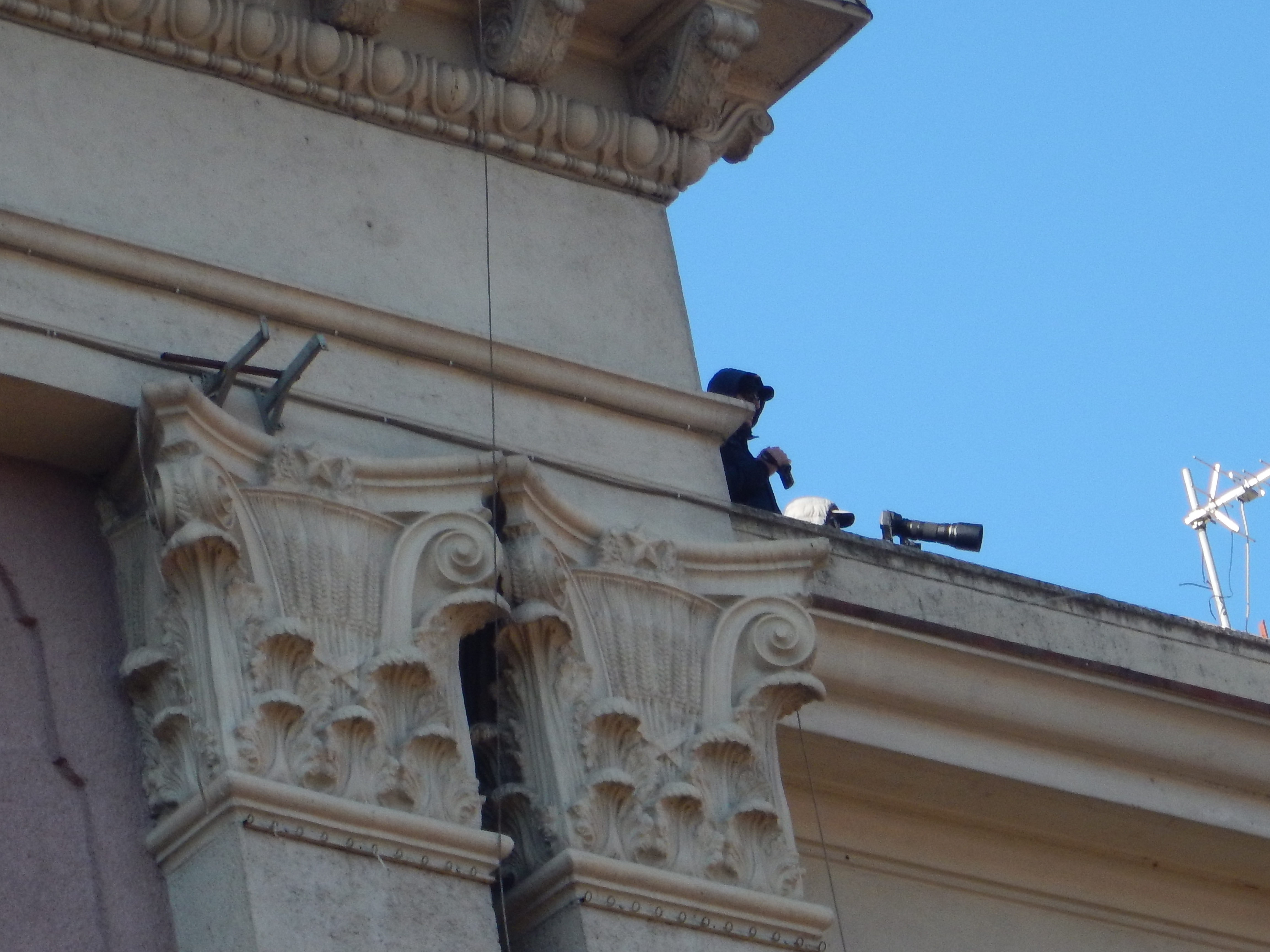 We walked past the tear gas into fresh air, spring-like temperatures, and a beautiful sunny day by noon, along with thousands of others, leaving the rest for what reporters wrote ended many hours later until undoubtedly another day.