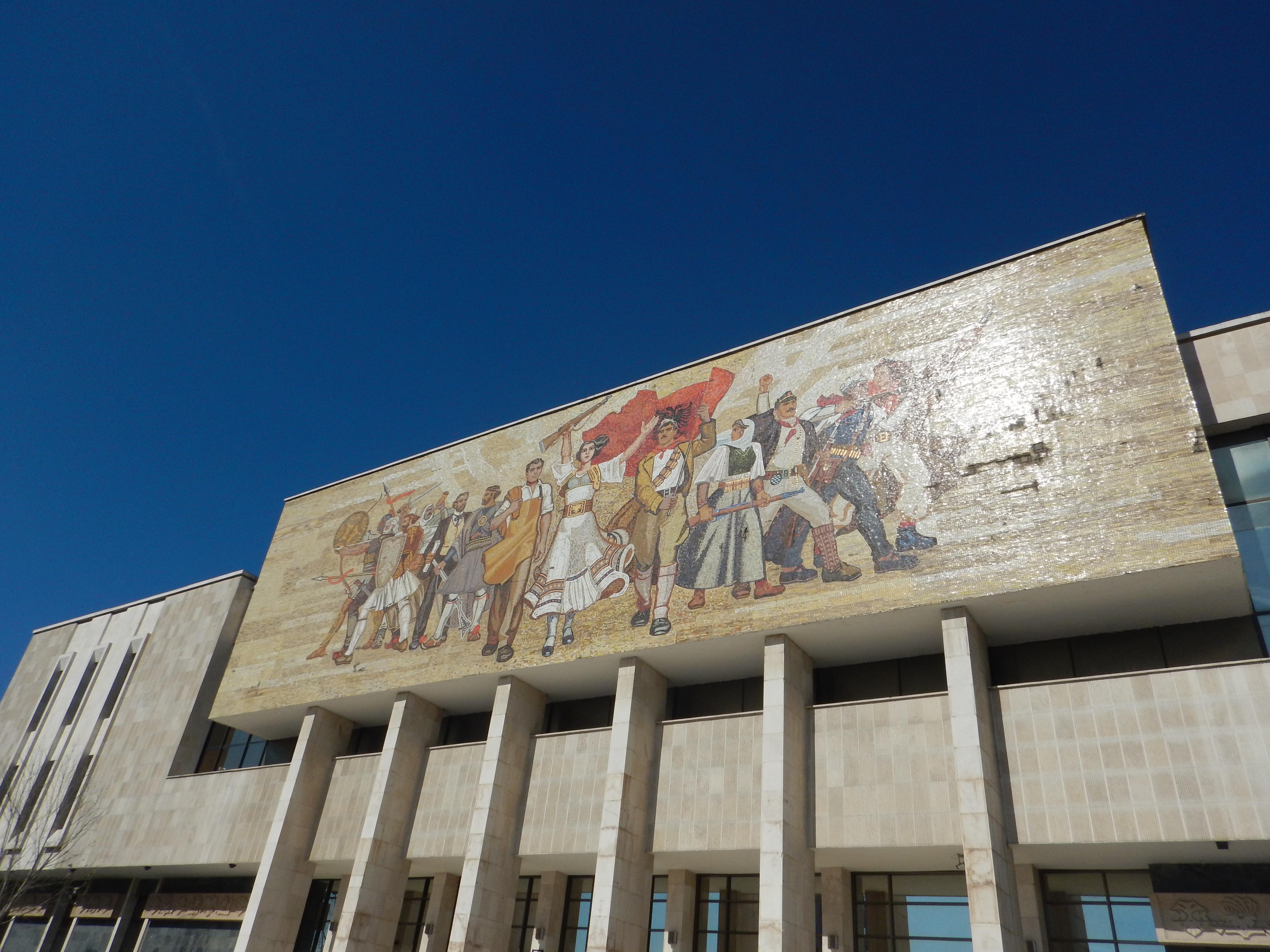 Tirana      My visit to Albania was winding down.  Only a few meetings left, including a wrap-up and next steps discussion with my colleague and fellow.  An email needed to be drafted to follow up with the half-dozen or so people I had met who indicated a real interest in learning more about community organizing and whether or not they would be interested in an ongoing ACORN project.  Always on my travel list are the botanical garden, which was a hard “no” in the winter in this mountainous country, and the national museum, because it describes how a country wants to present itself.  In this case the museum was open and faced the central square in the capital of Tirana, so I was game, even if it was a backwards way of understanding the country by seeing the museum last, when I probably should have made a point of seeing it first.

The Albanian national museum was huge with spacious exhibits across three or more floors and expansive galleries.  It was also remarkably modern and well stated, having been renovated in recent years. 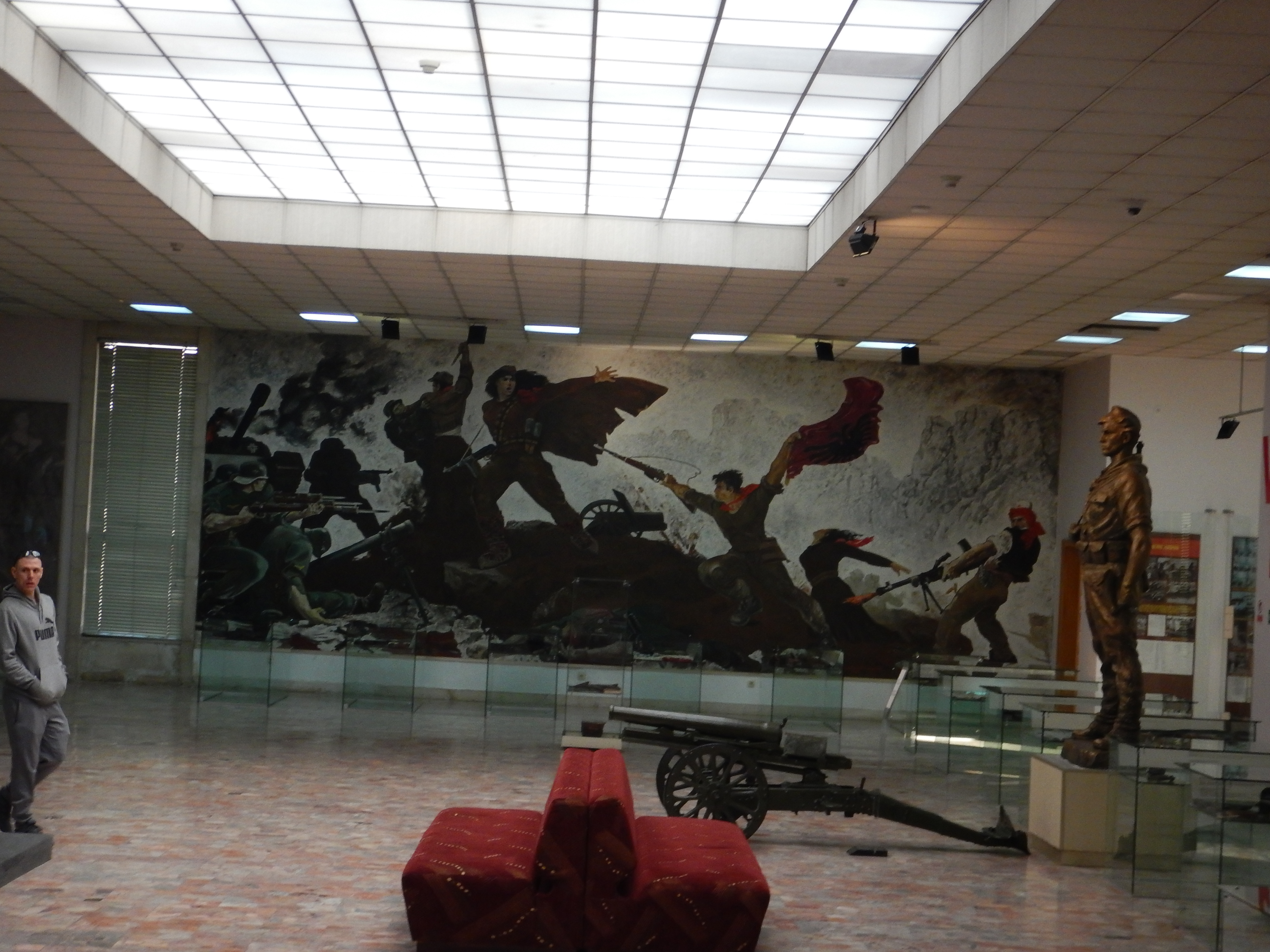 Going from floor to floor one, I found myself constantly battling several overriding impressions.  One was that for thousands of years the country’s identity was less Albanian, than it was an amalgamation of the countries and cultures that had subsumed or conquered the land and its people.  The other was that the arc of this small country’s history was war, subjugation, and resistance, division and struggle. 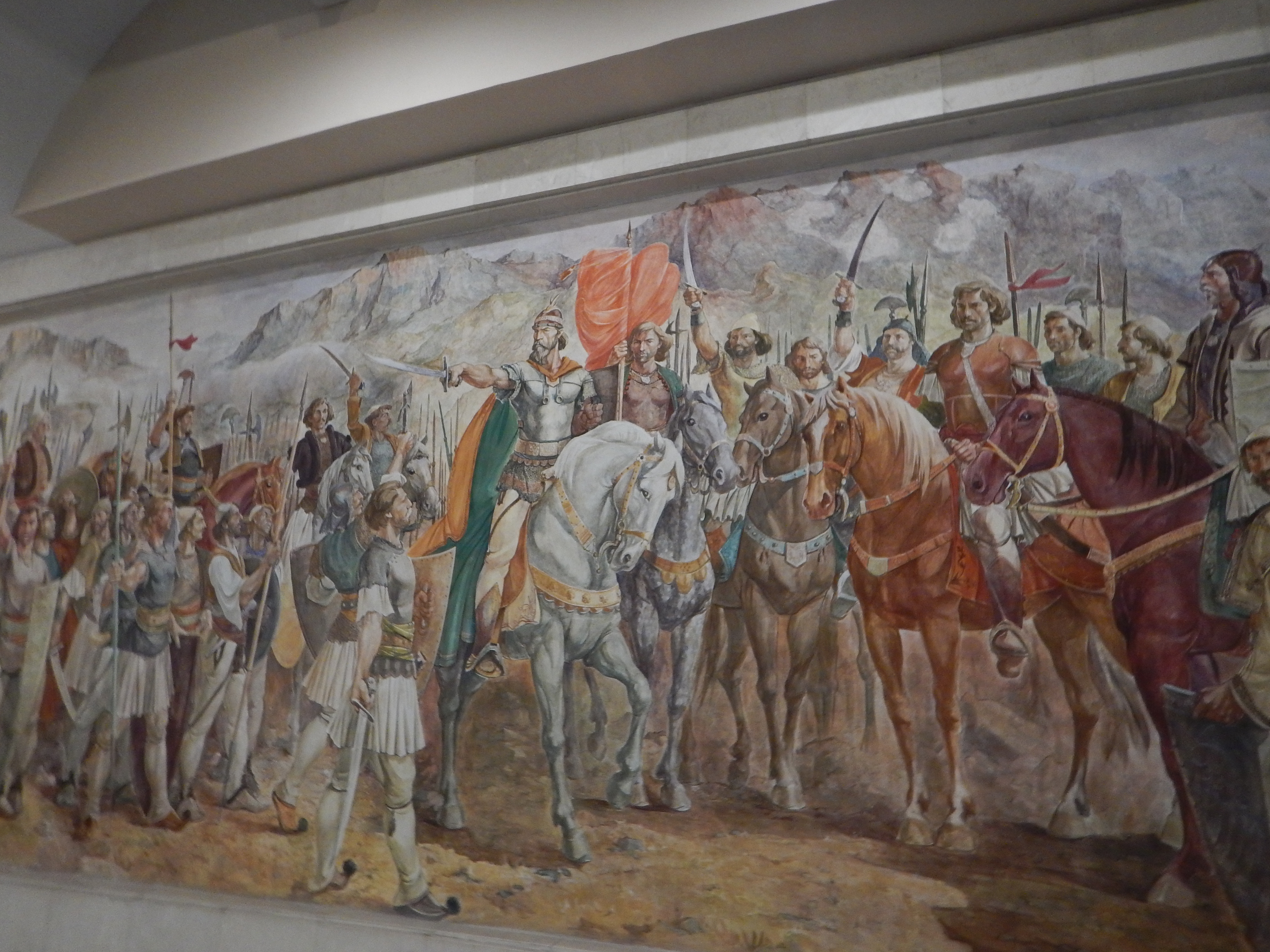 Positioned between Greece and Macedonia, across the Adriatic Sea from Italy, and with Serbia to the north, whether in story or costume, beginning 2000 years ago, the country’s architecture, sculpture, and presentation was Greek.  At least it was Greek, until conquered by the Romans, and then part of the eastern division of the Roman Empire directed from Constantinople.  Then it was overtaken by barbarians including Huns, Slavs, and Visigoths who were largely just passing through until five hundred years under the Ottoman Empire moving from Catholic and Orthodox to majority Muslim with a language most closely resembling Turkish.  Then off and on independent until overtaken by a Fascist assault from Italy, then World War II, and communism until 1991.  Map after map in various displays detailed the dates of attacks on various cities in one campaign and war after another.  Many graduating from an Albanian history class must ask themselves where the “there” is, when it comes to defining Albania. 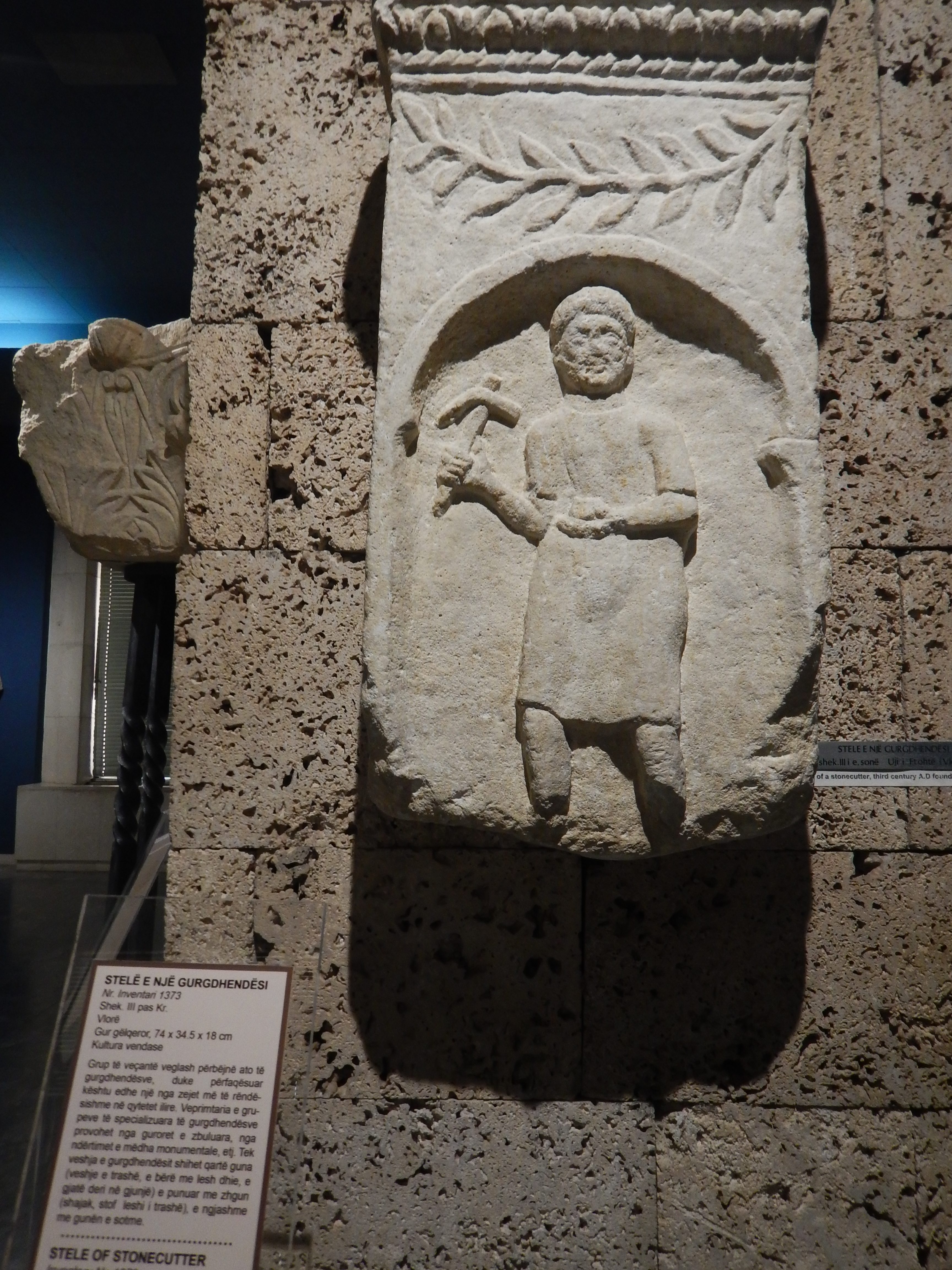 To the degree history is always written by the victors, there are still contradictions and unanswered spaces.  The fight against Fascism by partisans received major attention in the museum, but even as a visitor looking at the pictures of some of the leaders who organized the Labor Party and ruled as communists for decades, that story is only told through the lens of executions and prison camps without any other leavening or even explanation:  heroes in WWII, goats fifty years later.

Though the country is more than 60% Islamic, there is an entire room dedicated to 18th century Catholic iconography, and nothing anywhere to highlight, much less explain, the majority of the population’s conversion to Islam in the same time periods and honor that tradition.

There are simply gaps in the timeline.  The museum’s detailed history pretty much stops forty years ago, other than a room about Mother Teresa and Pope John Paul’s visit.  The Albanian national museum tells many stories, both the ones it wants the public to know, and the ones it is still not sure how to tell. 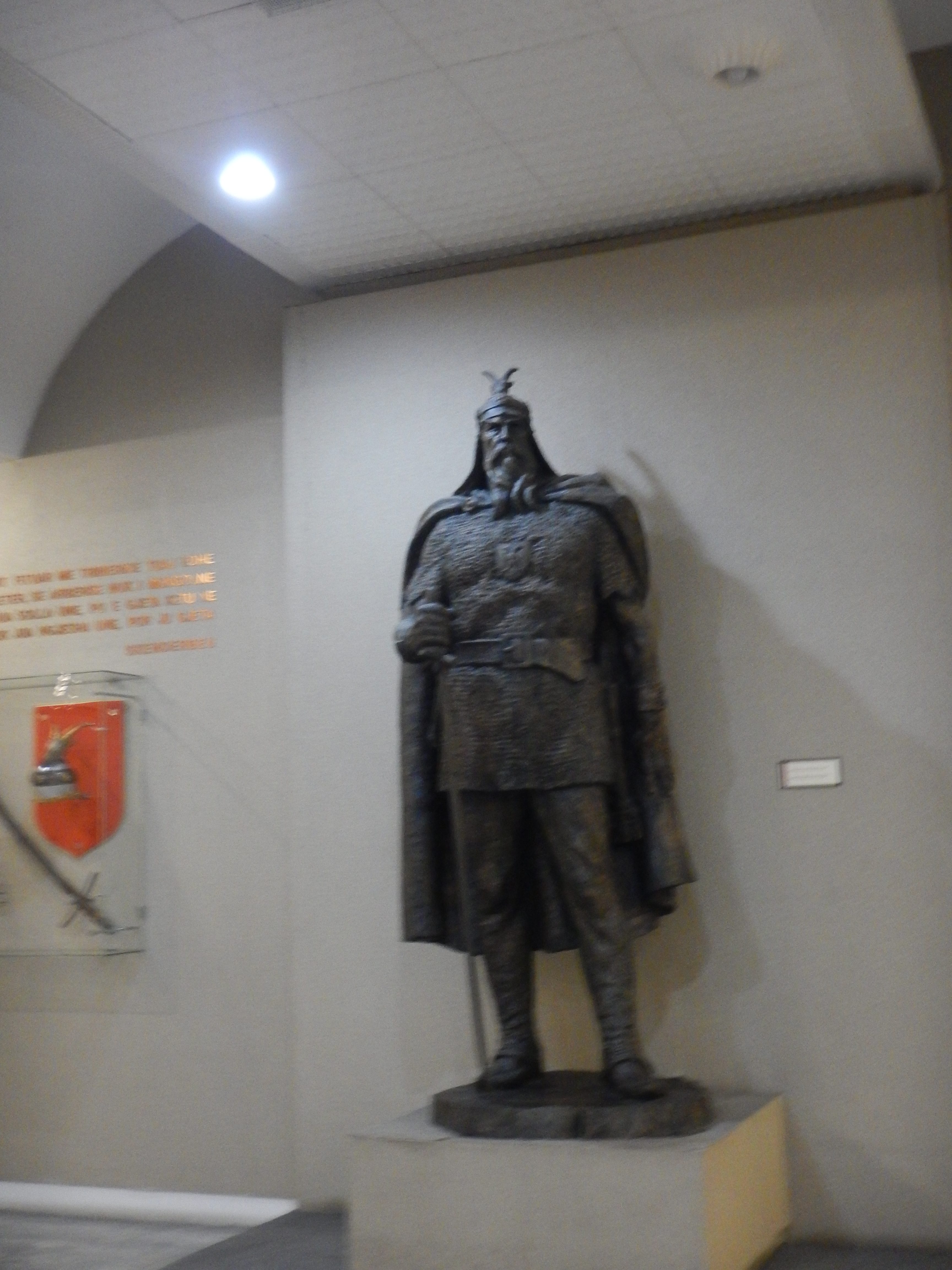 Please enjoy “For Real” from Tom Petty & the Heartbreakers. Thanks to KABF.