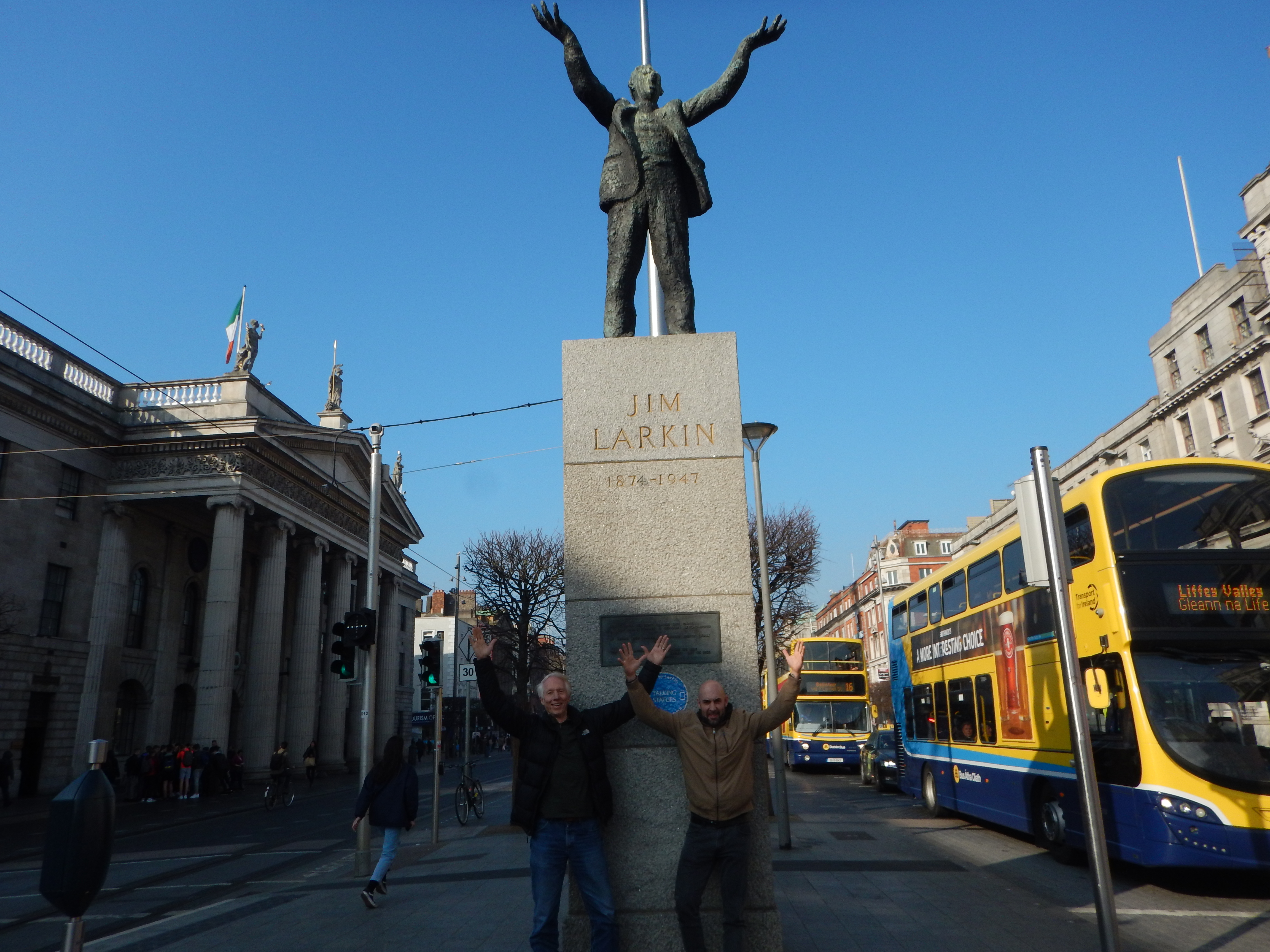 Dublin    From the bus stop in central Dublin until we reached the upstairs meeting space in the pub, we seemed to be on a tour of one housing struggle after another.  We had our pictures taken by the inspirational statute of a famous labor leader on the main boulevard of Dublin.  We had a mid-afternoon Irish breakfast at a spot across from a long occupation where buildings were squatted for quite a time after tenants were evicted.  We passed apartment blocks being built by private companies for students on public land in a massive giveaway, while social housing was not being built for lower income families in the city.  Nick Ballard, ACORN UK’s head organizer and the primary driver of the ACORN Tenants Union in England, and I were excited to finally be getting the full picture of all of the tenant groups and their activities in and around Dublin.

Seamus Farrell of the Dublin Central Housing Group had sketched out a map for us earlier that gave us the geography that various groups covered.  Several worked in north Dublin with a smattering of groups in the surrounding counties as well as other activity in the south and southwest.  The Irish Housing Network provided support for groups around Ireland.  We already had a sense of the housing affordability crisis in the country.  Many of the groups were active in eviction defense and handled casework for tenants trying to get them through the excruciating procedures in the civil and housing courts to win their rights or deposit returns.  Seamus told us about their outreach for the meeting, expecting perhaps twenty of the key activists. 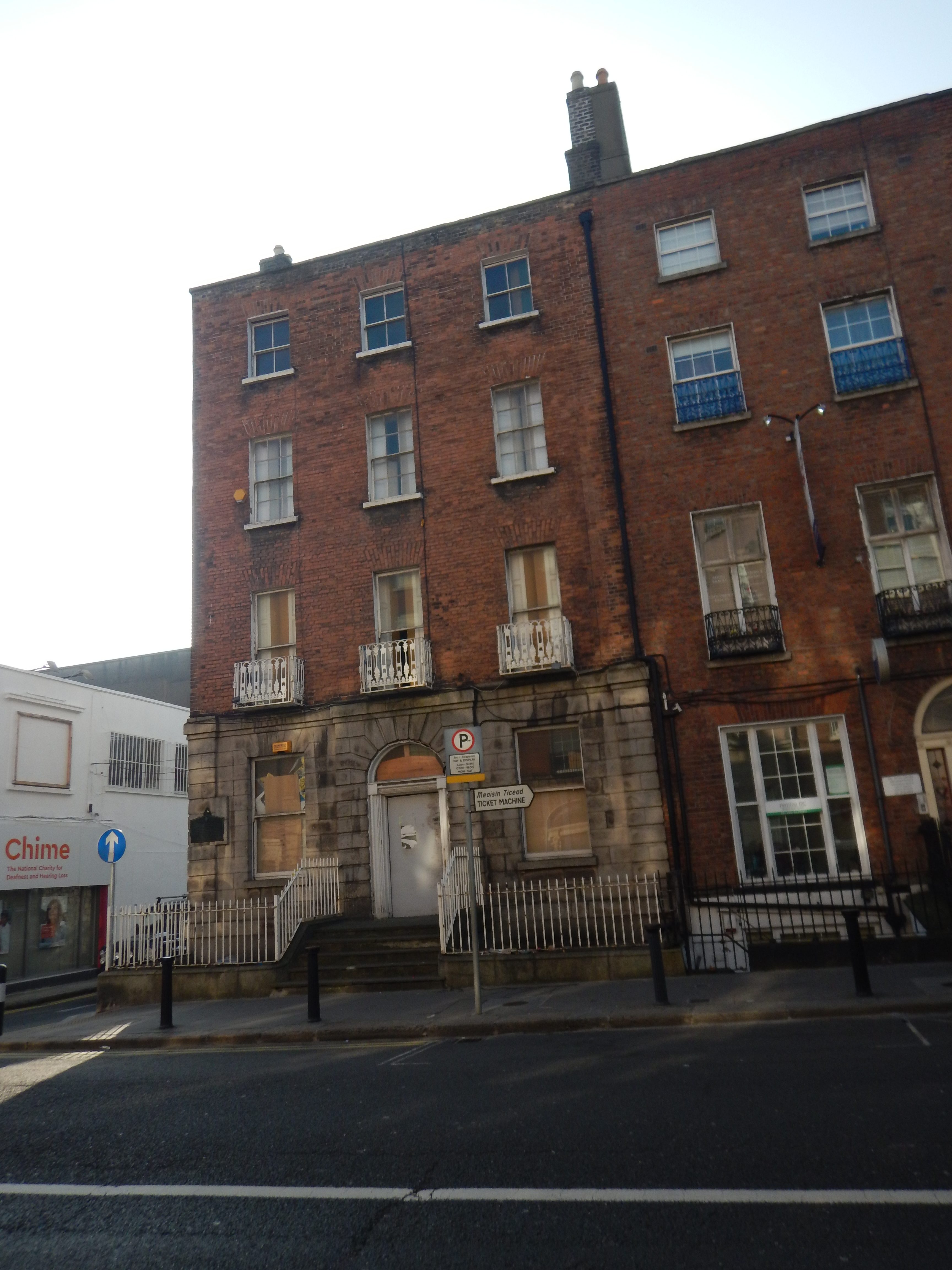 We started on the stroke of 7pm to a receptive crowd of forty representing all the various tenant groups in the area.  This was the third straight night for us to deliver the ACORN one-two-punch after great experiences in Limerick and Galway, but Dublin was the heart of tenant organizing and action in Ireland, so we were anxious to get to the questions and see where people might take the discussion.

These were veterans. They knew the housing issues.  One question after another indicated that they wanted to grow.  They wanted to know how to big bigger and involve more people.  When they recounted their experience, one after another listed the number of activists between ten and twenty and members or followers rarely ranging above one or two hundred.  They were hungry to create the impact that a mass organization could bring.  Over and over they asked pointed questions about how to build an organizing committee, how to approach people and issues, and how to replicate an ACORN organizing drive.

The singular advantage that many in the room shared was their experience in doorknocking.  Several teams were going out to hit the doors as we approached the meeting.  They were not afraid to approach people, they just didn’t know how to glue everyone together.  They wanted to see the diagrams on structure in Nuts & Bolts.  They wanted to see how conflict was handled and diverse people turned into a collective force.  It was an exciting dialogue. 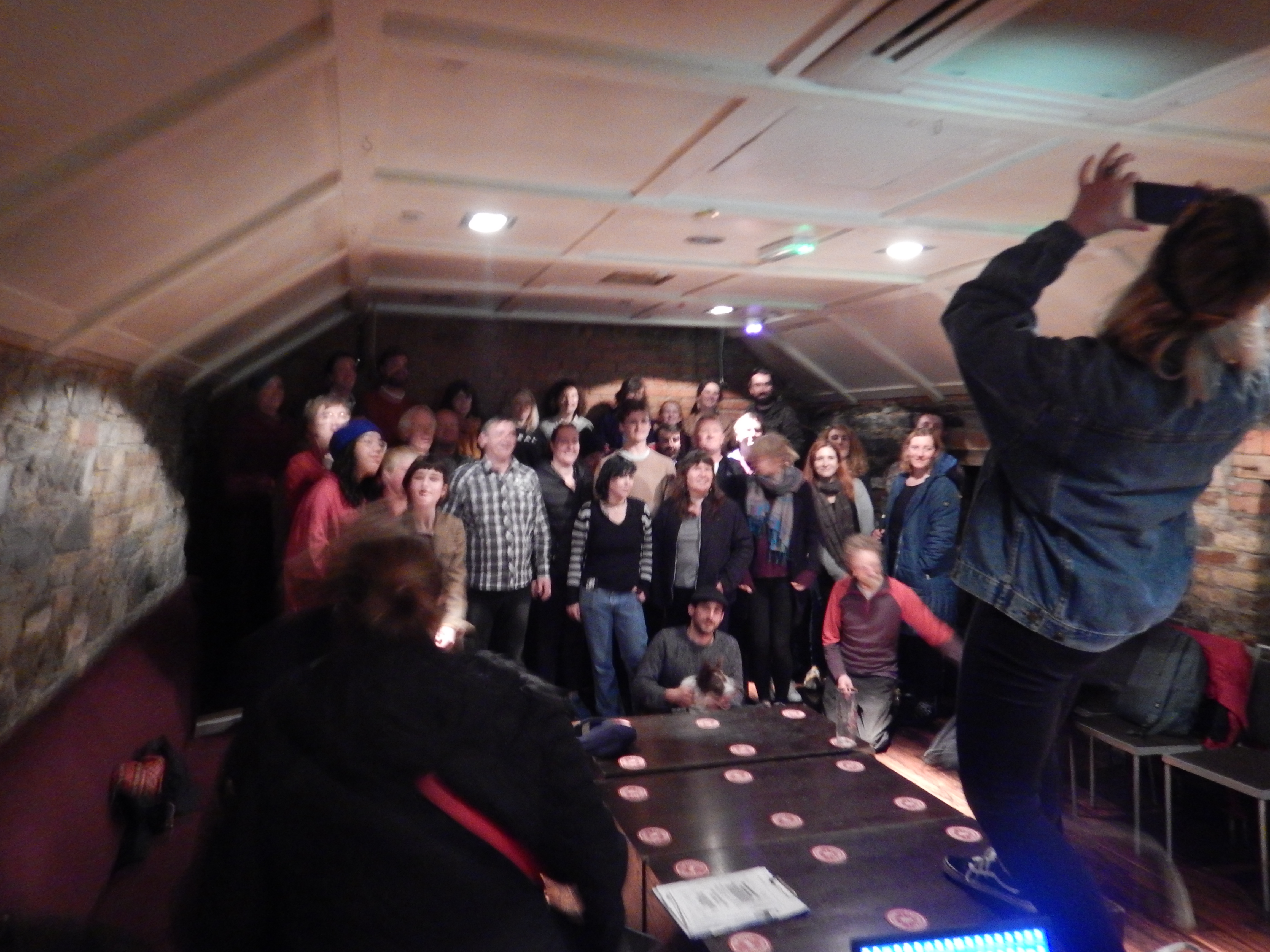 Three days in Ireland, three great meetings, and we’re sitting next to the phone and glued to the computer screen, listening for their call to build a tenants and community union in Ireland that can take the next steps in the great march so many have already begun. 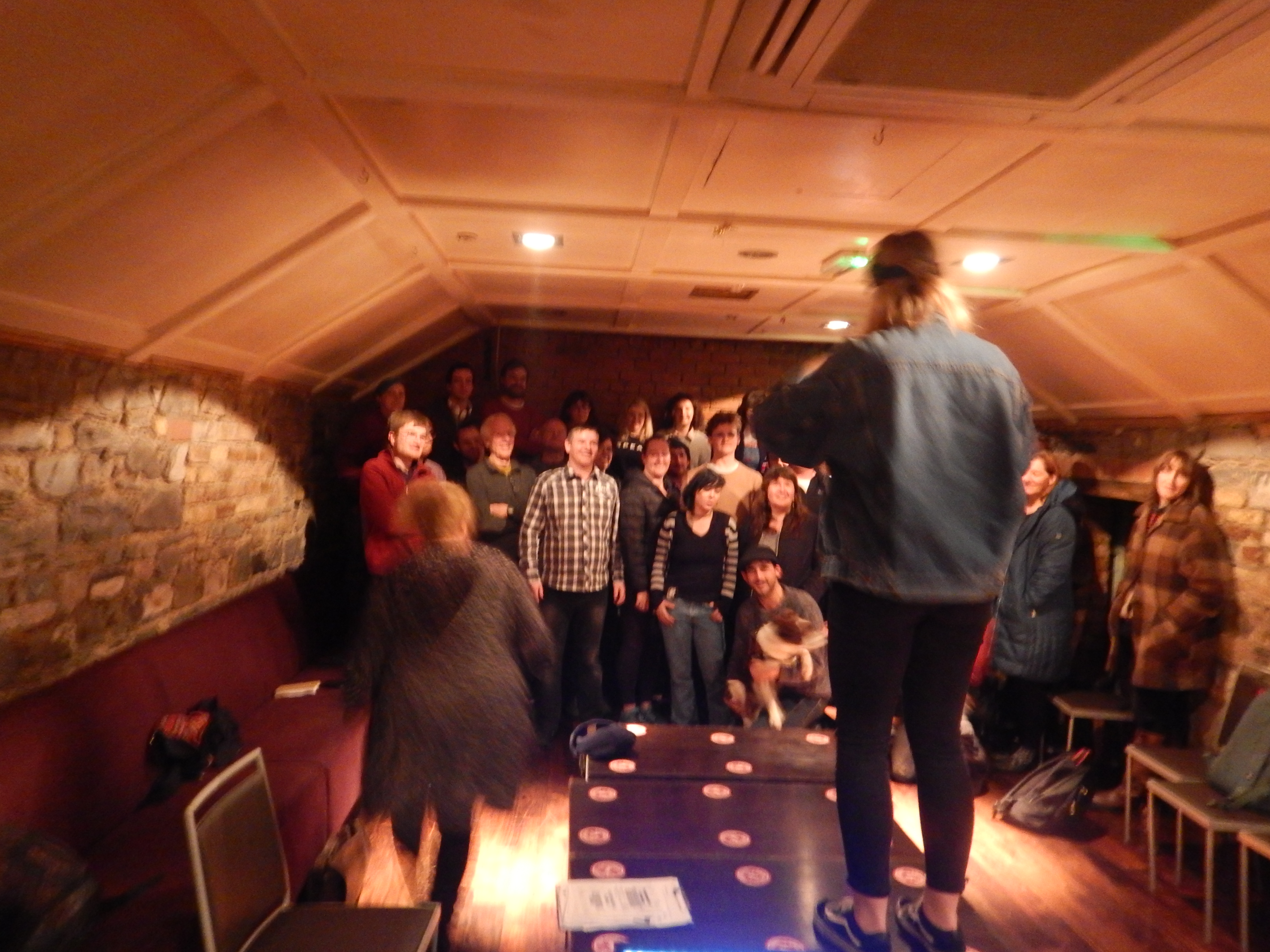