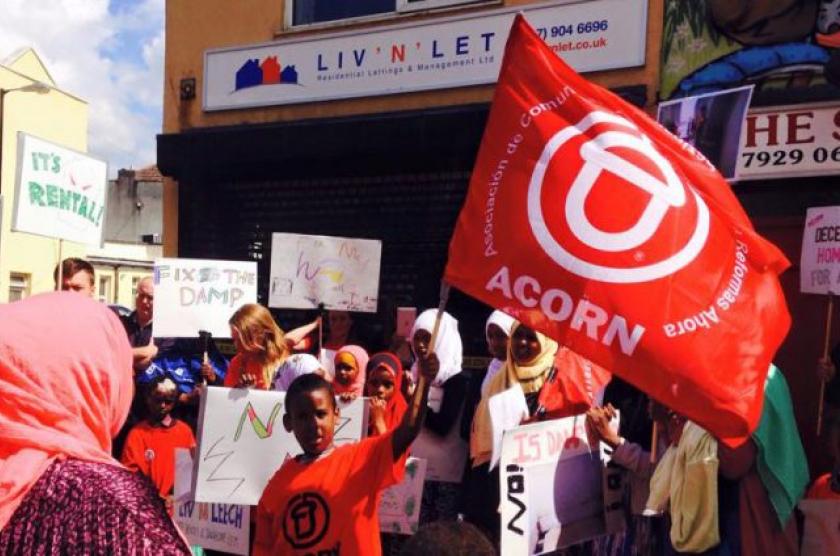 New Orleans    ACORN has been in the headlines in the United Kingdom recently heralding the end of something called Section 21.  It’s worth understanding fully, because this is a huge win for tenants and spells the end for so-called “no-fault” evictions which were poison for private renters and candy for the landlords.

As the The Guardian explains:

“The government will consult on abolishing section 21 evictions in England, meaning private landlords would no longer be able to evict tenants from their homes at short notice and without good reason.  Currently landlords have the right to get rid of tenants with as little as eight weeks notice after a fixed-term contract has ended. The government said that section 21, which is notoriously hard to challenge, had become one of the leading causes of family homelessness.

Prime Minister Theresa May took a break from the Brexit disaster to announce the consultation as she tried to respond to the housing crisis for tenants in the country and shore up her declining support and seeming disinterest in domestic affairs.

The change was the result of a lengthy campaign across the country.  In the final stages, ACORN was part of the End Unfair Evictions Coalition that also included our long time allies Generation Rent and the New Economics Foundation along with the London Tenants Union.  A petition of 50,000 and the support of numerous local governments was key.  ACORN “said the change should not be seen as ‘a gift from a benevolent government’ but the result of a long-fought campaign by organised tenants.”

More than four million households or eleven million people are now renters.  Shelter, although not part of the campaign, noted that “one in five of families who rent privately have moved at least three times in the last five years, and one in 10 say that a private landlord or letting agent has thrown their belongings out and changed the locks.”  Citizen Advice, another nonprofit not involved in the campaign, “suggested that tenants who made a formal complaint about their landlord or the state of their rented home had a 46% chance of being issued with a section 21 eviction notice in the following six months.”

Next step for ACORN is pushing the consultations to a quick conclusion.  The organization is beefing up its ability to handle section 8 evictions when they come with a recently added “defense coordinator” in the main Bristol headquarters.

As The Guardian tried to forecast the future,

Under the proposals, landlords seeking to evict tenants would have to use the section 8 process, which can be implemented when a tenant has fallen into rent arrears, has been involved in criminal or antisocial behaviour or has broken terms of the rent agreement, such as damaging the property.  Ministers have said they will amend the section eight process to allow it to be used by landlords if they want to sell the property or move back in themselves. Unlike section 21, tenants can challenge section eight evictions in court.

This victory doesn’t end the war, just changes the battleground for ACORN, so that at least we will be fighting on more even ground for tenants.