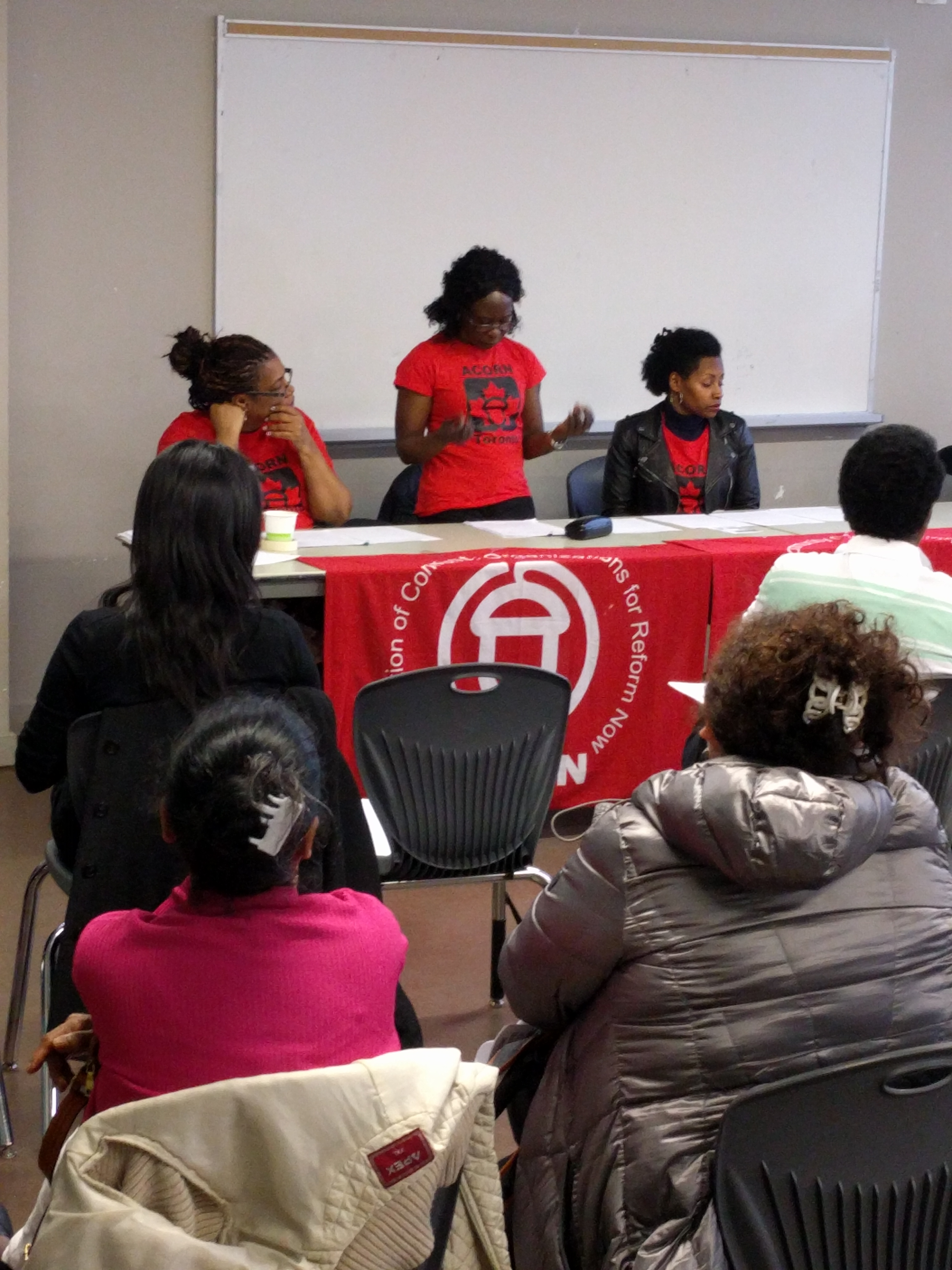 Toronto    The fight for affordable housing is global, but Toronto and ACORN Canada have been at the forefront of this war for the last fifteen years, and even while winning major victories, including recently landlord licensing or RentSafe, as the city calls the program, ACORN members want much more and are committed to fighting to get it.  Listening to an ACORN housing forum with fifty members in the Scarborough area of Toronto last night, there was no question about their determination on a number of fronts.

On the RentSafe program, Marva Burnett, ACORN Canada’s president and the president of ACORN International, was clear, saying “We want more!”  The inspection program only guarantees that apartment complexes will be visited every three years. Burnett made the point that when it came to health no one said only check your temperature or teeth every three years, why is your housing so unimportant.  She and ACORN also advocated red, green and yellow signs after the inspections similar to what a restaurant receives if it passes.  She added that ACORN members were lucky to eat out twice a year, but lived in their units every day, so safe and healthy housing was a higher priority.

The real issue the members argued is that the City of Toronto defines affordable market rent as $1200 per month, and that is “not affordable.”  One of the bulletins being discussed in the small strategy groups at the forum zinged the fact that only one in forty units of housing being developed in Toronto is affordable even under that definition.  One speaker after another said the word “condos” in the same way others would spit out curses.

One part of the campaign now demands “inclusionary zoning,” and this has been a huge battleground.  ACORN is demanding that 30% of developments on private land be affordable rental units and 40% near transit stops, fully recognizing that even on private land developments cannot succeed without public support, infrastructure, zoning allowances, and amenities.  On public land, ACORN is demanding that 100% be rental, and 50% be affordable.

After an explication of the issues still unresolved and the ongoing housing crisis for tenants and low-and-moderate income, the members broke into smaller groups to devise action plans for moving the campaign forward at the next stages.  This is going to be a long, hard fight.

Toronto has always been a tenants’ city in the fifteen years of ACORN’s organizing here, but as the wealth gap increases, areas, like Scarborough, are increasingly condo-and-mall-construction zones.  Driving to the new City of Toronto Hilltop community center where the forum was being held it was hard to recognize some of the areas I remembered years ago when Judy Duncan, ACORN Canada’s head organizer, and I first drove through the neighborhood plotting the early organizing drives.  ACORN leaders and members were spot on:  this is a fight for survival in the city! 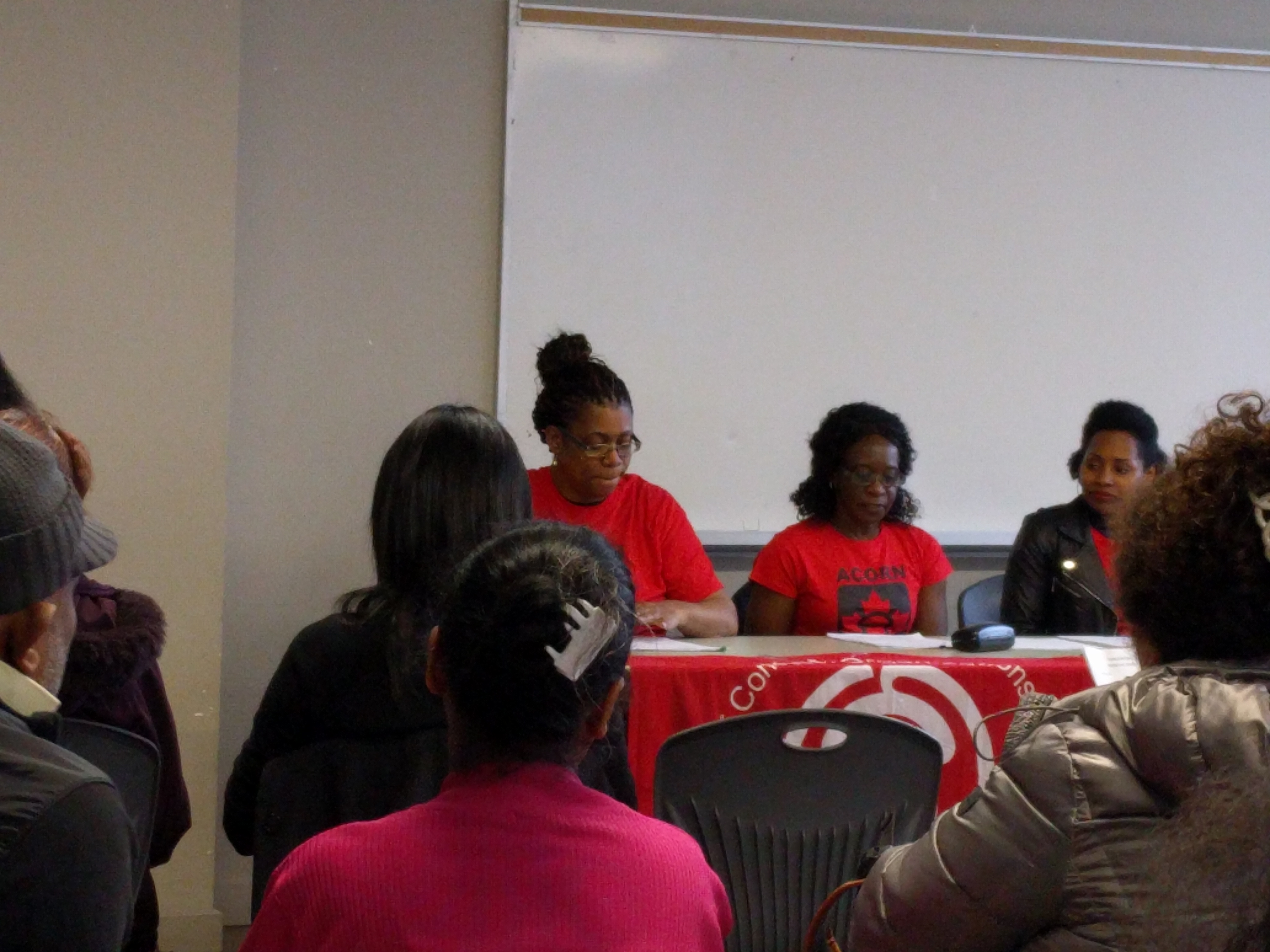