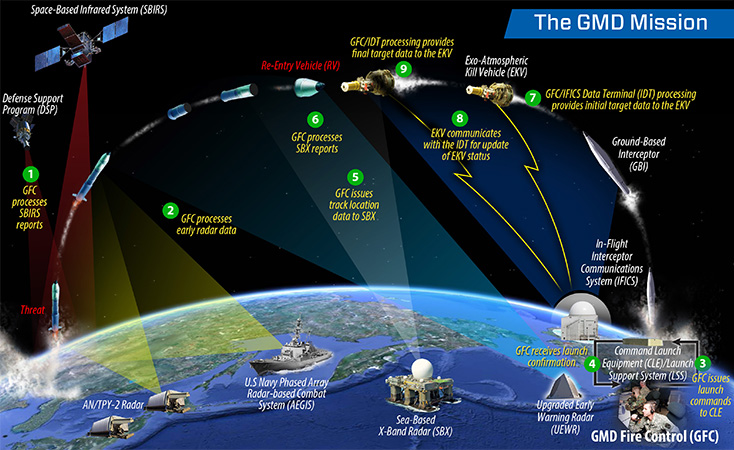 New Orleans       I’m not immune from the horrors of the daily news, god knows, but heavy daily doses have hardened my shell to flak jacket and Teflon resilience.  That said, I found an article in the June 2019 issue of Scientific American absolutely chilling.  Furthermore, I felt like such a fool for having unquestionably believed all of the White House and Defense Department claptrap all of these years, when I knew better.  Worse, I don’t think I’m alone, and that’s equally scary.

Here is their takeaway on why we should be very worried:

And, that’s just the beginning of why we should be scared spit-less!  President Trump claims the system in-place is “95% accurate.”  He is either misinformed, delusional, or lying, and it matters.  If his bellicosity and posturing is based on thinking that the military has our back and our defenses work, he’s on dope while the rest of us are sleeping soundly in the same false security.

Worse, these hoop-tie interceptors are already in place and the Defense Department is asking for billions more to put a couple of dozen more of these things in the ground, despite the fact they were all a rush order that abandoned quality controls and are earning hard “F’s” in every open-book test.  In fact, all of the interceptors were planted “before the Pentagon had conducted a single successful intercept test of their design, according to reviews by the DOD and Congress.”

Is something even half-assed better than nothing which is the Defense argument?  It’s not clear that there’s any comfort there.  The authors argue,

“…if the system achieved an improbably high 95 percent effectiveness against one-missile, in an attack by just five missiles there is still a one-in-four chance of at least one nuclear warhead penetrating the defense.  The likelihood of a city being destroyed would be higher than correctly predicting the roll of a die.  The effectiveness against a real attack is likely to be much lower.”

Holy, moly!   You could move to Wyoming of course, and in my case, I already have a trailer there, if I’m able to make it, but five missiles won’t be targeting small towns and the rurals.  One hit and millions could die in any city on the list.  I don’t want to even think of the scale of that tragedy.

Meanwhile we fiddle, and likely are making policy as if we are safe-and-sound against any missiles flying in from some rouge country we’re threatening with our silly chest-thumping.  As Wright and Grego conclude, “…large scale deployments [of faulty defenses] will create barriers to taking real steps toward reducing nuclear risks – by blocking further cuts in nuclear arsenals…. This process of moving blindly and quickly ahead threatens to lead to a world filled with greater threats, not lesser ones.”

Now, I get it.  Conservatives aren’t worried about the impact of climate change on future generations, because many of them aren’t sure we’ll make it that far running since we’re defense bluffing friends and foes and of course our own people.

Just as paper recycling isn’t enough to do the job on climgate, duck-and-cover won’t save any of either.  It’s time to stop and demand accountability from the military and their political sycophants and get our act together for our own people, and, hey, the rest of the world as well.