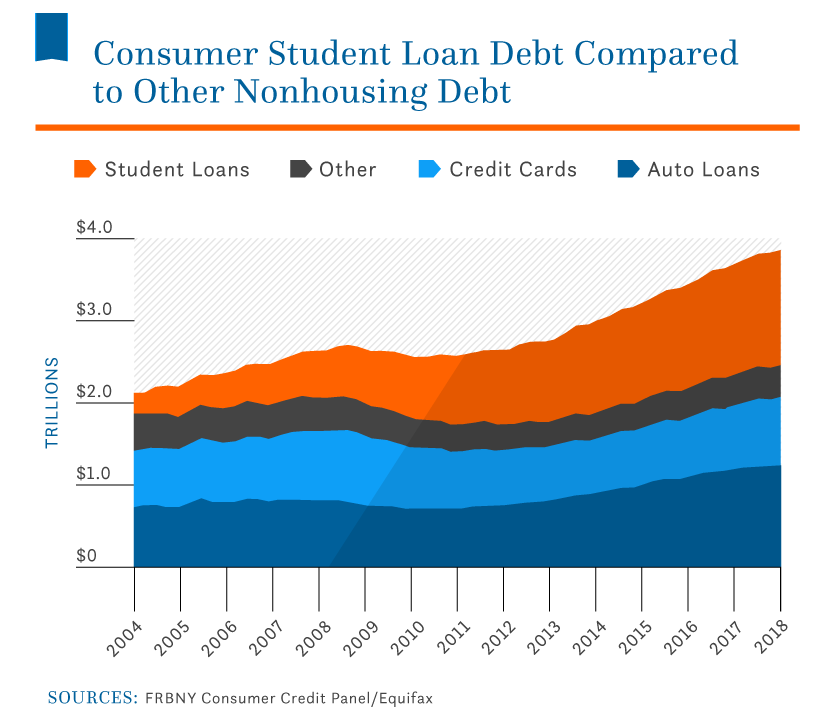 New Orleans      Thinking about student loan debt and the soaring costs of university education is interesting, even if it almost guarantees a migraine or a pain on the south side.

The backstory runs in several channels.  The huge gift at Morehouse College by billionaire Robert Smith and his offer to pay the student debt of almost 400 in this year’s graduating class has unleashed a tsunami of discussion.  His generosity and good will is indisputable, but equally inarguable is the public policy crisis reflected by the cost of higher education and the extended burden of student debt.

The Obama administration in attempting to rein in for profit higher education institutions disqualified certain programs and institutions from federally guaranteed student loans because of the limited prospect of graduates ever earning enough money to repay the cost of the program.  Not only did this approach hammer the Phoenix Universities of the country, it also exposed the graduate theater program at Harvard as unsustainable on these terms.

An executive order from President Trump now requires the average amount of debt incurred by graduates of different academic programs and all higher ed institutions to be reported, and the first returns are now available.  Senator Lamar Alexander, Republican from Tennessee and chair of the Education Committee, has now proposed going a step farther than the Obama rules by legislating a system that would not be institution-based, but program-based within institutions.  He’s claiming this would offer an incentive for colleges to reduce tuition costs for some programs based on employment outcomes by forcing a change on the one cost covers everything whether liberal arts or business and engineering with high pay.

The old “education for education’s sake” crowd that has bunkered down in liberal arts and other programs for literally centuries is under assault.  I’m actually sympathetic to that argument both intellectually and almost genetically.  Education shouldn’t be allowed to be transactional.

At the same time, costs and debt are totally out of control, so it is impossible not to see higher education as having earned a huge disruption of their business model.  And, let’s be honest, universities are already charging based on employment.  In the San Jose area recently I heard they were charging $96,000 for an MBA program at Santa Clara University, so don’t tell me that’s not calibrated to current and future earnings.

The Times’ reporter, Kevin Carey, nailed the problem saying, “…while college is about more than money, it can be paid only with money.”

We haven’t hit the right solution yet, but the solution in predatory markets requires using “affordability” as the benchmark for a loan.  I would argue that affordability needs to be test for every student entering the institution, regardless of program or degree, and that higher education facilities need to learn to apply that test more accurately just as they do in accounting for every penny of a family’s income.