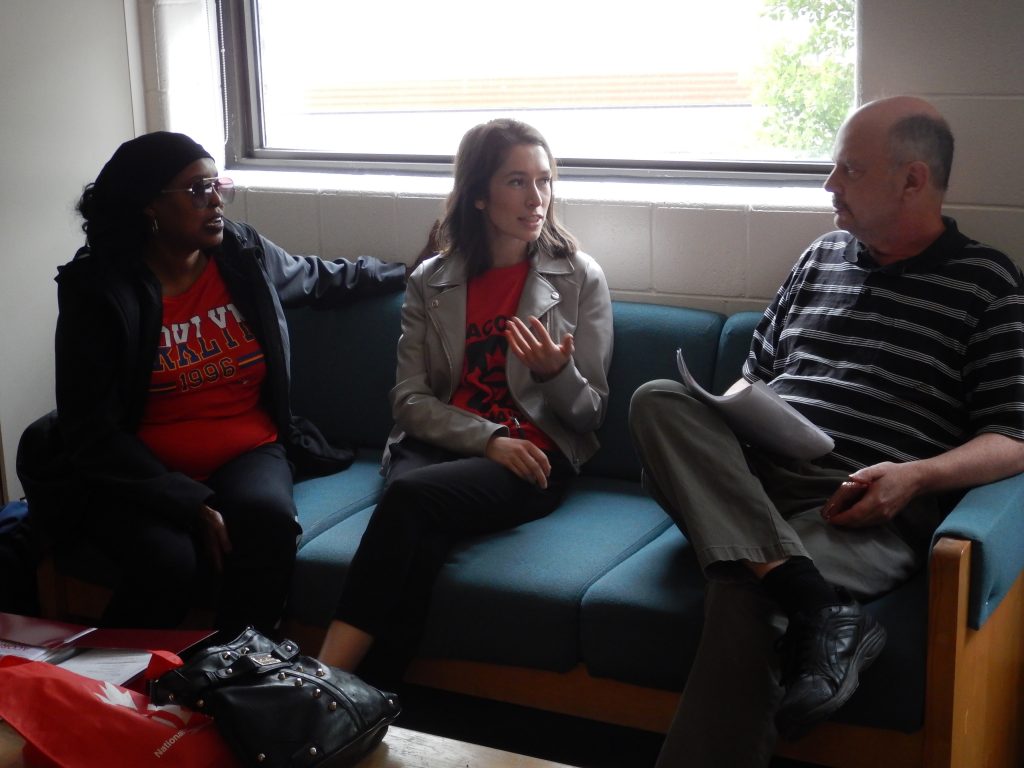 Hamilton         Conventions are not just action actions and rallies, speeches and cheers.  One of the vital components is the workshops that members do with each other to share information and skills.

The ACORN Canada convention offerings ran the gamut from detailed presentations around tenant issues and evictions to disability and welfare payments to basic skills like how to run a meeting or in my case, how members could conduct interviews for ACORN Radio.

The ten people in the workshop had been greeted by Geri Stevens, a leader from Ottawa who had done countless interviews during times she had hosted a show on local radio there.  She had introduced the basics with an emphasis on preparation and making people feel at ease.  She recommended a list of questions and letting the guests take a look at some of the questions in advance so they were prepared and the interview went smoothly.  I was a bit late to the session, but briefed the members on the history of ACORN’s involvement with radio and our continued commitment to radio as an opportunity to create “voice of the people” content that would join members to other members around the world, sharing information, tips and tools in confronting issues and building power. 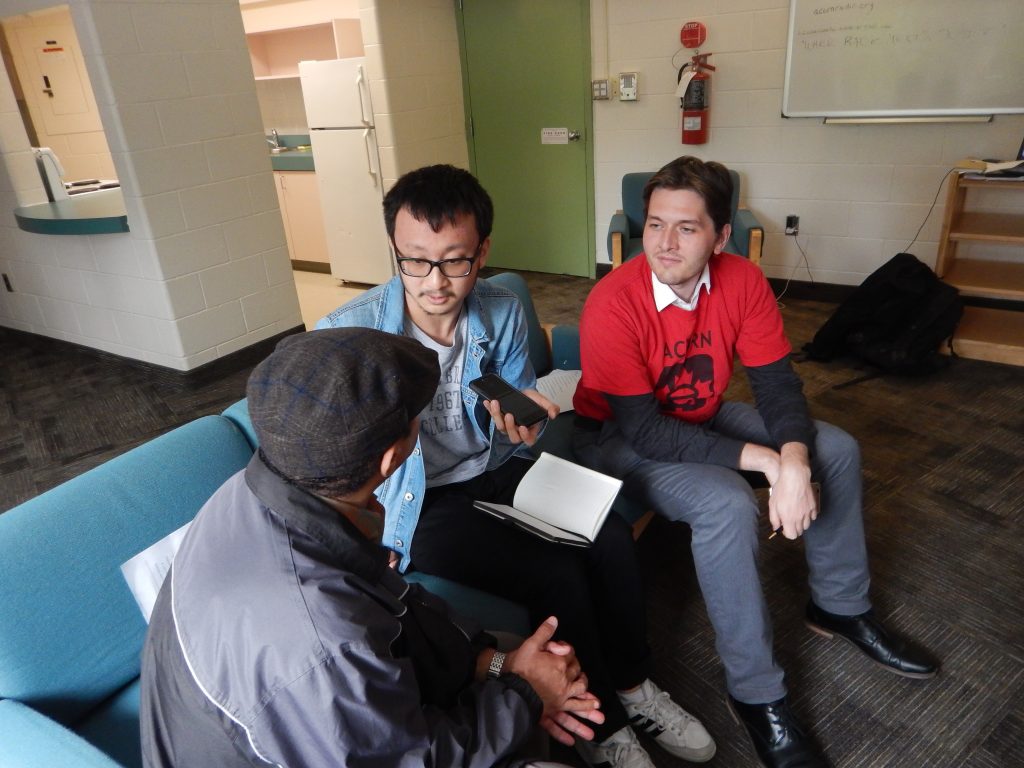 We had a good group with members not only from Ottawa, but also Toronto, British Columbia, and Hamilton.  I fired up my computer so that they could listen to ACORN Radio streaming online as we talked.  None had room keys yet, so we didn’t have the wireless access for McMaster University where we were meeting, but three or four of the members were able to connect on their own plans or hotspots.  There was something of a eureka moment that I could see on their faces as they heard acornradio on their phones, surprised that this had missed them.

The members paired off in teams to try to conduct the interviews themselves beginning with a simple introduction and focusing on asking their partners in the exercise how they had first become involved in ACORN.  Three, two, one, and away they went, as the room was humming with three sets of simultaneous interviews.  Ten minutes flew by, and when I asked if they felt they could take this home, more than half were confident and excited about creating their own show from their city for acorn radio.

The proof is in the pudding, and several had sent me messages for more details about how to go forward before the day was over.  It’s always an exciting miracle of organizing when people find a skill and discover they can use it to create a voice and make change. 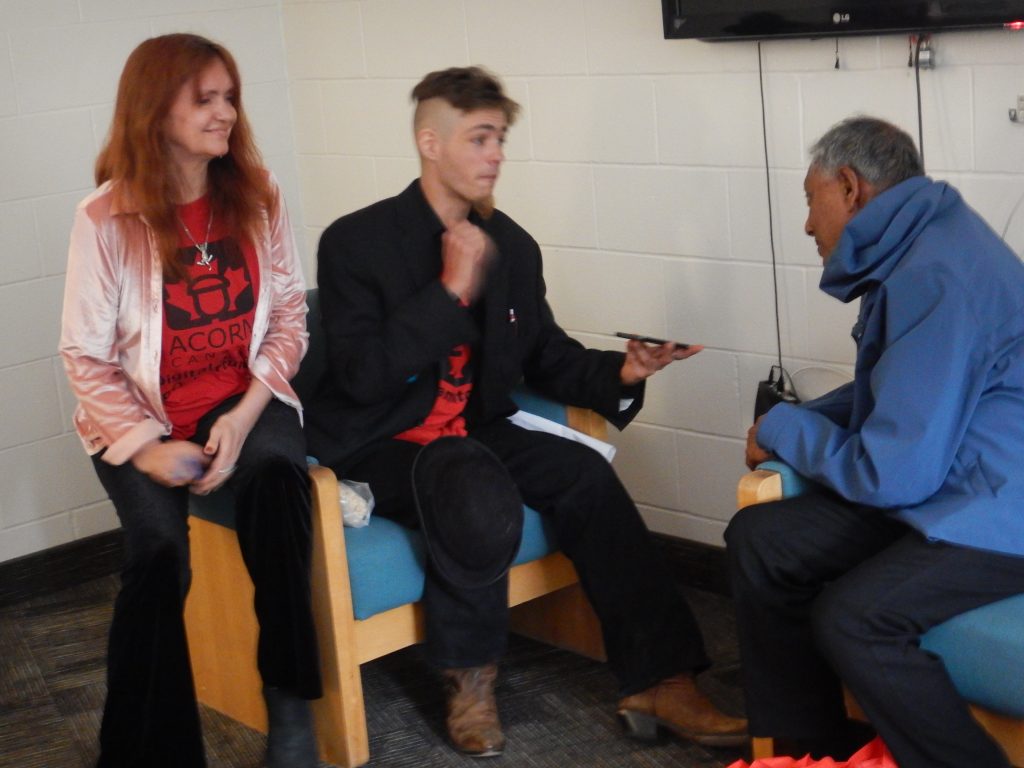