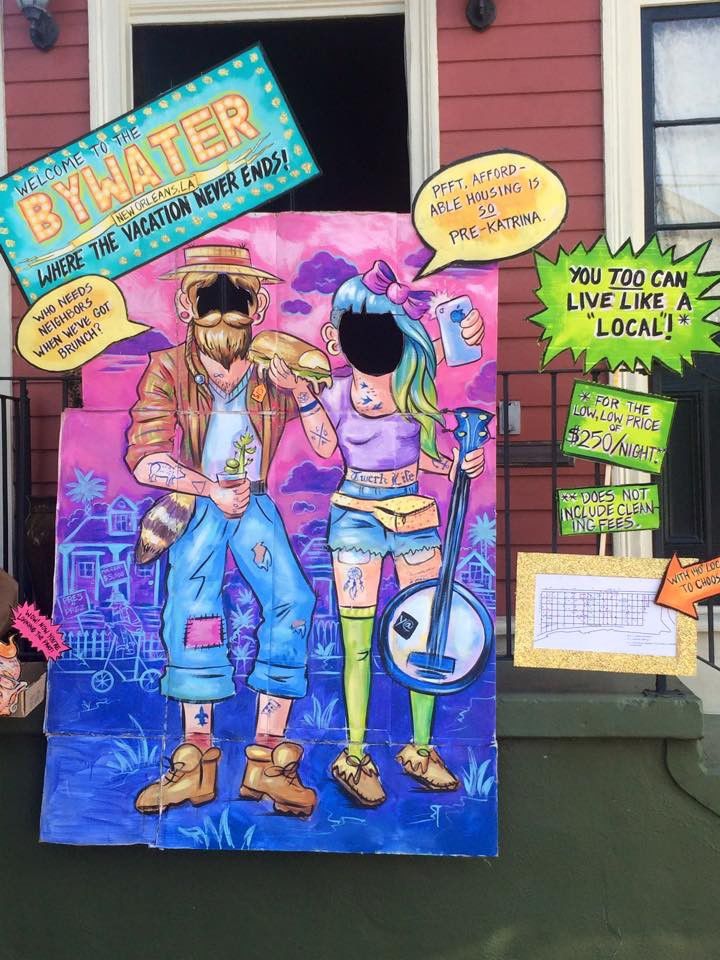 New Orleans     Let’s be clear:  inclusionary zoning is a good thing!  The problem is a bit like fake news though.  What is real inclusionary zoning versus something that just claims to be creating affordable housing, while doing very little past the claim?  This nightmare is unfolding in different versions repeatedly in New Orleans offering warnings and lessons for policy makers around the country.

One problem turns out to be the consultants.  If you hire consultants that have worked for AirBnb to front for the benefits of short-term rentals, you are going to have problems coming up with good regulations.  Or, if you hire consultants for inclusionary zoning that have done namby-pamby studies for other cities, don’t be surprised if you get a lame-ass ordinance which allows a city council to claim they have a policy, while enacting one that does virtually nothing.  All of this is happening in New Orleans

The inclusionary zoning proposal passed in recent months was Swiss cheese.  The number of loopholes was a developer’s dream of inclusionary zoning estimated to yield – are you sitting down – a whole 57 units of affordable housing from new developments per year.

Now the city and so-called consultants are debating how to manage short-rentals in commercial developments rather than residential homes, and it’s shaping up to be not simply contentious, but another policy disaster.  The city council’s initial proposal, according to the Times-Picayune New Orleans Advocate, “would have limited commercial short-term rentals to 25% of any property and would have required owners to provide one unit of affordable housing for every unit that is used as a short-rental.”  That’s not a bad place to start, since a commercial location’s short-term rentals are basically hotels with another name located in neighborhoods.

In the next block from our house a former hot dog factory has been converted into a condo-complex called the Saxony for specious reasons that insult some of the German worker families that once lived in the Bywater.  Currently, 67 of 75 available units are allowed for short-term rental!  Yes, 67 of 75, because the current regulation allows short-term rentals in commercial properties without restrictions.  That’s normally called a hotel with a couple of penthouse condos.  In this nightmare, we could say that any new regulation that limited them by any means would be something of a dawn.

A lesson that hopefully New Orleans – and other cities – will learn in this short-term rental versus affordable housing developer and consultant scam is simple:  fool me once, it’s on you, fool me twice, it’s on me.  New Orleans needs to not be fooled yet again by developers and their huckster allies.