Tunis      One of the treats of this Organizers’ Forum is getting to meet some of the organizers and members of El Comita, which is essentially ACORN Tunisia, the affiliate of ACORN International in this country.  There are now several hundred members in five groups that have been organized in various neighborhoods in and around Tunis as well as one group that all of the organizers are working with outside of the city in Borj Chakir abutting the huge Tunis landfill.

This is basic, fundamental community organizing in the new Tunisian world of devolution where both citizens and governmental officials are flexing their arms to try to build some muscle now that they actually have some powers at the local level rather than the previously top-down centralization under the dictatorship.  The issues so far have been the fundamentals of city services.

I’ve often joked, very seriously, that if we ever had the secret to winning campaigns around loose dogs, sanitation, and drainage-related issues, we could organize and run the world.  All of these issues have emerged in Tunis.

Loose dogs were a fascinating local campaign that was both contentious in the neighborhood and creatively handled by the El Comita members.  Contentious in that the first solution the local members proposed was hunting the dogs down and shooting them.  The slightly more middle-class section of the community bristled at that plan, wanting a less direct solution, partially because of concern for the animals, but largely because it was less of a problem there, because, no surprises, sanitation was better, so the dogs were not roaming in packs as much.  The compromise was to get the dogs caught and have them spayed, which was seen as a longer-term solution, but one that might work eventually. 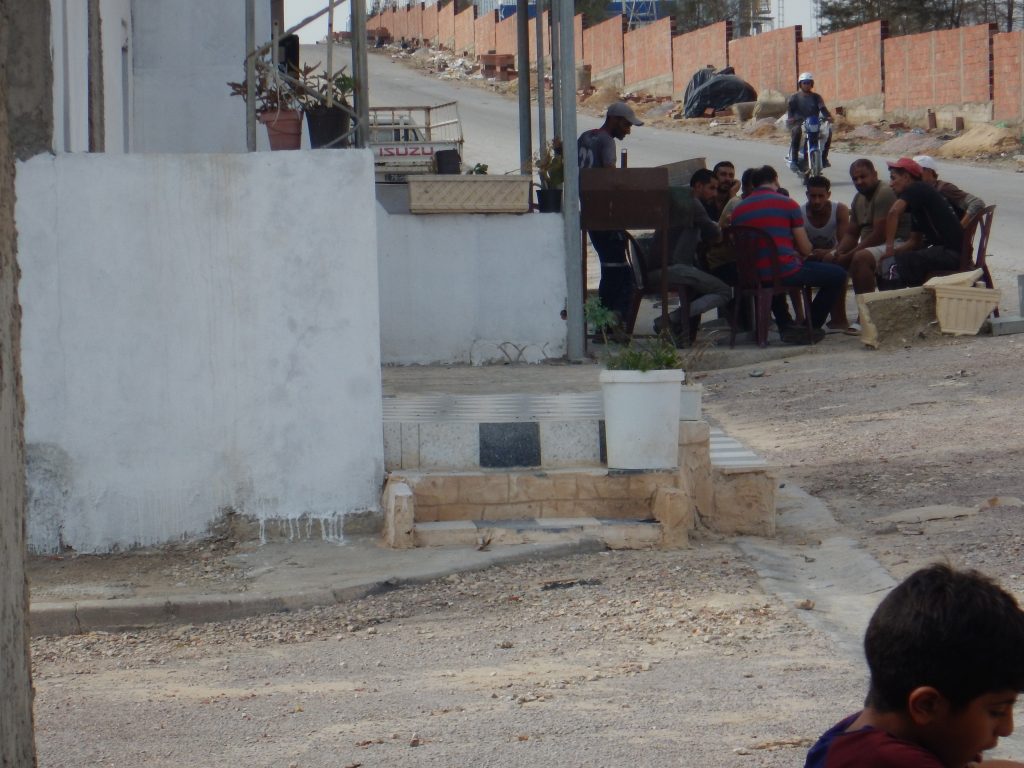 City officials weren’t taking the demands seriously after several meetings, so the group of course had to go with some direct action.  They had a feeling showing up with some of the dogs themselves might not get the job done, so a bunch of them obtained dog-masks and put them on as they entered city hall.  If you have a dog mask on your head, you going to have complete that with some solid, boisterous barking, and that’s just what they did.  The city officials and staffers reacted in an interesting fashion:  they turned and ran, as frightened as some of the residents were of the real thing.  Needless to say, progress has been made.

We spent lots of time with all of the organizers in the group campaigning for action around the city dump.  A number of meetings have been held, but the only sign of action so far is a ten-foot wall being built around the area, which makes it less unsightly to passersby, but does nothing for the residents’ health, water purity, or air quality.  Residents showed me pictures of fires that had broken out on the dump from the methane gas explosions several months ago (for a similar situation see a New York Times article on similar dump on West Bank).  A petition is being circulated.  Other communities are joining in the demands.  The dump was supposed to be closed years ago, but like so many cities around the world, this has never happened for lack of municipal alternatives.

This is a hard campaign, and we’ll spending more time working on plans and actions, but one thing is clear, when it comes to ACORN’s new affiliate, El Comita, “don’t let the dogs out!” 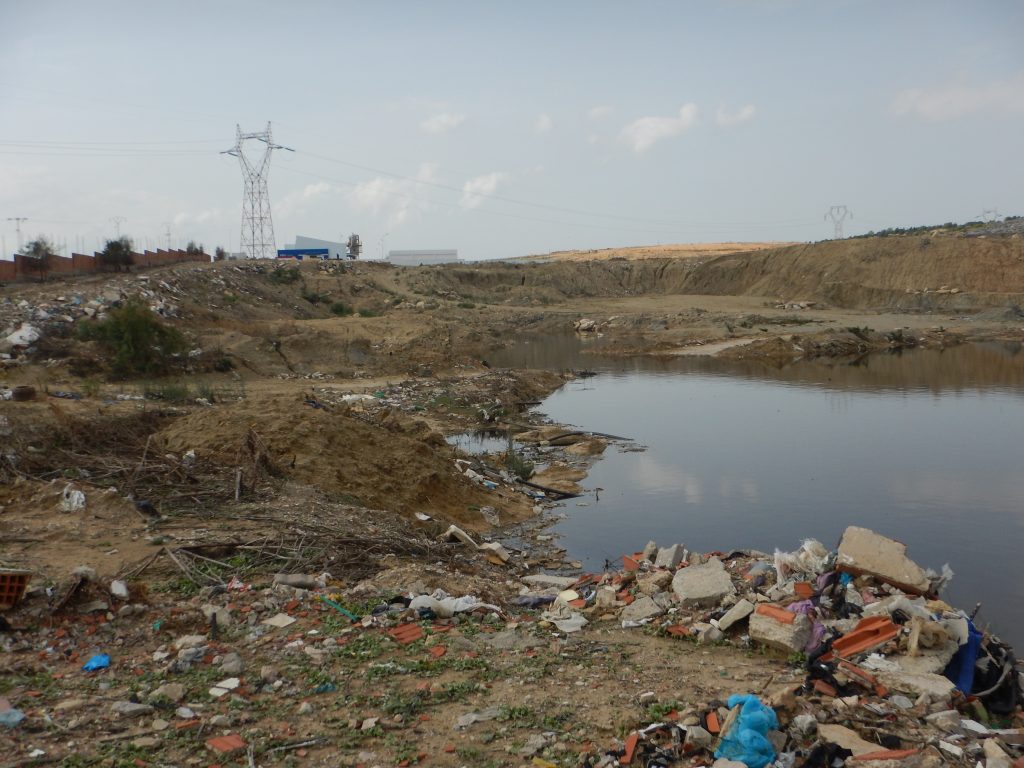