Pearl River     What’s the issue with masks?  We see them everywhere and nowhere.

United States Vice-President Pence toured a nursing home while in Indiana.  They see a box of KN95 masks.  Hey, here’s a good photo op, say he and his team.  Let’s have the Veep look like he’s delivering masks to the nursing home, so he hoists a couple of boxes on a dolly and plays pretend.   Is he wearing a mask when he does that?  No, absolutely not!  He might just have signed a death warrant for some elderly nursing home resident, if he actually saw any of the clients there, which is doubtful.  This was a photo op, remember.  This is the same Veep who visited the Mayo Clinic without a mask despite their mask-only policy and the fact that all of the doctors he met with were masked.  First, he said, he wanted to look at them, eye-to-eye.  As most mask wearers in the world know by now, the mask goes over the nose, and last time I looked the nose is still below the eyes. 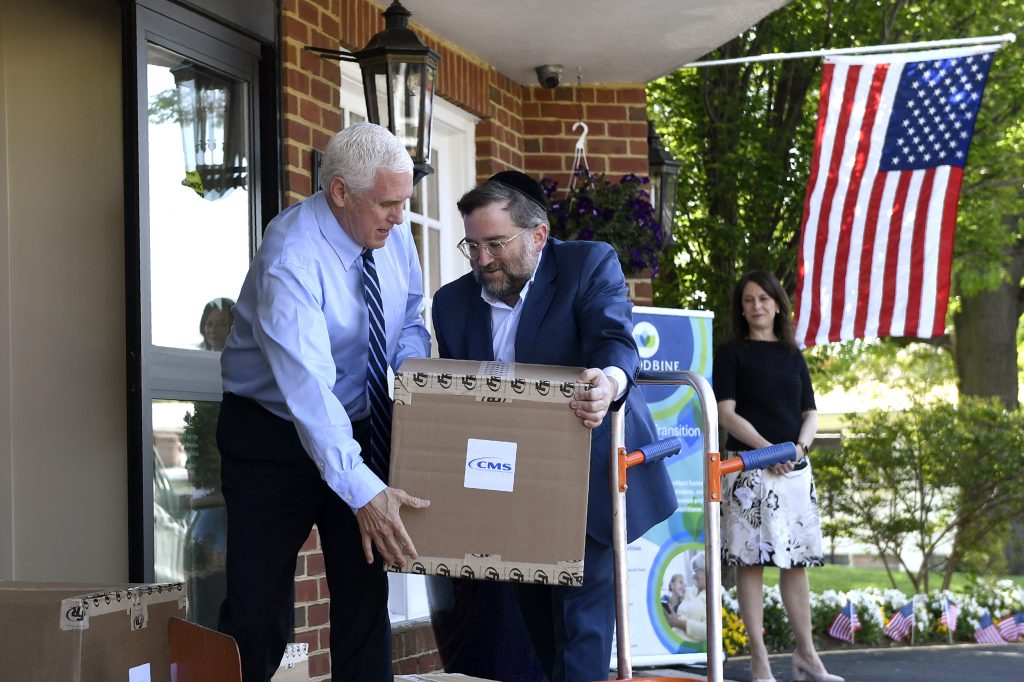 In the no-mask White House and the West Wing, which I heard described by one wag as working quarters as tight as a Tyson pork line, the macho thing is no-masks.  Trump’s military-provided valet has Covid-19.  That’s kind of up close and personal, I would think.  Pence’s press person tested positive for the coronavirus.  She’s the wife of immigrant-hater, speechwriter, Rasputin-wannabe, Stephen Miller.  The president and all of his men and women are going to be tested on a daily basis now, even while the government drags its feet on testing, and the president downplays the need for all of us among hoi polli.  Maybe they might think about wearing masks in the office but the topside of the federal government is shutdown and becomes another hot spot.  Their motto should be “no-masks, no mas!”

Meanwhile Local 100, United Labor Union representatives are in the process of distributing some 7000 surgical and KN95 masks to our nursing home workers, independent living and MR/MH community homes, home care workers, cleaners, hoppers, and others who either aren’t getting PPE from employers or don’t have enough.  We were able to distribute these masks because of a great partnership with a new group, #NOLAPPE, and its Last Mile project thanks to their skill at getting masks from other partners in New York and around the country.  Masks make a difference.

We have also become something of mask marauders.  Toney Orr, Local 100’s field director, was buying plastic bags at a local store in Little Rock, so that he could break down the boxes for distribution.  A guy in line behind him followed him out to his car as he was loading up his boxes of bags.  When Brother Toney turned around, he asked him if he were selling weed, since he couldn’t figure out what else he would need so many bags for.  He was disappointed to hear that we were about saving lives and bringing joy in a much, much different way.

Telling the story to #NOLAPPE’s distribution and logistical director, she countered with a story about picking up a couple of Amazon boxes of masks, they had received at New Orleans City Hall.  They had been broken into and opened.  When she and a helper got them to her car, they noticed the way everyone had dealt with them, as if they were handling contraband.

All of this speaks volumes to the shortages, but also the demand in this time of great need for personal protection.

We all need to be masked marauders!