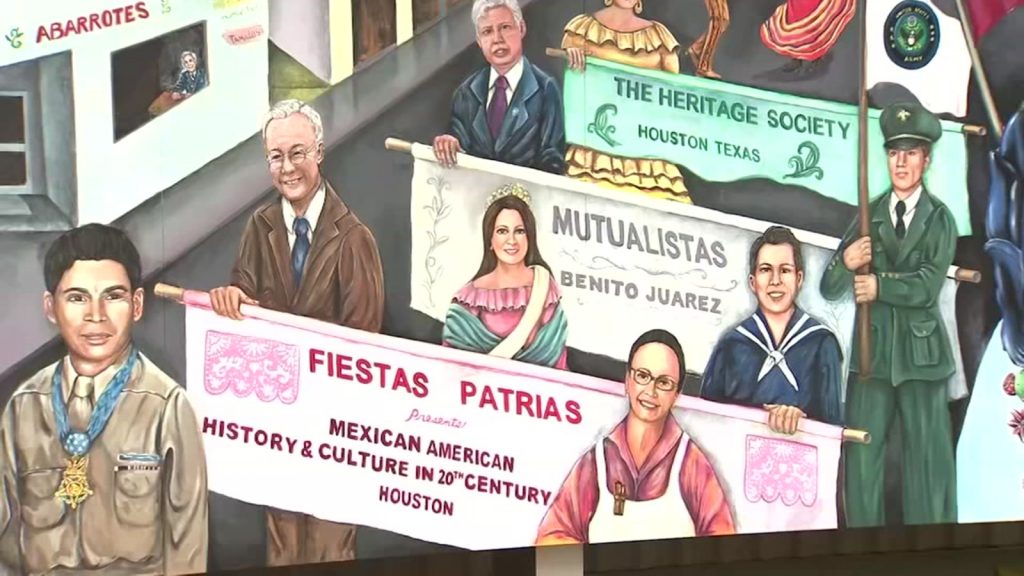 New Orleans       Texas is a red state with a headache.  The cities are becoming bluer and bluer, and a huge number of the F150 pickup driving, cowboy boot wearing folks are Latinos.  A visit to Houston might be educational for the president.  For example, President Trump doesn’t understand that the border stretches all the way into the city without even stopping for gas.

Before a screening of “The Organizer” at the Harris County AFL-CIO building, I pulled into the giant, fenced parking lot across the street with the boldly painted letters spelling Taqueria.  Walking in the largest set of doors, I then realized that I was actually in a bus station.  The space was cavernous and the buses were all going back and forth to Mexico with couples, families, and elderly with their belongings sitting quietly and chatting of the benches.  In the taqueria of the two servers, only one young woman spoke any English, while the other spoke nothing but Spanish, and since I was the only Anglo anywhere nearby, it didn’t pose any problems in this establishment.

A day is coming when Texas and its huge number of voters will once again be the kingmaker and replace Florida as the critical battleground for national politics.  Trump likely could care less how much he alienates the millions in Texas with Mexican roots and relatives, but the future of the Republican Party, and perhaps the Democratic Party as well, will pivot on the fact that Texas is a bilingual and multi-ethnic, multi-racial state.  Heck, there are already two candidates in the Democratic list for president with Texas roots!

Keep this thought in the foreground as we contemplate the alternate reality that Trump is now trying to create of the border and the crisis of tens of thousands of migrant families fleeing Central America and flooding into the United States as he attempts to bully Mexico into creating the dike, and it becomes clear he is the little boy with his small fingers in the hole.  First, there were threats of tariffs, destabilizing the symbiotic human and economic realities of the border.  Pout, pout, whine, whine, he wanted Mexico to somehow solve the problem for the whole continent, which is as ridiculous a proposition as his claim that they would pay for his wall.  Then he swore he had a deal, except all involved on both sides of the table argue that all of the announced agreements had been made months ago.  Then in another twitter storm, he seemed to be claiming that there were secret side agreements which the Mexican foreign minister categorically denies.  This is our president, and this is how we now do foreign policy and trade negotiations.

This isn’t a Trump reality show, it’s a complete farce, but any time in Texas within hundreds of miles of the border quickly demonstrates it’s not a farce, but a tragedy.  And, it gets worse. In his madness, he claims victory from this Mexican mess of his own making, and now claims he’s going to see if he can do the same thing with China. 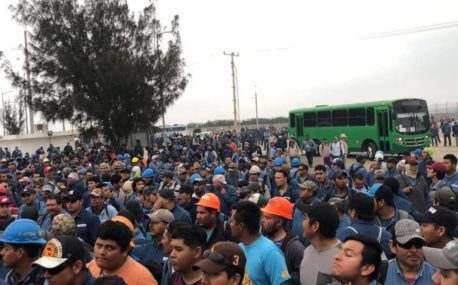 New Orleans    How about some good news for a change?  Yes, I’m with you.  I found some in a surprising place on the other side of the proposed wall between Mexico and the Untied States and in all places in Matamoros, right across the river from Brownsville, Texas.

If you’ve ever been to Matamoros, you already know that they are desperate for some good news down there on the other side of the Rio Grande Valley.  The city has a special place for me because a million years ago it offered my first experiences in that great country.  I was driving down there in one of my old junkers with a dog and a tent curious about the valley and came across the bridge from Brownsville for several hours into another world.  More recently in another century, we drove through the city after Katrina headed toward the central high plains of Mexico, but I’m still shocked to read that Brownsville reportedly has 500,000 residents now.

What doesn’t shock me is the fact that a key driver of the city’s economy is its proximity to the United States and the maquila plants that fabricate all manner of things for export back to the US.  It almost goes without saying, but I’ll be Mr. Obvious, that the attraction for foreign manufactures is cheap labor.  The good news though is that something is being done about all of this partly due to the election of the left leaning new president, universally called AMLO, Andrés Manuel López Obrador, who has created the climate for more worker justice and fair labor laws.  He has proposed raising the minimum wage national by 16% to around $5,30 a day and on the border to $9.20 a day.  Maquiladoras earn about $2.40 per hour compared to US manufacturing workers make more than $20 per hour by comparison.

Mostly though it has to do with a wave of strikes by over 55,000 maquiladoras in the 115 plants around Matamoras demanding 20/32:  a 20% wage increase and a one-time bonus of 32,000 pesos or $1655.   This has become a movement and according to many including Susana Prieto, a lawyer and one of the strike’s primary backers and organizers, 85 companies have settled while five are still on strike, including Coca-Cola.  Prieto, an advocate of an independent labor movement given the past record of the traditional, party-connected union federation, is hoping to push the movement to expand to other border cities, including Juarez where she has practiced labor law and led successful strikes in recent years.

According to the Wall Street Journal these strikes are spreading.   Walmart, the largest private sector employer and a determinedly anti-union force globally, recently “reached an agreement with a union representing some 6,500 workers to grant a 5.5% wage rise and a productivity bonus, the company said. Workers had recently demanded a 20% rise among other benefits.”