Pearl River     There are so many things about the response to the coronavirus crisis that remind me of the response to Hurricane Katrina and its devastation of New Orleans and parts of the Gulf Coast.  Mostly, that’s not a good thing, because the governmental response was horrifically bad.  It was the nadir of George W. Bush’s presidency, just as it has already become the lowest point, despite stiff competition, of Donald J. Trump’s presidency.   An organizing colleague for years has had a watchword expression: “you gotta learn!”  It doesn’t seem like we have. 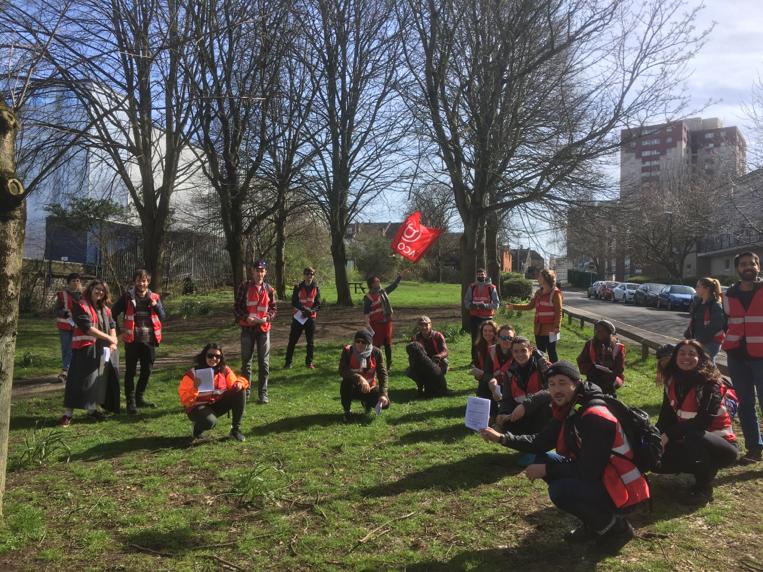 Almost a decade ago, I wrote a book about ACORN’s experience in responding to Katrina as a cataclysmic event, The Battle for the Ninth Ward: ACORN, Rebuilding New Orleans, and the Lessons of Disaster.  One of the lessons is that a membership-based organization has an inviolate obligation to serve and support that membership and its community.  ACORN’s response to Katrina proved that over and over.

Even in these early days of the coronavirus nightmare, we’re seeing that in ACORN’s response once again.

ACORN United Kingdom immediately launched a petition to stop evictions for tenants and within days gained 25,000 signatures pressuring the government to finally act.  ACORN Coronavirus Community Support was launched almost simultaneously.  More than one-hundred volunteers were recruited within days to assist members in the community most susceptible to the virus with grocery shopping, pharmacy stops, and other tasks.  Volunteers and members mobilized to leaflet ACORN communities in order to bridge the digital divide in Bristol, Sheffield, Manchester, and other branches so that people could reach out.  ACORN members were solicited to help other organizations who were overwhelmed not only in those cities but in chapters in Liverpool, Leeds, Brighton, Lancaster, and Nottingham as well.   Other chapters in places like Cambridge and Birmingham stepped up their effort to stop evictions.  As ACORN said in the call, “ACORN is dedicated to the protection of our communities. Members around the country have begun referring to us as the fourth emergency service!” 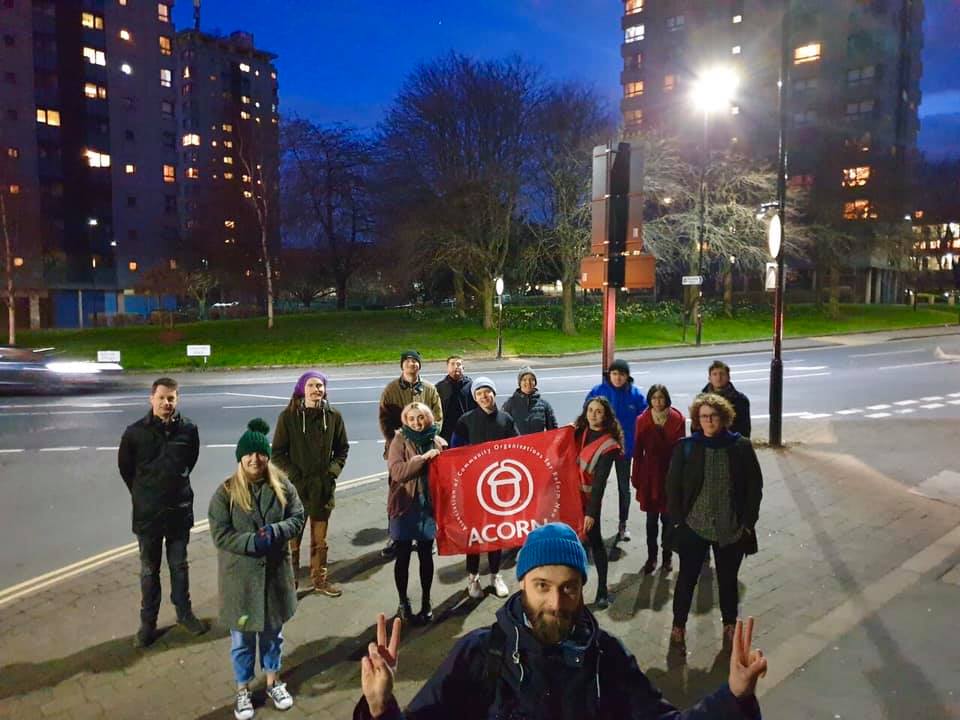 They weren’t alone of course.  A Community Voice, the former Louisiana ACORN, and an ACORN affiliate in the United States, had led the fight after Katrina in supporting our members in first protecting their neighborhoods, then winning the right to return to them, and still in the process of rebuilding.  Now they are mobilizing to assist members in applying for unemployment, food stamps, and any new enrollment period for health care as well as mobilizing volunteers once again.  ACORN Canada moved forward quickly with a petition as well to block evictions.

One of the greatest membership surges in ACORN’s history occurred in New Orleans in response to ACORN’s work after Katrina with thousands of new members joining because they finally understood what it meant to be part of a real, fighting membership organization.  It was not surprising to hear reports from the United Kingdom that even with people homebound, membership is rising.

There’s nothing good about this tragedy.  Unlike Katrina, it won’t wash over quickly.  We haven’t hit the bottom yet.  Nonetheless, ACORN as a membership organization of low- and moderate-income families knows that this is when our members need us most and expect us to be up for the fight.

ACORN members do what needs to be done in this fight, like every other.

Bristol      In the aftermath of the devastating loss experienced by the Labour Party in the United Kingdom recently, everything is up for grabs as politicians, parliamentarians, activists, and others sort through the rubble to rebuild.  Jeremy Corbyn, who had led a resurgence in the party’s membership and pushed away from the “new” labor program of Tony Blair and Gordon Brown towards a more progressive platform, has resigned and there’s a new contest for leader to pick up the pieces going forward.  One of the signature efforts of Corbyn’s time was the creation of a community organizing program of sorts, so I was most interested in trying to sort out what was to become of it.

The program in theory was not overtly electoral, though certainly political.  Twenty community organizers were hired along with ten digital organizers to activate the party base, recruit new members, and increase civic participation through local campaigns and actions.  The priority was to run the program in swing districts that party strategists thought they could move over to Labour in future electoral contests.  The program was somewhat slow in coming together and some party leaders at the local level wanted no part of it, throwing a wrench in the overall strategy, but it still got off the ground.

Before the election organizers of the program touted its results.  At the party conference there was a claim that 18,000 people had been engaged, 3500 leaders had been trained in 70 different leadership sessions, and that the digital program had built a bridge for many party members.  A small organizing campaign in a social housing block in London called A2Dominion in the Wandsworth Council trying to win improvements was widely touted in favorable, published reports as signally a new direction on the local level by the party.  Corbyn visited the project to showcase the work, putting more pressure on the Conservative MP in the area.

Of course, when Prime Minister Boris Johnson succeeded in calling the snap election, as expected, it was all hands-on deck for the election.  The results swept away those districts thought to have been swing areas as well as generational strongholds for the party in traditional firewalls in the northern part of the country.  From all reports and speculation while I’ve been talking to organizers and others around the country, the community organizing program is also twisting in the wind, partially dependent on the leadership election of course, but also facing some final battles of the Alamo in local and mayoral elections that are still upcoming and could help save the program or sound its final bugle call.

All of which is a shame.  Cynics, and I was among the skeptics, always wondered if the program was simply about creating a ground and air war weapon for the inevitable elections dressed in sheep’s clothing, so to speak.  The idea was right.  We see its success as a multi-year commitment in the Netherlands for example in deepening the base using local issues and actions to build organization.  Community organizing is about deep base organizing and involvement, necessitating an ongoing commitment to changing the culture and practice of an institute, including a party, if they are serious about the effort and want to remake a role for membership from the bottom up.  A short-term program is simply a temporary fix and more about mobilization and canvassing, than anything that could be called community organizing.  Perhaps that is the best it can ever be within established party institutions, which is why independent organization not subject to the back and forth of elections is critical.  Still, real community organizing can play a more important role in the future of a party if given the opportunity, so I hope it has the chance in the UK to prove its case.