Deep Cove, British Columbia:  The organizers of the Community Leadership Centre’s  first cycle got a treat on Friday when Bill Tieleman gave us all some tips on communication in these hard times.  Bill wears a number of hats:  principal behind Weststar Communications, former reporter for the Vancouver Sun, political columnist for the weekly Georgia Strait, weekly television commentator, and former communications director for the BC Federation of Labour.  He had been to the rodeo, and was comfortable telling the organizers how to corral the loose ponies.

Tieleman shared several “big hits” with the organizers so that they had a clear sense of what happened behind the scenes.  There were two great stories.

In one the BC Federation of Labour was trying to figure out how to make a point about cutbacks in unemployment insurance.  They knew putting out the usual press release was a guarantee of boredom – just another event where labor whined about unemployment.  Around that time Prime Minister Brian Mulroney was stepping down.  So, a plan was hatched.  They would all be Mulroney trying to apply for unemployment in order to dramatize the point.  Tieleman got on the horn calling across Canada looking for Mulroney masks.  There was not much demand at the time since he was stepping down so with hard bargaining he managed to find a100 masks and virtually corner the Mulroney market.  A willing group of 60 union officials and activists donned the get up, the press was called and bam!   Next thing they knew they had national news across Canada with pictures everywhere of all of these guys in their Mulroney masks harping about unemployment.  Front page in the Vancouver Sun – very prominent in the Toronto Globe and Mall.   Communications coup – touchdown!

The other was equally creative and novel.  In Canada there is a right-wing event every year, as there is in the U.S., where a big announcement is made in all of the papers about the first day in which a working family is supposedly not paying taxes – tax freedom day.   Beyond the bending of the truth, it rankles because it scores every year.  Tieleman and labor wanted to do something to offset that annual event.  They had the research that a lot of Canadian corporations were not paying taxes at all, so they decided to have an earlier event in which they had a “greedy pig race” with a fake racing form labeling all of the pigs with the names of different companies, inviting the media, and getting them to follow the story of the pigs trying to get out of paying taxes.  Humorous.  Effective.  Good clean fun – score another win for labor with great press on a hard issue.

The morale of these stories for organizers certainly was clear! 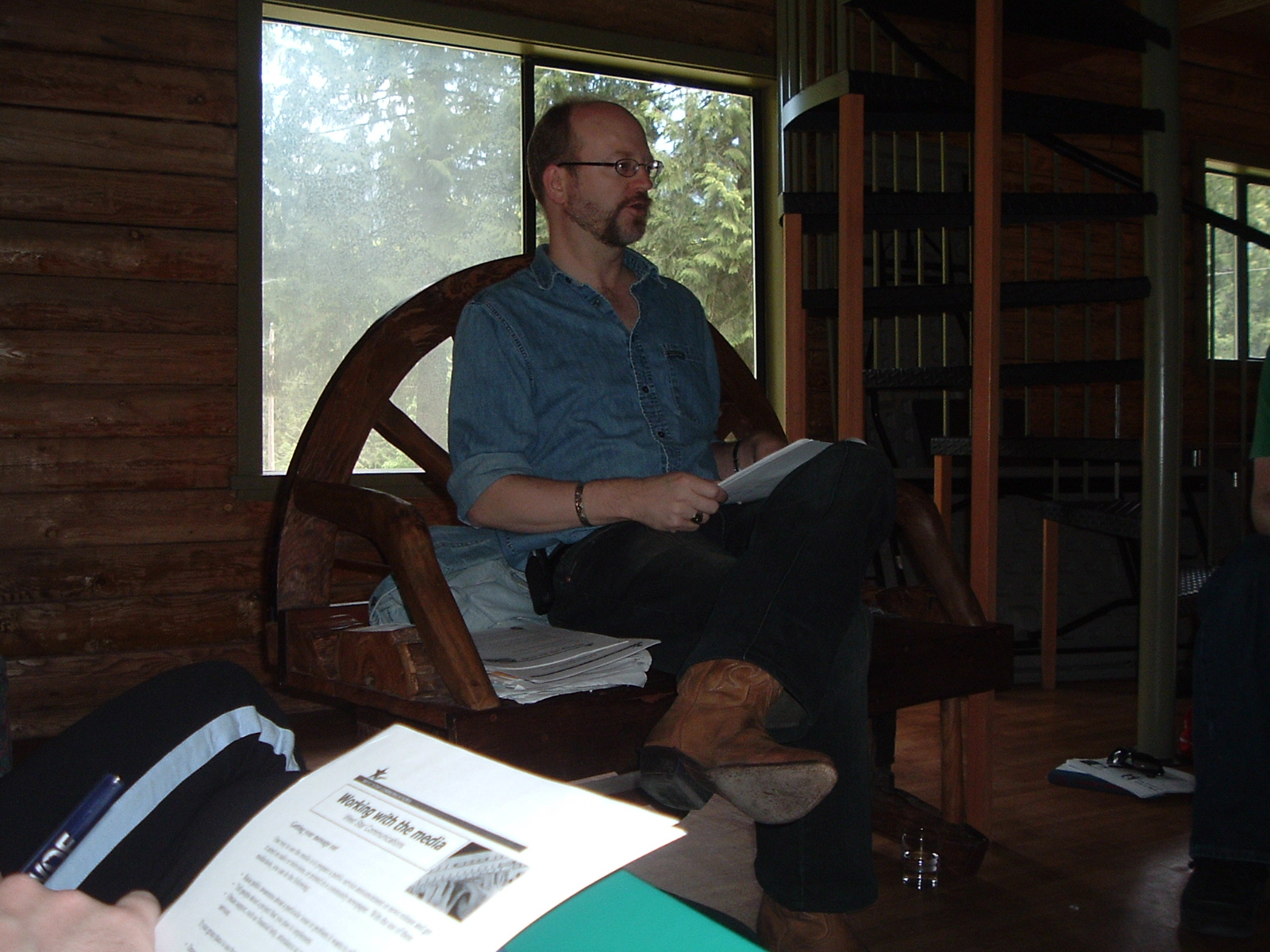 Bill Tieleman gets the organizers behind the scenes on the story.