Los Angeles: Wells Fargo is a huge banking conglomerate and quite the tough customer in its own right.  The stagecoach is a clue.  This company is still as roughhewn as the West itself.  There is something of the frontier and cowboy spirit that seeps into the corporate culture.

At least that’s what ACORN has found in trying to get Wells Fargo Financial to stop its predatory lending practices in the sub-prime lending market.  The problem is not the market.   Sub-prime lending sources are important to many of ACORN’s low and moderate income family members who have had credit problems and uncertain incomes, yet are still desperate to buy a home and to put everything aright again.  There are risks here, and ACORN, more than others, understands that this is all hard work.  Nonetheless nothing excuses abusive, unscrupulous, and predatory profiteering that preys on our people – and, woefully, Wells Fargo is a big part of that.

Given the best practices and settlements that have been achieved with other subprime lenders like Ameriquest and Household Finance after long hard fights, ACORN believed originally that Wells Fargo might see the sense of settlement.  Unfortunately, our settlement efforts hit impasse and we’re now in litigation.

When are these companies going to learn that it’s easier to do right, than fight?  And, cheaper in the long run, especially once you make us mad!  And, that’s just what Wells Fargo has seemed intent on doing.

To get their attention focused more clearly we sued them in Illinois on June 10th because they were in clear violation of a state law there – along with many other companies! – that said you can’t charge more than 8% interest with 3% fees, yet they were, even in these times of relatively low interest rates.  Still not getting the message, Wells Fargo became the centerpiece action in ACORN’s recent national convention in Los Angeles.

Last Monday over 2000 ACORN members marched through downtown Los Angeles from City Hall past the new Disney Music Hall to the Wells Fargo building towering over the city center, and hand delivered a national class action suit filed in California that morning in behalf of all of the victims of Wells Fargo’s predatory practices.  A Wells vice-president had drawn the short straw and stood outside their towering building in order to receive a many-hands-delivered copy of the lawsuit.  ACORN President Maude Hurd handed him the lawsuit accompanied by several Wells victims and other ACORN members while thousands chanted, “Wells Fargo, Predatory Lender, Criminal Offender!”

The West was worth winning, but it was not won just by ruthlessness.  This is a fight that Wells Fargo cannot win.  It will never be right to allow a company to steal money from good people through trickery and slight of hand.  We will see to that.  Long or short, it is just a matter of time before Wells Fargo will have to learn this lesson! 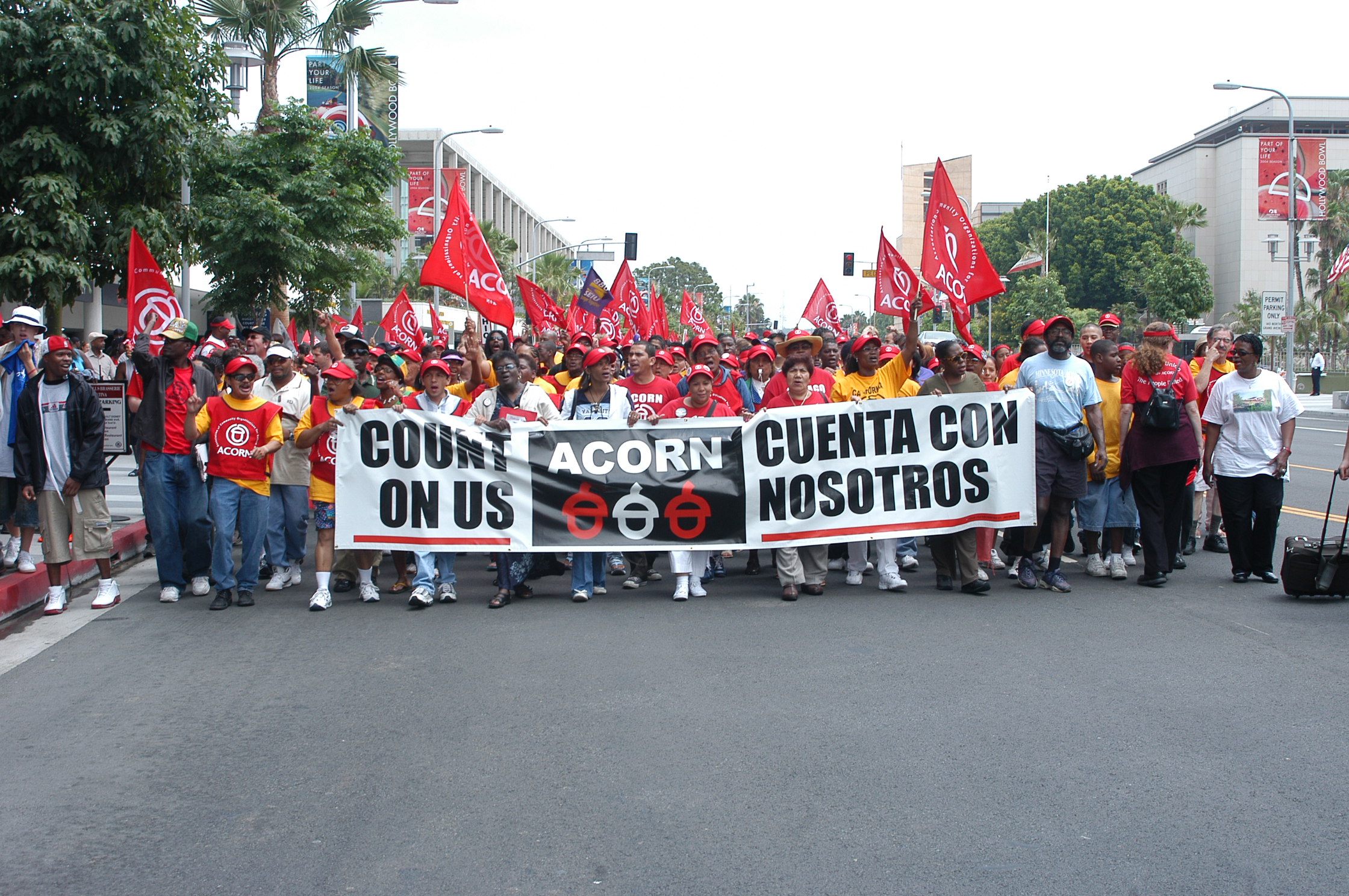 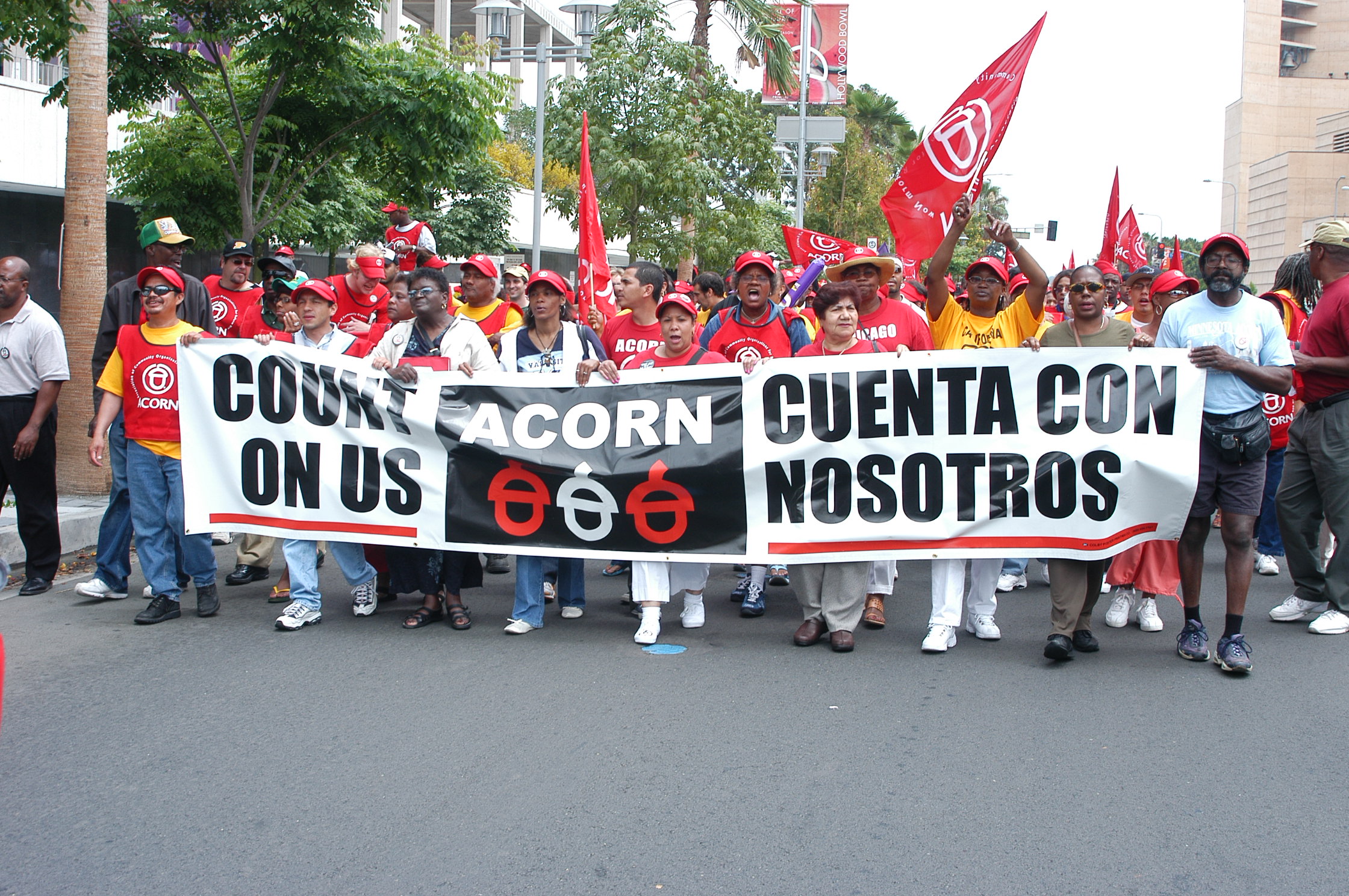 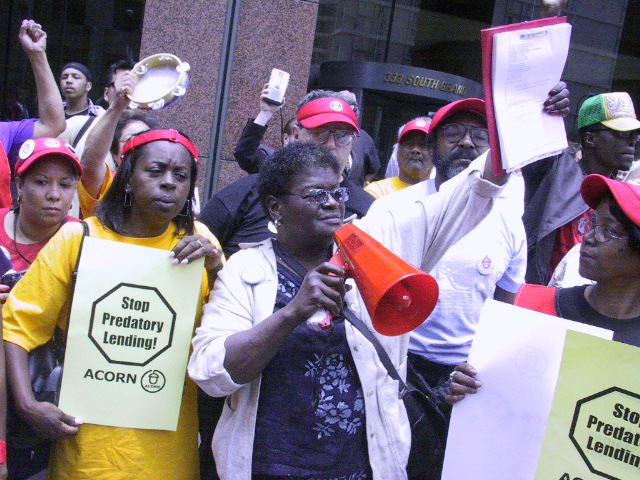 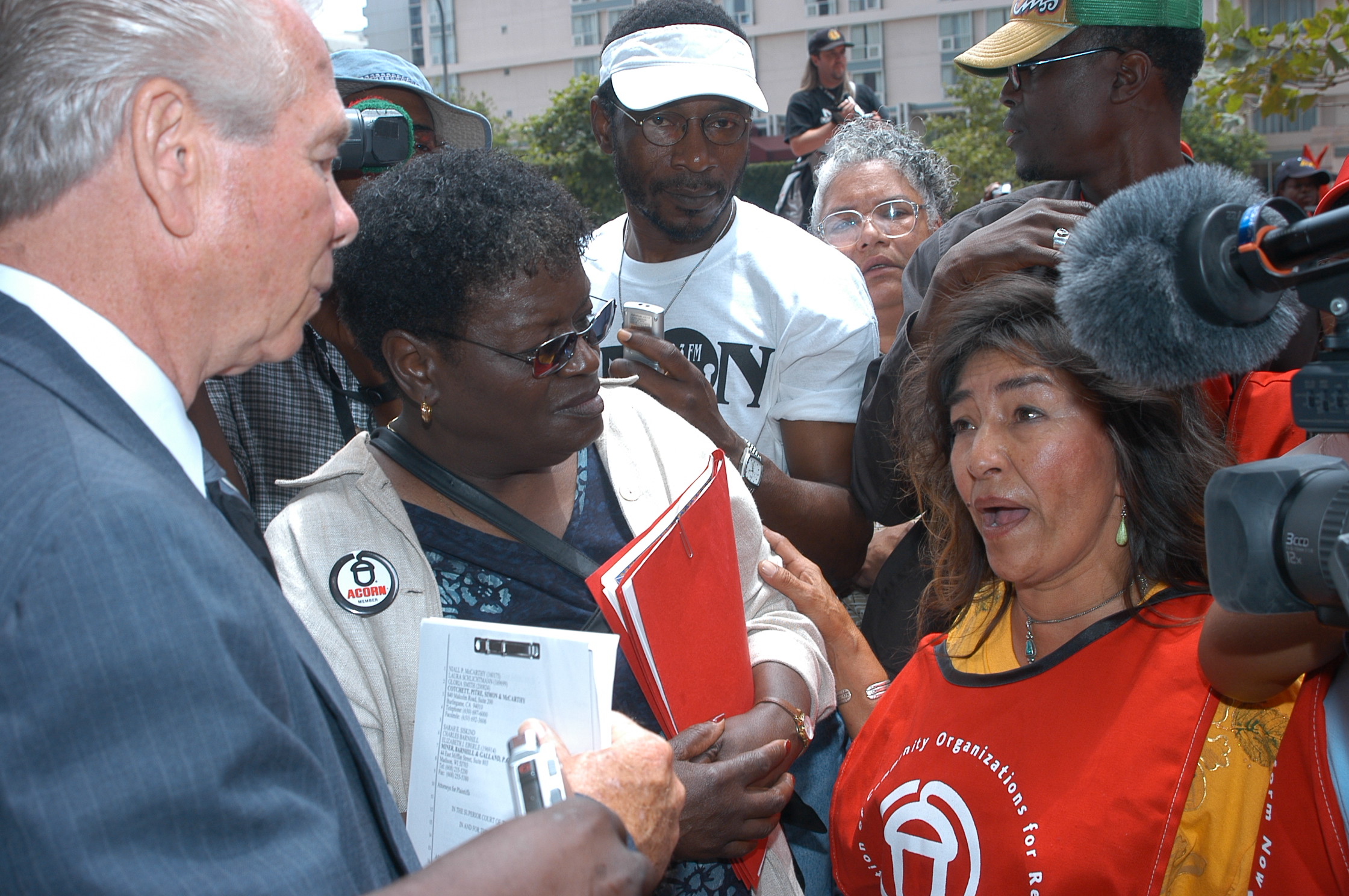