Lafayette: An extra treat for our annual SEIU Local 100 Leadership Conference this year was a last minute addition and an unexpected surprise.

One of our office staff approached me on the Friday before we left for Lafayette about how I would feel about some entertainment for the leadership meeting?  Why not, I thought.  She then mentioned that in the ways of the world and the young digerati of our times, she had come into a DVD copy of the current smash documentary move hit by Michael Moore, Fahrenheit 9/11.  I thought for about 30 seconds about the “morality” of this, and decided that if Michael Moore was really serious in all of his reported newspaper quotes saying he hoped that this movie might actually help jazz up the base to beat Bush, then how could he mind giving some working folks a shot at seeing a first run flick at a private “Hollywood” screening in a Lafayette, Louisiana Holiday Inn.  Our leaders needed a shot in the arm to really hit the streets and make a difference in the hard scrabble frontier of battleground states like Louisiana and Arkansas, not even counting the bastion of Bush-ism in Texas.

So after a long day of workshops and panel discussions and a nice sit down meal of fried catfish and good conversation and fellowship with each other, we adjourned back to our meeting room and the big screen.  First, Vernon Bolden, Local 100’s President and I gave our Certificates of Participation to all of the leaders.  This was a ball!  What a bunch of hambones and prima donnas!  One after another they started trying to top each other, partly because we took pictures of everyone getting their certificate until the film ran out.

I was surprised when a fair number of the Local 100 staff indicated that they had already seen the movie, though I don’t know why.  I guess since I had not had a minute to go see it, I just assumed that neither had they, but on second thought they were exactly the demographic of the believers that were probably the prime constituency lining up to see the move over and over.  The leaders, though, were as curious as I was to finally see what it was all about.

A lot of it was dumbed down to a simple conspiracy of money and the Saudi’s that was interesting but circumstantial.  Some sophomoric high jinks and cleverness for its own sake were played to cheap laughs, but not many of them really.  But the movie had a strong finish and was moving when it got to real people and real emotion.

It certainly moved the leaders when Vernon led an evaluation of the movie the next morning.  On the downside some wondered why it was worth the effort when money would always win.  Maybe they were right at some levels, but this was hardly the moral of this story!  We were looking for “dare to struggle, dare to win,” and we had to work for it.  One organizer who had lived in New York City also moved the members by saying she felt like she had been under attack in New York and because she had roots in the East, was under attack again.  Others were moved by the pictures of children playing before bombs fell, and had trouble sleeping thinking of the pictures of dead and maimed Iraqis.  All were moved by the Flint mother’s lament, her courage, and her pain.  In the main when the leaders went one by one around the room later that morning the movie helped them commit to what needed to be done to get out at the worksites and talk to the their co-workers, register the fallen, motivate the discouraged, and get them all out to vote.

By the time the conference broke up, hands held in prayer around the circle, it felt like we really meant it and were ready to make a difference.  Let’s hope so! 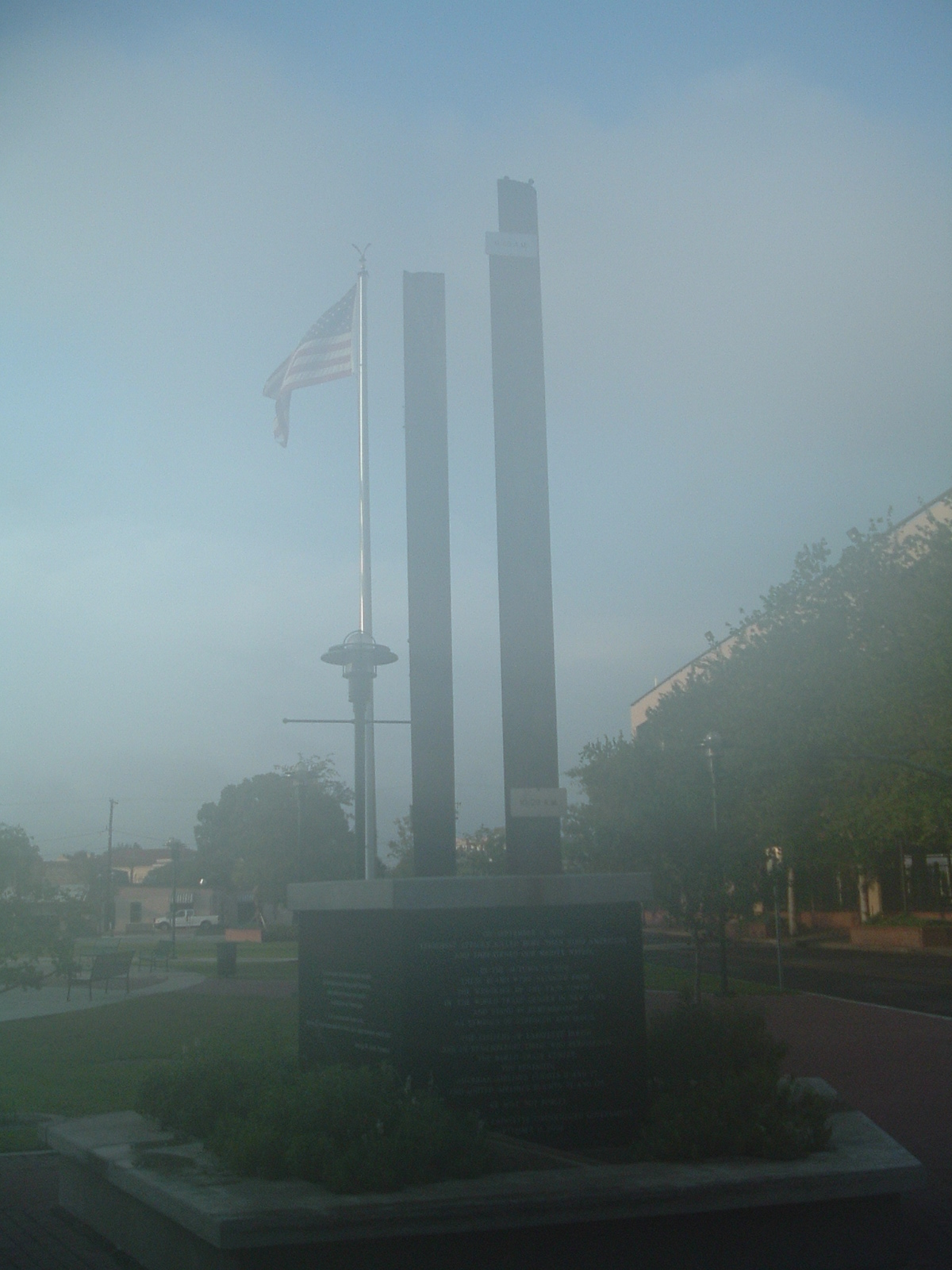 In downtown Lafayette there are two steel griders from the NY World Trade Center attack which raise up 6 feet or so and are recent memorials to 9/11 in this middle sized, conservative Louisiana City. There is a quote from President George W. Bush about terrorism on the Lafayette 9/11 Memorial.