Lima, Peru: Six months before I had been in Lima with Donna Bransford, Director of ACORN International, to help in opening the office of ACORN Peru and install our organizer, Isabel Diaz, and meet with our partner organizations, FEMOCCPAALC, who we call the Comodores, and FENTAP, the federation of water worker unions in Peru.  This time we were traveling with Drummond Pike, the President of the Tides Foundation, and Frank Arundel of the Panta Rhea Foundation, both from California because of their interests in the progress of this work. We were also joined by Lisa Donner, ACORN’s Director of Public Policy, who is based in Lima for the next several months.  In short we were a tight squeeze in any Lima cab as we coursed the various compass points of the city.

The first day in Lima had been a long one.  Sunday had been sucked up by the 12 hours of travel for me to touch base in Peru, though I didn’t complain since everyone else had longer and more difficult journeys.  Monday we were out on the trail quickly.  The weather was a gray spit of a day.  This was my first experience in a Lima winter.   The sidewalks were slick and one could feel a bite in the draft of the buildings, even though it wasn’t really that cold, it still came as a surprise.   There is a certain out-of-body sensation the first 24 hours in Lima – in fact in almost any foreign country – as one adapts to the fact that the blackberry isn’t working and neither in this case is the cell phone.  Internet locations are around, but not necessarily open when one can grab the time to put in the hours.  The first reaction is disorientation as one tries to adapt to a new reality.

We first met at the Comodores office – their 3rd new office in as many years as I had known them as they shifted with their finances.  Then we visited a kitchen in the southern part of the city that they had operated in a community for more than twenty years in one of the few buildings that any of the local commodores actually owned.  They had recently gotten a new roof which was a great accomplishment.  More than 100 pr eople were involved in this comodore.  We then visited another comodore in the northern part of Lima in a more middle income area that served another 80 or so people in a collective operation where the kitchen was in the former small front year of a member family.  These field visits are always special.  There is always a humility and pride of accomplishment along with a certain honor and celebration of the visit.  One always learns something new as well, as we get deeper and deeper in understanding the organization.

The harder meeting was with the leadership of the Comodores after the guests left the room and the field visit was over.  These partnerships are important, but very hard.  The Comodores have an exacting leadership structure where no elected officer of the board can ever repeat in any office the next election, but has to stay out one term before running again.  Though this gives many women opportunities to lead, it also means that there are often shifting alliances and political struggles in the board and that can strain a partnership made with earlier leaders, as ours was.  Additionally, one has to deal with the issues of resources inevitably.  The understanding of many popular organizations of anything from the North or of their observation of NGO’s – non-governmental organizations, is that they are a source of money.  Coming to understand ACORN as a membership-based organization of lower income people, much like the Comodores with a different program is a hard climb for some ambitious leaders who would like to believe differently, regardless of how many times the subject has been joined.  These kinds of sessions are difficult because no matter how clear one becomes by the end of the meeting there is still nothing easy about it and there is no way to save face for any of the leaders who may have been staking their reputation on their ability to move finances.

The Comodores have grown to more than 1800 kitchens now serving 150000 meals per day to people, but the government is also intent on a process of decentralization which would change the relationships to the supply of some of the food stuffs and commodities received by some of the kitchens.  This is happening all over the country, and the Comodores are having difficulty combating it easily.  Alliances with other comodores in other cities are infrequent because of the time and money associated with travel.  In fact the plan under debate with ACORN Peru had been about training leaders and organizing forums in Lima-Callao to get all of the comodores on the same page for this fight, which was not unimportant.  Coming to understand that we could help, but not solely finance such organizing had been a stalemate.

Coming months will determine whether or not we are finally moving forward together again. 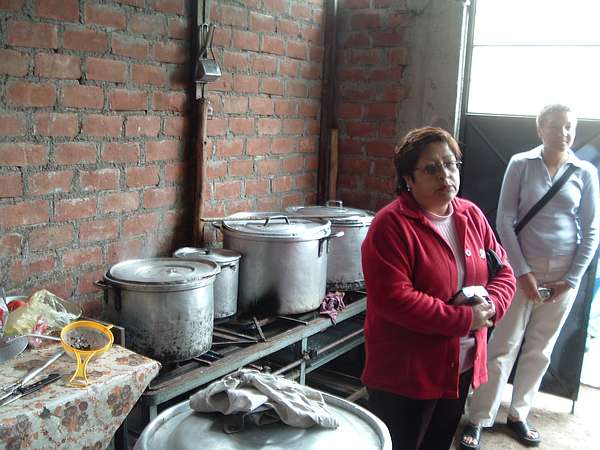 Donna bransford, director of ACORN International with one of the Comedores leaders. (below) Local women working in one of the comedores. 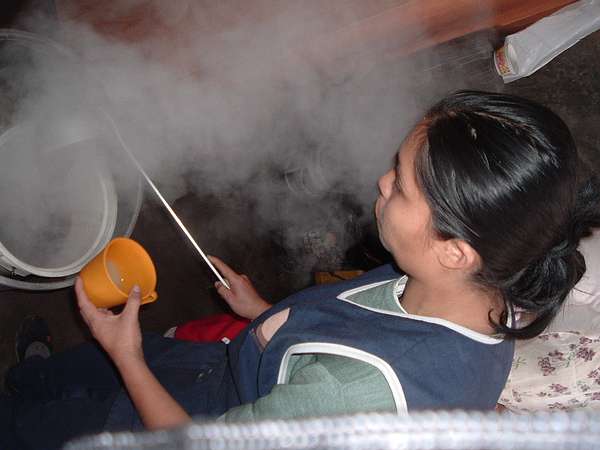 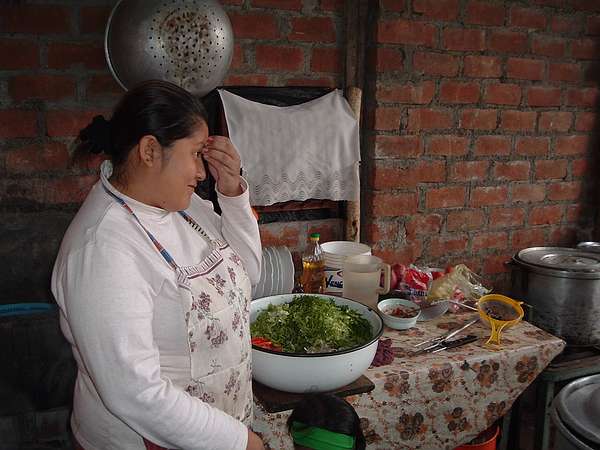