Nairobi: Kibura is a huge slum.  The degree that a slum can be said to have “boosters,” Kibura had them.  This was reputedly the worst of the worst and as I was told frequently with more than a million residents, this was “the largest slum in sub-Saharan” Africa.  Low-slung with no dependable access to clean water or sanitation and a housing stock that literally could be washed away in the rains in this normally dry country, Kibura was amply able to live up to its reputation.

Talking to organizers first with the Kibura Grassroots Initiative they pointed out the difficulty with “flying toilets.”  It seems that without any real sanitation system the makeshift system involved depositing feces in plastic bags and then and then under cover of nightfall with no street lights obviously, one let the “toilet” fly as far away from where you lived as possible.  One frequently noted downside though was that if you were walking the ally paths of Kibura at night on the way home from work or whatever, it was not unknown to be hit by a flying toilet.  A related scatological phenomenon also found its way ingenuously into the problem of street crime.  Cab drivers and others would counsel against rolling down the windows in traffic in the downtown area because the “armed” in armed robbery frequently involved someone coming up and threatening that you either relieved your self of your possessions, or they would throw in the window the results of their most recent relief.  One of my most able guides, Mary Forbes of the AFL-CIO Solidarity Center, told me frequently of showing up at social events and hearing one partygoer or another mention that they had just had an unfortunate incident with the s***throwers.  This is life on a different edge.

In one meeting with organizers and activists involved in projects and programs in Kibura, I found something unusual, fascinating, and unexpected though.  I met with two young organizers who were active in, and one chaired, the Community Organizations’ Practitioners Association of Kenya (COPA-K).   They explained the program in detail and I was greatly impressed.  At the end of the conversation I found myself trying to figure out a way to link our training school, the Community Labor Organizing Center in the US and Canada with their program into a global training network.  That would indeed be something!

Here’s how it all seemed to work.  They have 200 members of the association of organizers.  They have an annual training session which keeps all of their members up to date, and when they first go through the formal training upon completion they are officially “certified” as community organizers.  This qualifies them more fully to work for community organizers for the host of NGO’s that seem ubiquitous in Nairobi.  Some of them have graduated in community development at the local university, but this additional certification makes a big difference in credentializing them as organizers with the NGO’s.  It seems that for a five year period they had gotten assistance in these efforts from an community organizing center in the Philippines though that time was now past.

There’s not a community or union organizer working in the developed world who has not at one time or another in fright or frustration while examining the craft and trade as practiced often at its worst, said often in despair that it was a shame that organizers are sometimes not required to be licensed or certified in some way or another.  Usually our more progressive instincts take over soon after the exasperation passes, but the value of good and solid training is never totally lost on anyone.

Our colleagues at COPA-K have the thing down to a fine point with their own association and certification process in place.  There is much to learn from them about their experiences in such a world. 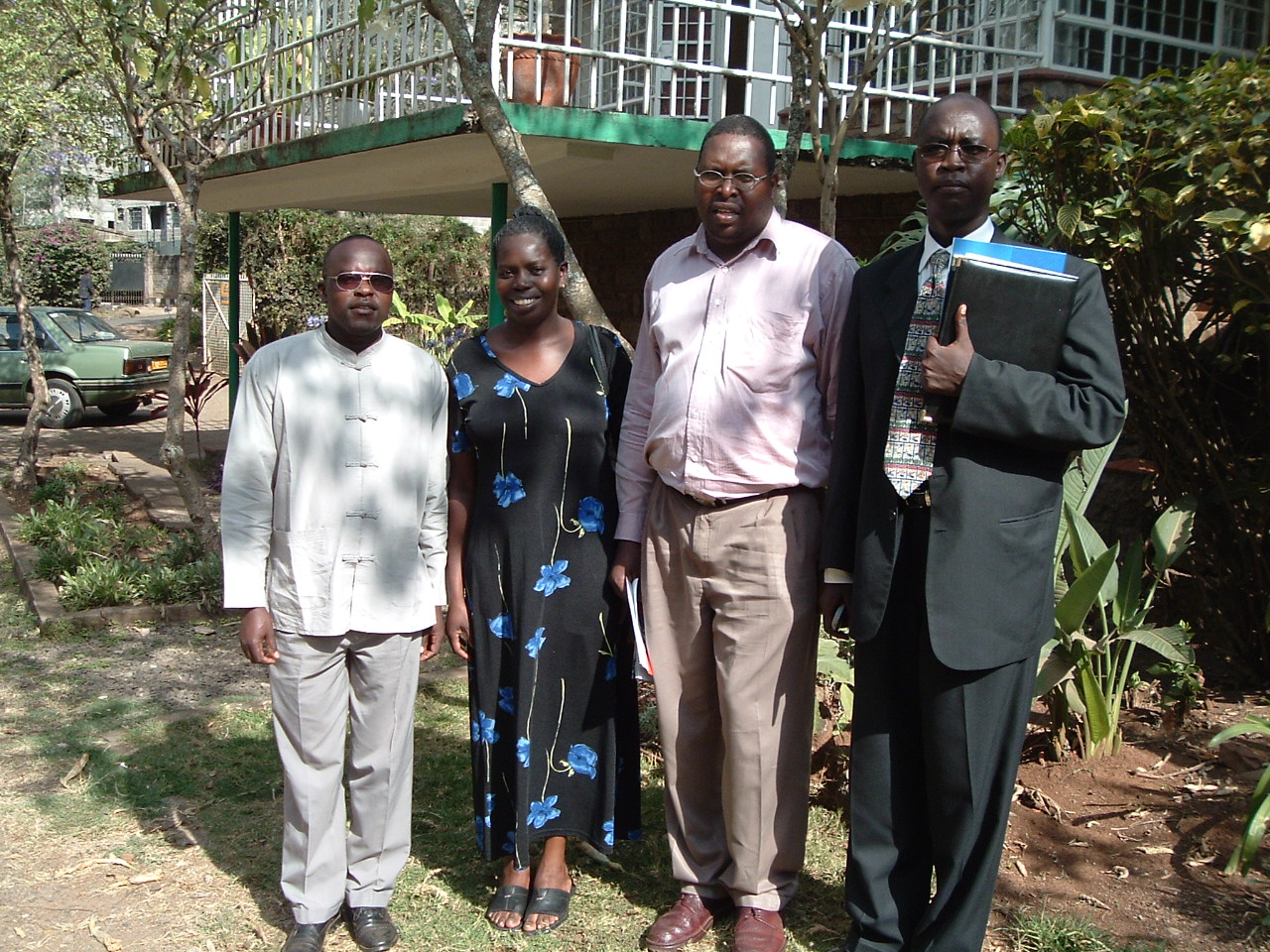 Two staff from COPA-K in the center. One either side are Susan Chege and Elijah Omolo, from the development organization Give Us Wings, who helped arrange the visit.