Lima, Peru: BBC World mentioned this morning that there was record snow in the United States and that more planes had been delayed than at any time since 9/11, but in Lima it was muy caliente under the equatorial sun as we walked through the two communities where ACORN Peru is organizing its first two groups. I have said it before and with any luck, I’ll say it again, but there is nothing quite as exciting as the first days of building new organizations and to be doing so in Lima adds another layer of thrill to the entire project.

ACORN had opened an office in Lima a year ago largely to support and service work we were doing with two partnerships: FENTAP, the water workers union and its fight against water privatization in cities and districts across Peru, and the Comedores, who run a massive food kitchen operation in Lima and Callao. Nonetheless, the longer we worked in these partnerships and became familiar with the communities and their issues, the more it was hard for us to ignore the often pointed comments our companeros and companeras made about the need to have something like ACORN — a democratic, membership organization of lower income families — organizing in Lima. In 2005, we determined to try to add that to the outline of our work in Peru. We hired three (3) promising organizers, one an RN, one a community health worker, and one a union official as the first staff to train in community organizing, as well as Isabel Diaz, our senior staff person with ACORN Peru, who had been maintaining our partnerships. We also had a huge asset in Leyda Flores, a topnotch, dynamite organizer from Honduras via New Jersey ACORN in our award winning office in Newark, who thanks to some paperwork issues with Immigration needed to leave the US for six months, so was available to get the show on the road in Lima.

When I showed up in the ACORN office in Lima, we had hardly gotten past the traditional greetings when Leyda and everyone else was telling me that in the first two days “on the doors” we had signed up the first seven (7) members, so we were on our way in Lima! It was exciting talking to the new organizers about their first impressions of the communities and the issues they were hearing and campaigns that were quickly developing in their minds.

We were organizing in two very different communities.

One was a giant housing complex with 3500 units and undoubtedly even more families than that called Palomino. Low to moderate income housing with the standard story — an owner that had disappeared, a history as housing for telephone workers before a cutback by the company laying off many workers who converted their severance to this housing, and problems from a lack of title to the units to crime to maintenance to the pollution spewing from the plants across the street, including Nestle’s popular ice cream factory, Pepsi’s bottling plant, a milk plant and a pasta plant — all yummy targets for different reasons! With a blink of the eye and some squinting, this development could have been in scores of ACORN organizations in the US and Canada.

San Juan de Lurigancho though could only really be in Lima. Unpaved streets met squatter housing that rose to engulf the terraces on goat trails through the grey boulders and barren hillscapes and the green or blue outhouses and water cisterns perched among the houses. This had all been squatter housing until in 1993 under Fujimora the houses in the flats began getting titles to the ground. Population continued to explode. ACORN’s organizers guessed that we were probably dealing with a community with ten thousand (10,000) families now and a laundry list of issues. This was all dry, dusty work going door to door and within the first rows from the paved street it was easy for Leyda to point out the houses of the first members. This work would be different in lots of ways, and it was exciting to imagine a first meeting for San Juan de Lurigancho that could have 1000 people there as easily as 500. One could feel the pulse of possibility that merges an organization with a movement here.

ACORN Peru is going to be interesting to watch in coming weeks as it begins to grow in Lima! It was a gift for me this weekend! 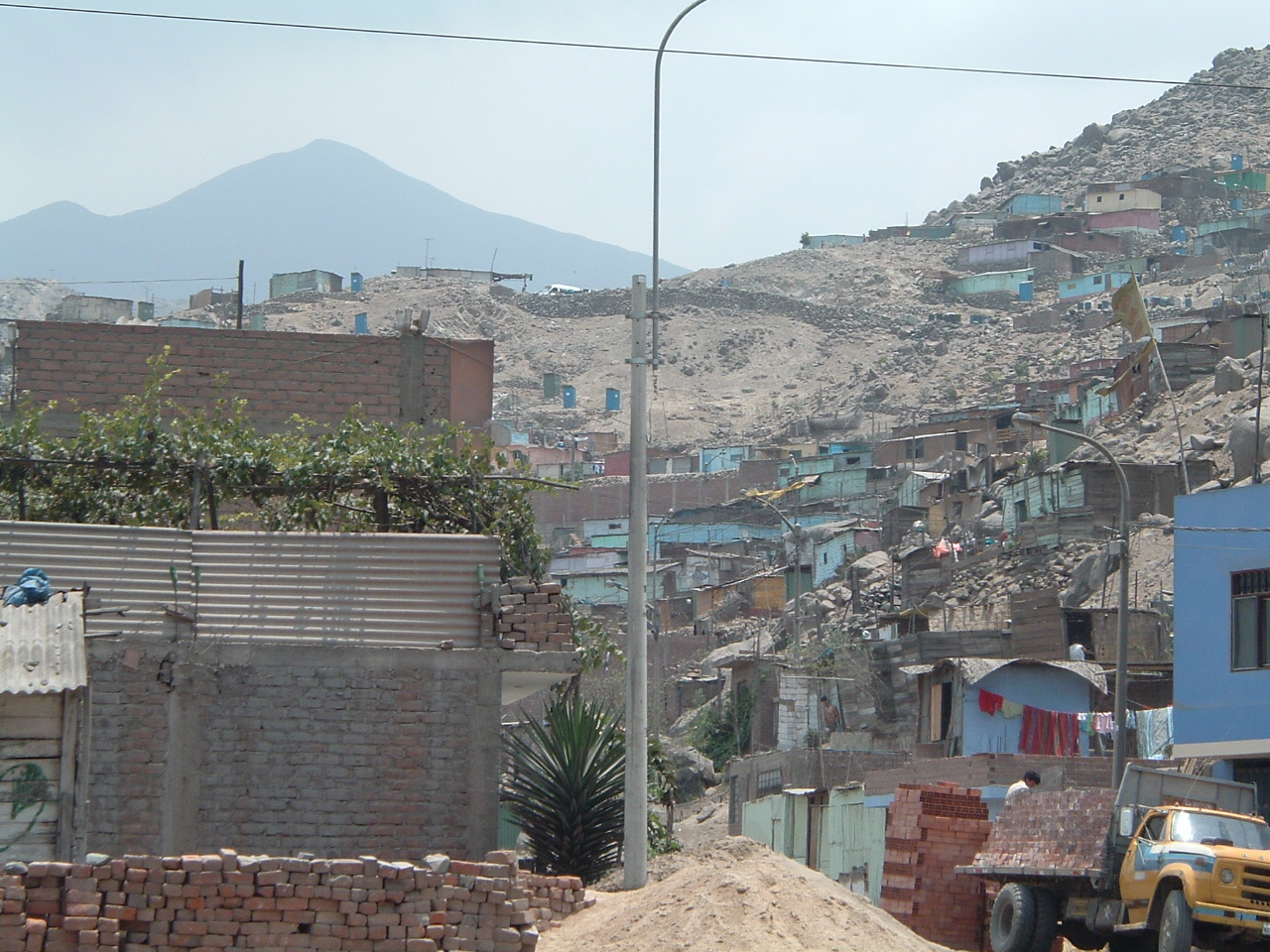 The community runs up the hillside in San Juan de Lurigancho.
The white wrought iron marks the home of one of the first members of ACORN Peru.
The Palomino units run about 4 stories in a tightly packed maze around the development.
This is a view of Downtown Lima from my hotel room — Lima with 8 million people is a huge city but not known as a tourist destination.
A church in the middle of the Palomino complex announces its commitment to being a voice for liberation and is a likely ally and meeting place for our work in the community. 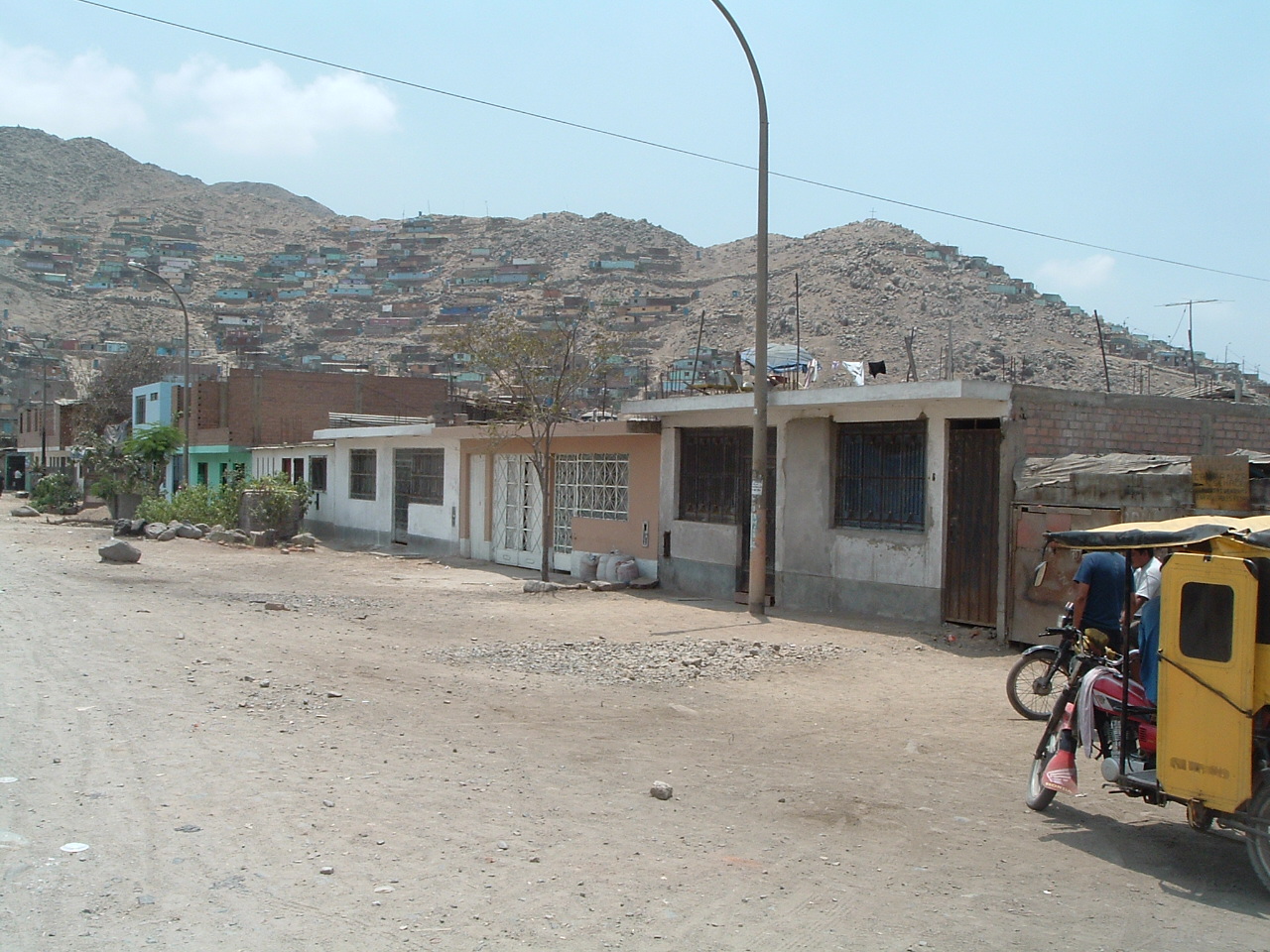 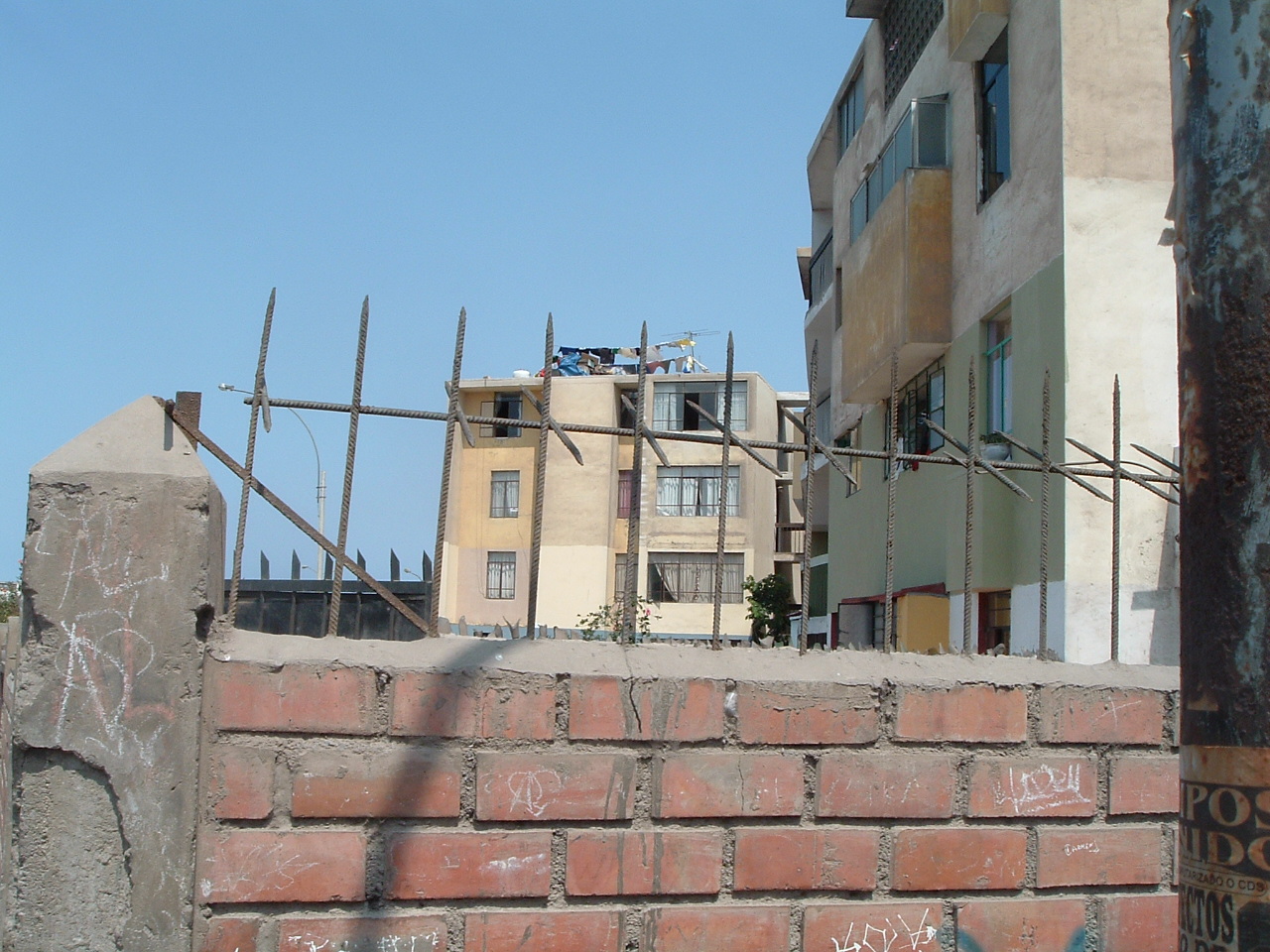 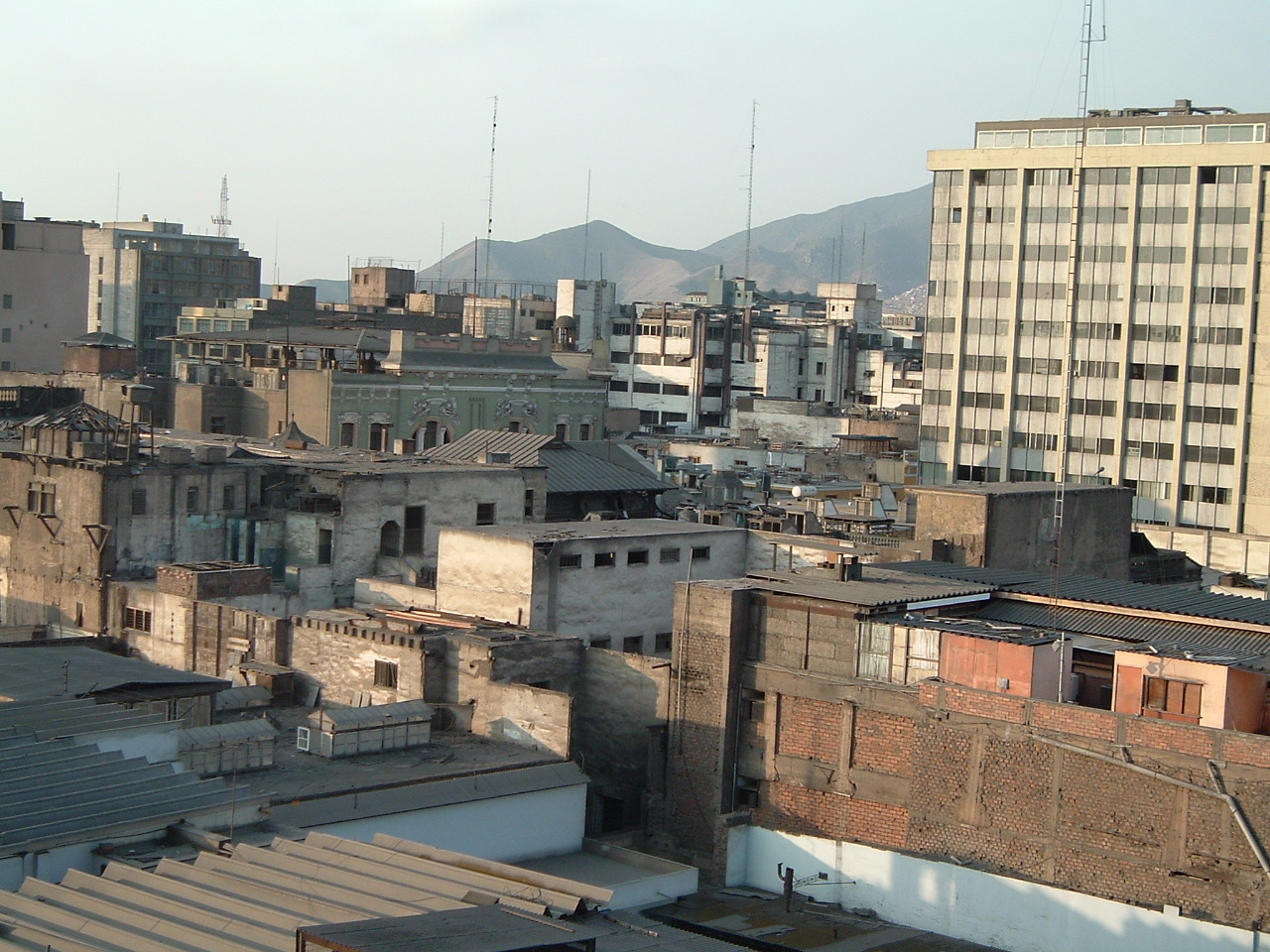 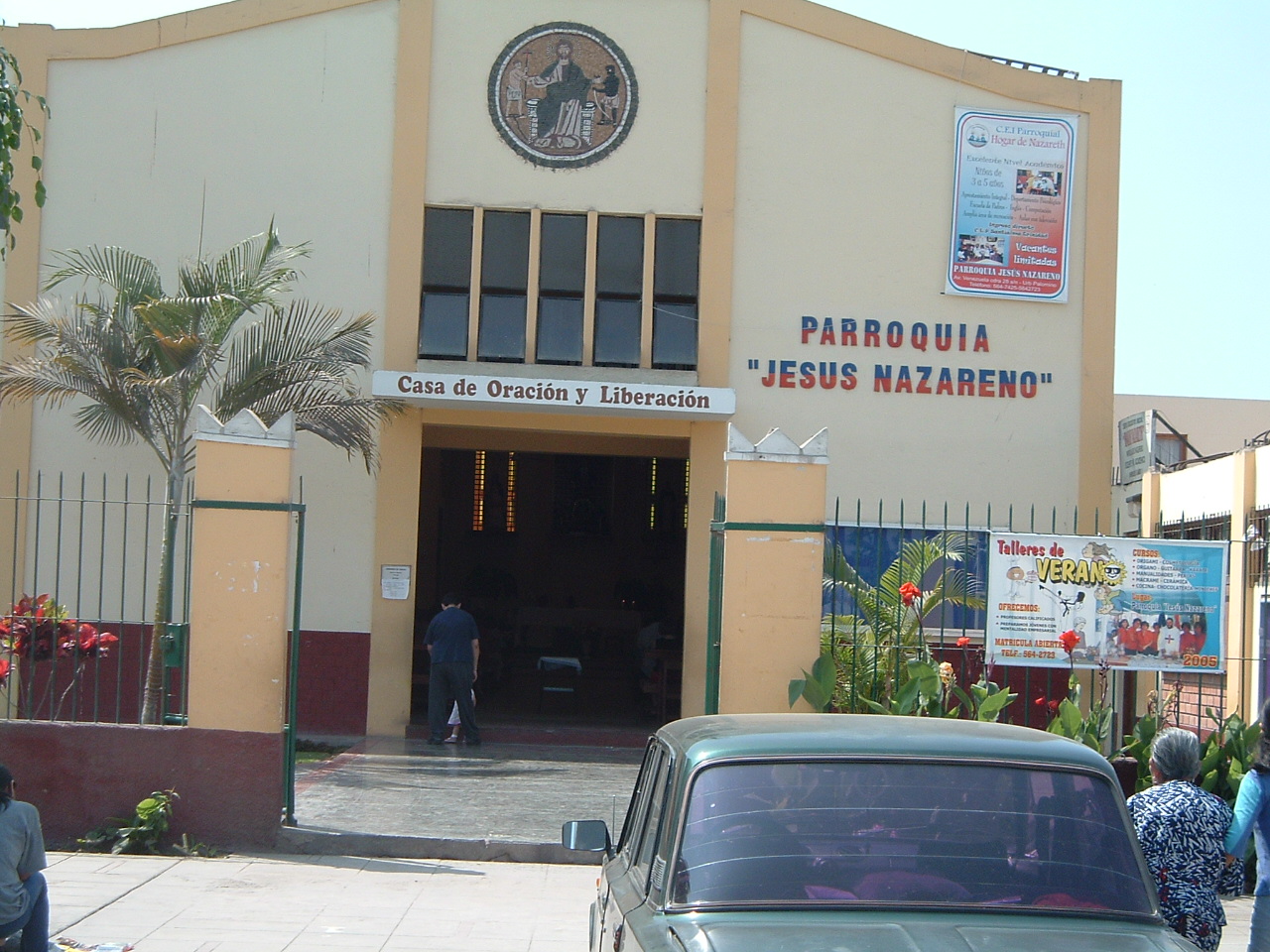 Columbus, Ohio: Flying into Peru in the aftermath of a series of hella-days, it was hard for me not to wonder what was now ranging loose and at large in the world.

Without doubt, part of this is provoked by the every four year festival of folly that seems to typify an Inauguration and its excess. One tries to be a good sport, but there is no doubt that I was not the only one rooting for the snow. I may not know who you are, but I know you are out there!

I had left Columbus, Ohio on Wednesday morning before dawn with the snow flurry’s flying. Nearly an hour of deicing was necessary to get us off and running — and one doesn’t begrudge a minute of that work or envy the poor working stiff out there waving in the frigid breeze with a power washer! — And out of Columbus towards New Orleans again.

I had been back in Columbus for the first time since before the election, yet the election seemed everywhere in the swirl of discussions in any meeting I attended. I participated in a meeting convened by Dave Regan, President of SEIU’s Local 1199OH/WV/KY, the huge health care local about what it would take to put the pieces together for a progressive opportunity in the 2006 gubernatorial race. To the degree that Ohio has become the “new Florida” and continues to be ground zero in the grassroots fight for a progressive future, the governor’s race is a hot topic on a freezing day. Many were still suffering from post traumatic stress from the last battle even as they planned the next one. The one agreement that was central was that 2006 would be a race that could tilt the table depending on which way it fell.

Later at another meeting in the State Capitol convened by Minority Caucus Leader, Ohio Senator C.J. Prentiss, I joined Florida’s State Senator Tony Hill in telling the story of the great Florida Minimum Wage victory and whether or not this could be a similar opportunity in Ohio and what role ACORN, labor, and others could play. This meeting saw labor’s warhorses, dozens of seasoned politicians, and the usual array of staffers busily taking notes and asking the hard questions, because they wanted to be winners and wanted to feel that they could deliver big time to working and lower income families in Ohio, just as we had experienced in Florida. This meeting was fun. People hung on every word. There was hope.

But it was still cold and it was still snowing, and the inauguration brings another reality back with a fearsome force. We are facing four more years of George Bush and he has a purpose and a conviction that one has to respect and fear no matter how much one may disagree with the direction and the program. Whether he is talking about the USA or the world it is a scary thing and it brings a dread to the day.

The debate goes back and forth. Keeping hope alive, finding unity of forces and purposes, fighting to win another day — these are our touchstones. Ohio is a big, fat middle of the country reminder of how important — and hard — it is all going to be every day of the coming years. 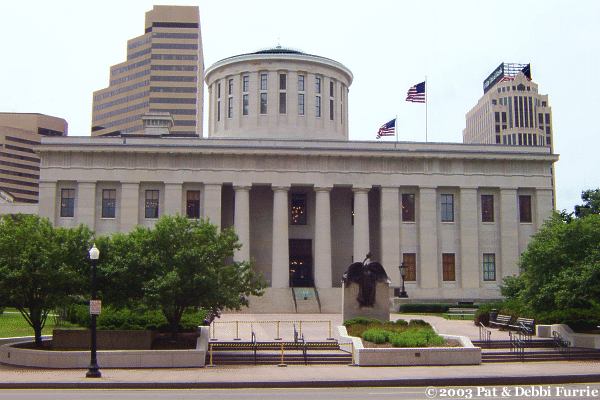