Manila: The meeting of the Leaders and Organizers of Community Organizations of Asia (LOCOA) was fascinating, somewhat exhilarating, and absolutely educational.  Having spent the better part of 4 decades listening to organizing reports, it adds a different dimension when there is a section on the agenda for “country reports.  But, it was appropriate as community organizers from Thailand, Korea, Hong Kong (China), the Philippines, Japan, and India all gave extensive reports.  Other organizers were unable to come from Indonesia, because of the ongoing issues with the tsunami, and from Myanmar (Burma) because the government holds the passports under the repressive martial law there, and refused to release the organizer’s passport for travel to the meeting.  These were not “dog ate my homework” excuses, but almost acts of God.

Furthermore, many of the organizers had been at this work for years — 20 or more.  The senior hands were Denis and Alice Murphy who seem to have guided by example and direct inspiration — and undoubtedly more — much of the work dating back virtually to the period of Marcos Martial Law in the Philippines.  Hearing how the organizing process worked — or the obstacles it faced — in periods of martial law, general repression, or virtual revolution in Korea, Myanmar, and the Philippines gave a dimension and gravitas to our work that one misses on a day to day basis.

Saying all of this, I was struck as I furiously took notes and strained to process all of this new information and the familiar patterns and principles of all of our community organizing, at how “old school” much of the organizing was in both the best of ways and in some cases the worst of ways.  There was a certain Ichabod Crane sensation of people frozen in time or perhaps of finding a tribe in the deep jungle that had not heard that men had now gone to the moon.  These were probably the last organizers in the world who spoke of themselves as “Alinsky” organizers who built “peoples’ organizations” as Alinsky used to call community organizations in his books and lectures.  Furthermore, true to the original Alinsky tradition of more than 30 years ago, they — like ACORN — though unlike many of the current practitioners in his name, they organized the poor — the urban poor — as they called them — who were slum dwellers in massive settlements in one country after another.  These two things — the constituency
and the Alinsky talisman — defined them even if one might have to work to draw many other similarities to those golden days of the Alinsky work.

They talked of mass demonstrations, marches, squatting, street blocking, building a “poor peoples’ party, recruiting organizers from movements, and so many other things that made them more ACORN than Alinsky, but removed by 5000 miles or more like a separate species of work contributing to the unique biodiversity of struggle.  They talked of a Professional Society of Community Organizers with 300 members in the Philippines and its’ program.  They struggled with how to bring on the next generation and what would drive them to the work and hold their hearts and labor.

Packing in an hour about ACORN, I felt it was best to give a thumbnail sketch of the pieces and parts, in the way one would look at the vital statistics of an exotic bird in a nature manual, so that they would be able to assemble the pieces themselves for later recognition and experimentation in the field.  So much to cover in so short a period!

Driving to the airport at 3 AM in the morning for the days journey back across the dateline organizers continued to pepper me with questions the whole way, mile for mile as we sped through the darkness, passing jeepneys beginning their day, and the early birds trying to beat the solid stream of traffic back into the city of Manila.

I had wondered if it would really be worth it to fly for 3 days for 2 days of meetings across the world.

It was!  There is a long land bridge that we need to build back across Asia to North America again to get some travel back and forth and discover some things that are new and valuable. 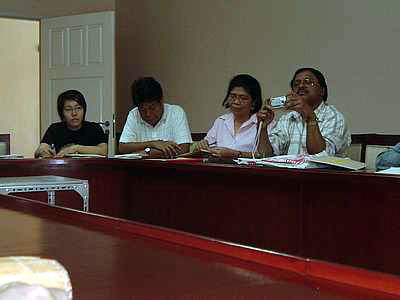 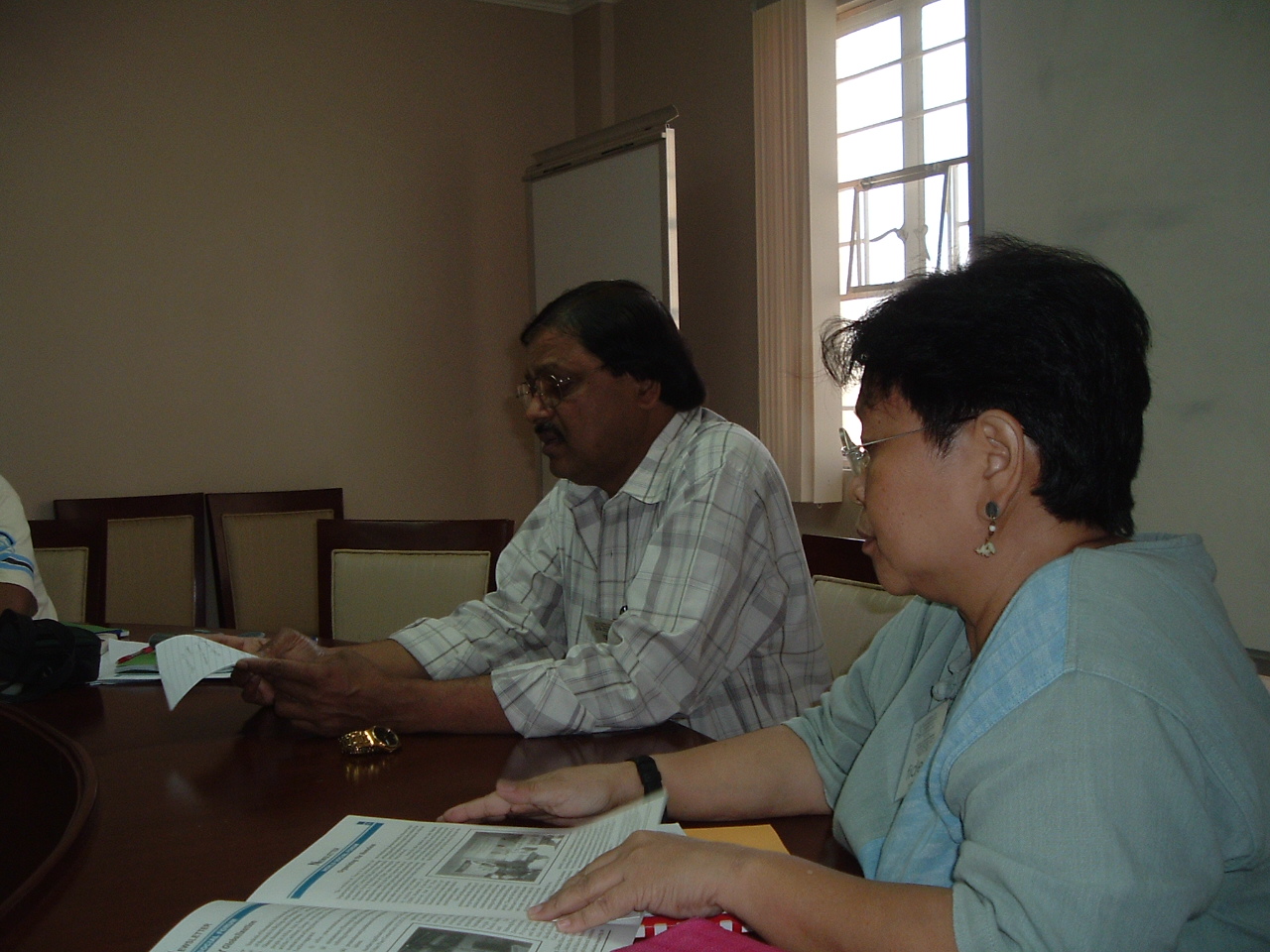