Manila, Philippines: I was a visiting guest at the directors meeting of LOCOA — Leaders and Organizers of Community Organizations of Asia.  This was a quick and painful trip — 20 hours flying out from a Friday to a Saturday night and then 2 days in Manila, and 20 hours flying back to hit the states again on Tuesday morning having left on a Friday.

It was worth it to have an opportunity in one place and at one time to meet the top organizers from this network of community organizations from Japan, Korea, Hong Kong, Thailand, Indonesia, Myanmar, India, and of course the Philippines, many of whom had been working for more than 20 and even 30 years in this part of the world.  Disappointingly, the Indonesian organizer was still tied up in the aftermath of the tsunami and the government refused to release the passport of the Myanmar organizer to travel, but these things happen in this part of the world.

On Sunday after a few hours of sleep and I accompanied Denis and Alice Murphy, seasoned directors of the Manila-based Urban Poor Associates, and my hosts, in a tour of the BASECO slum.  BASECO was a former shipyard under Marcos — the Bataan Area Shipyard Company — which had gone belly up after he was pushed out of office, so squatters began filling up the area immediately by building makeshift houses along the river on stilts originally and then increasingly inland wherever they could find empty ground.

UPA had been working in the area for a year when there was a mysterious fire, wiping out a whole section of BASECO.  There were two other fires in adjacent areas in subsequent years.  The government acted quickly and under protests there was progress and two NGO’s came onboard to provide housing where the potential owners would provide their own sweat — Habitat for Humanity from Georgia and Gawad Kalinga (Couples for Christ — a Catholic based group) on this ground.  Each unit cost about $1000 USD.  600 were being built by the Catholics and others were being added now by Habitat.

There had been a long, hard, and ultimately successful fight to try to have the original squatting families eligible for relocation to these new houses.  The local peoples’ organization that UPA advised had been identified as the most responsive organization in the area.  I met with the local officers who then walked me through the community.  Before walking we spent some time in their one room office.  I asked them about a note on the blackboard about membership dues.  It was a fascinating conversation.  The dues were minimal and really provided very little support for the organization, but did cover meals for the meetings and other minimal expenses.  They also had a scheme whereby they would rebate half of the dues, if the family had an emergency.  In a year they collected about $100 USD, but they were on the right track at least.

The housing was also interesting.  Concrete floors and a form of toilet attached to a septic tank.  The housing groups — Habitat and the Couples — took no responsibility for infrastructure relying on a government commitment — that went painfully unfulfilled.  So electricity was spare and illegal.  No running water.  Sewerage was hopelessly inadequate.  In the Habitat area there was a murky ditch dug between and around the houses, which was troubling.

Nothing stopped the corporate branding of this community and its tragedy.  The housing groups had plaques and signs indicating the real owners were not the ones who had contributed their sweat — 200 days for one group and 600 hours for another — but Procter & Gamble, Dole, and others.  I wonder if they knew they were creating a time bomb almost as large as the one they were curing.  Branding their names on a sketchy future would seem like something that should carry a lot of risk and some slap back for these global companies on the make. 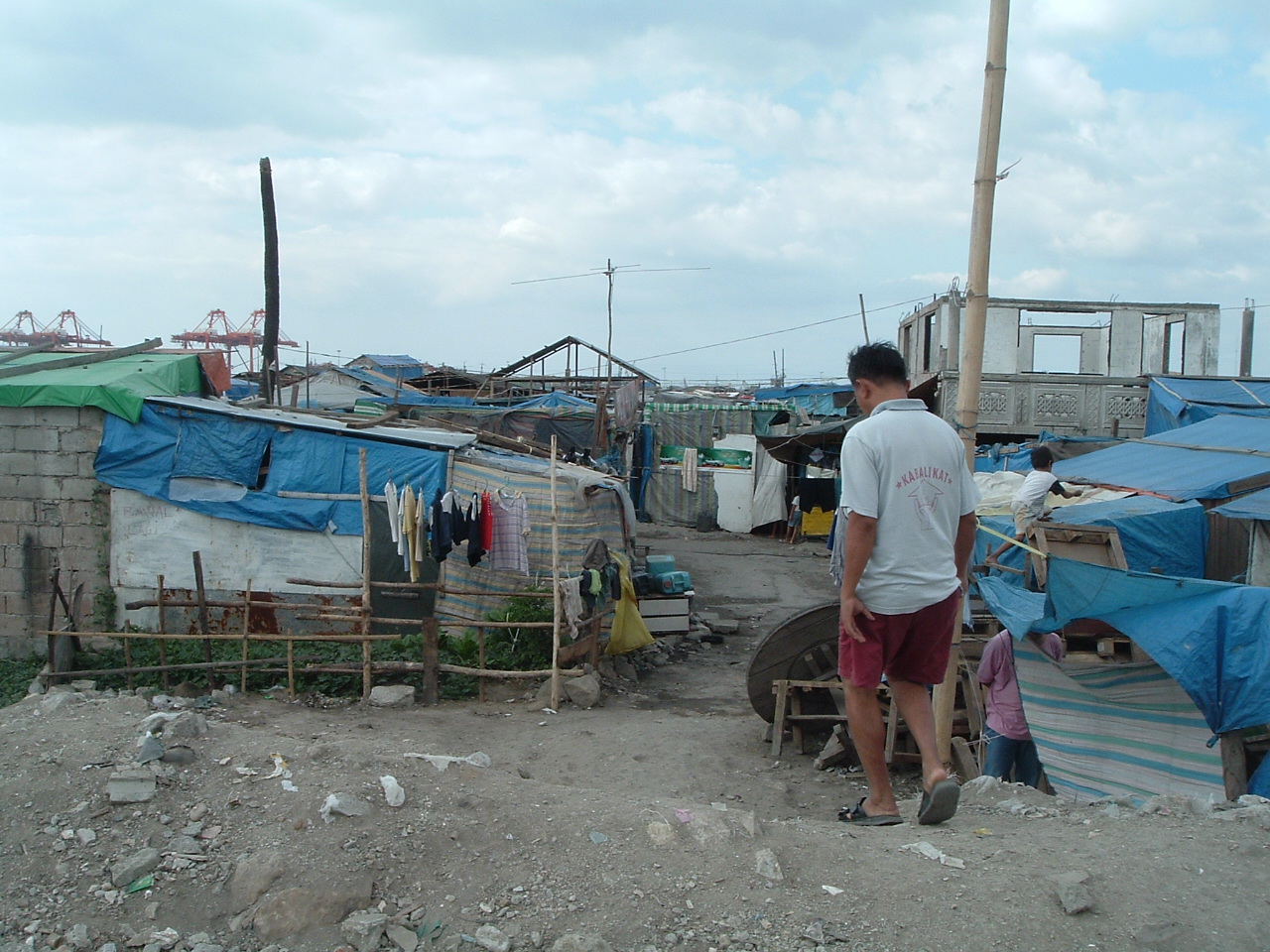 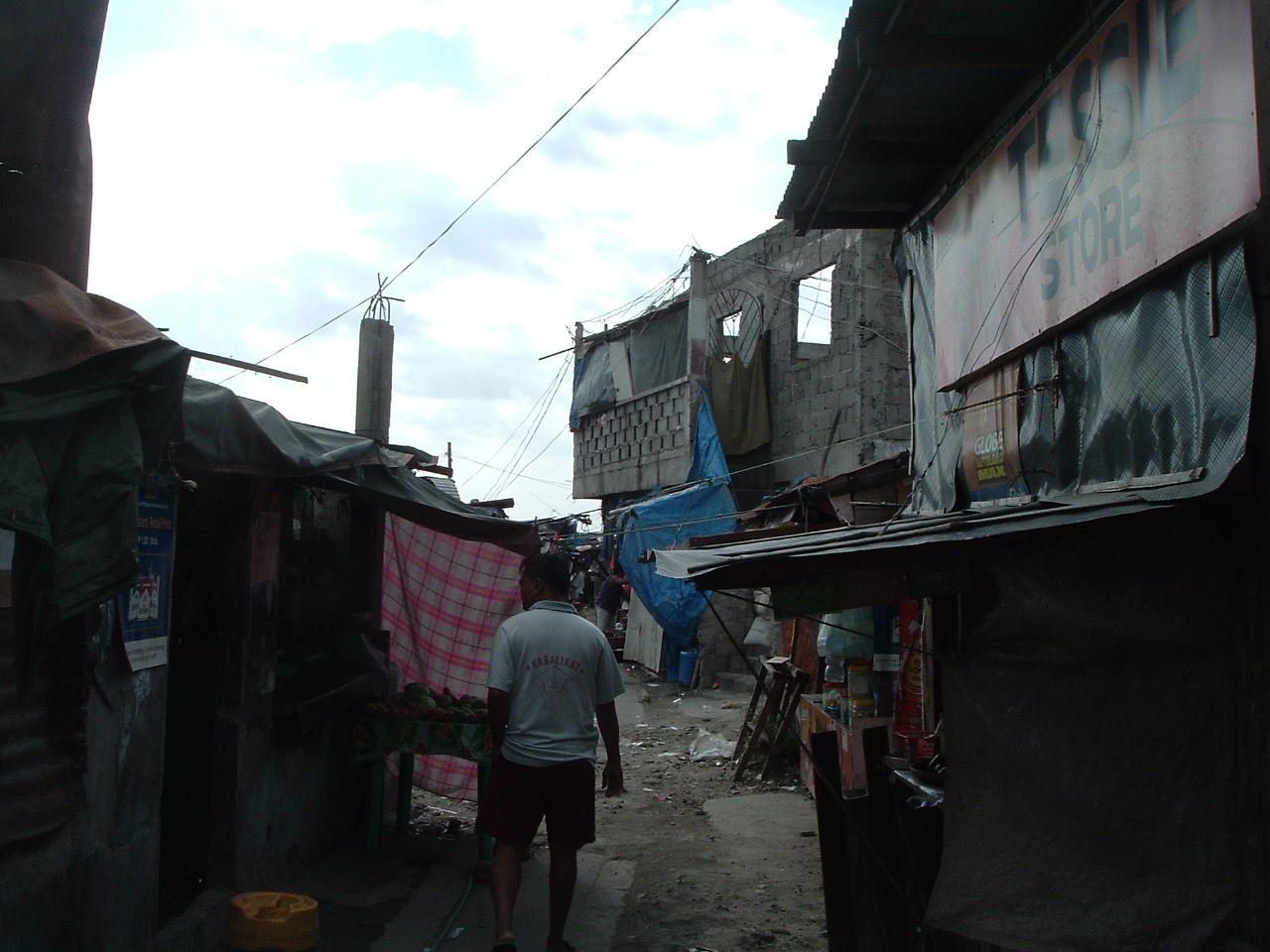 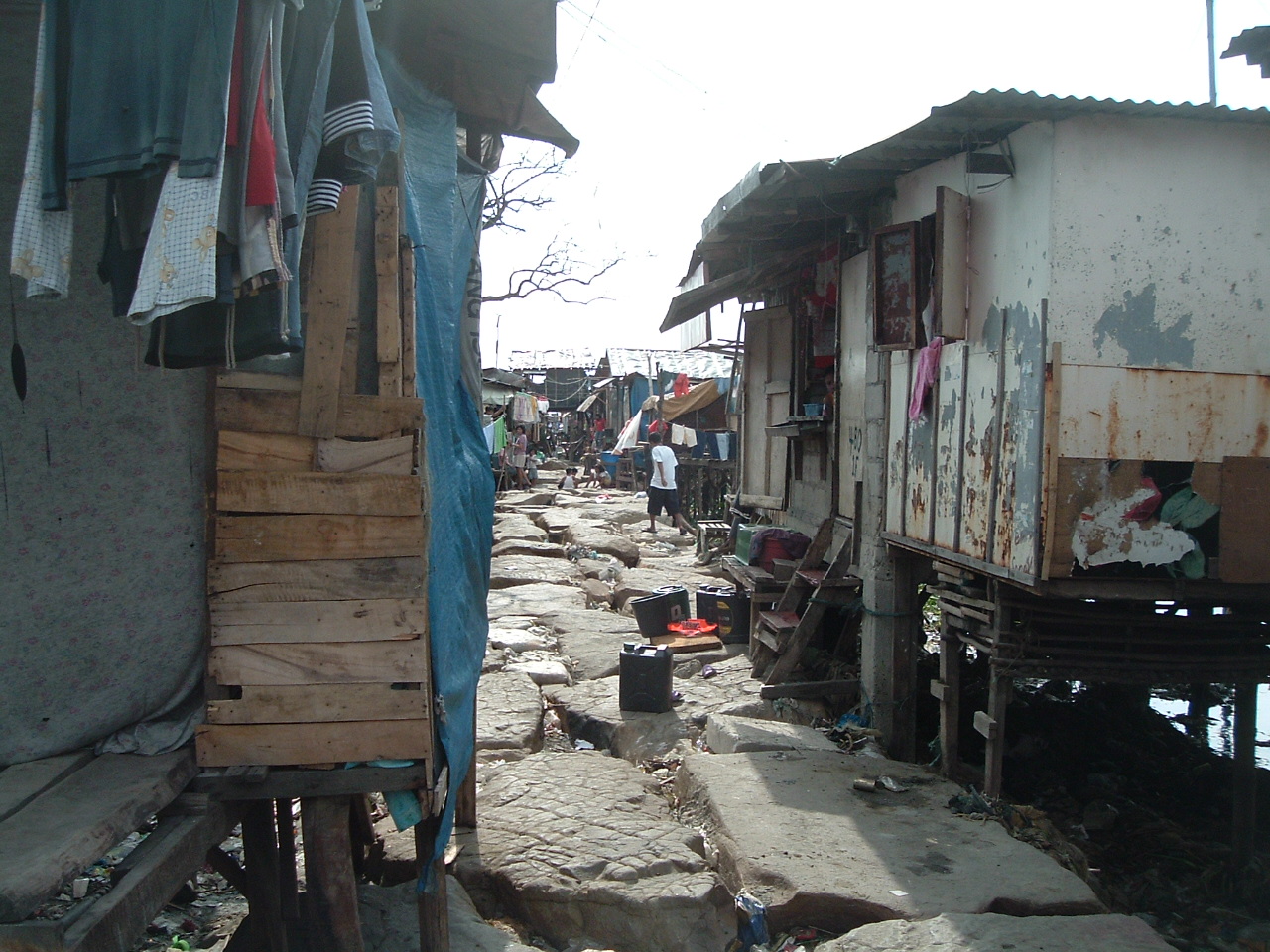