Charlotte:  With all of the expansion of new offices in ACORN the national board has had a policy in recent years to meet in new offices in order to see the progress and give the local leaders a shot in the arm and some general solidarity and encouragement.  In recent years spring and fall has seen the board in Kansas City, Columbus, Fort Worth, and now Charlotte this spring and Indianapolis in the fall.   Charlotte is a US Air hub so I have been forced through the a airport a dozen times in recent years, but it has been more than 20 years — as near as I can remember — since I stayed over night in Charlotte.

One constant over that period has been that Si Kahn.  Charlotte has served as home base for Si and his various operations for a long time, so I reached out on the chance that I might find him in town while the Board was here, and as luck would have it, he was planning to be there.

We had a surprisingly good visit.  I met him for lunch downtown at a home cooking place called Merts which was ok.  I had red beans and rice to see how it matched up to New Orleans, and for some reason in Carolina they not only slice the sausage, but put cheese on top of the whole thing — people who die for less in New Orleans for that, but that’s another story.

Si was wearing a brand new denim shirt that proclaimed the 25th Anniversary of Grassroots Leadership, an outfit that did leadership training, research and, increasingly, some campaigning around the south mainly, but beyond as well.  The main campaign that Si and his team were handling now focused on the privatization of prisons and their interest had grown to focus on privatization generally.  Si and his partner had written a book about to come out on the privatizations fights, called Fox in the Henhouse.  He brought me a hard copy to read and asked me to do a blurb for it, which I look forward to doing.

We swapped stories about this and that in the little time I had before the Board came back from an action on Liberty Tax Service and would be raring to go.  Si had graciously volunteered to sing for the Board, so he was going to be a nice change of pace and a good way to start the proceedings with some labor and civil rights songs.  I asked Si about his folk singing and enjoyed hearing about a trip to Portugal and elsewhere when he had been able to bring this or that family member along to share the experience somewhere exotic from time to time.  We kidded about it, and he shared a great story about the Olsen girls singing a couple of his songs some years ago when they were selling big and the royalties, which helped send a couple of his kids to school.

Si was a big hit as he opened for the ACORN Board.  He sang one song that he said he had written 20 years ago about ACORN for an ACORN fundraiser in Washington, DC, that had the refrain, “were you there, when we organized….”  It was great and a highlight of my day!  I need to get the words and learn them.

There’s hope that we are all aging gracefully!  Maybe not me, but at least Si seems to be. 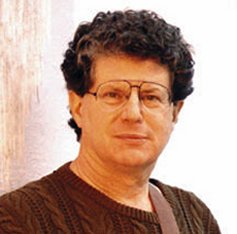