Washington, DC:   At the Gala Awards Banquet at the Washington Hilton, I sat with three tables of ACORN members including ACORN’s President Maude Hurd as Tamecka Pierce, Florida ACORN State President accepted the Campaign for America’s Future Paul Wellstone Citizen Leadership Award in behalf of ACORN’s victory in raising the minimum wage by $1.00 per hour in Florida last November.  We shouted, we clapped, and we chanted “the people united shall never be defeated,” as the crowd of 1000 listened and looked with curiosity at this unruly bunch of ACORN fighters in the big city for an unusual walk in the limelight.

Tamecka walked the crowd through the campaign and also let everyone know that we had Ohio, Michigan, and Arizona in our sides and we were all ready to do it again and again until wages went up for low income working families.  We had a ball! 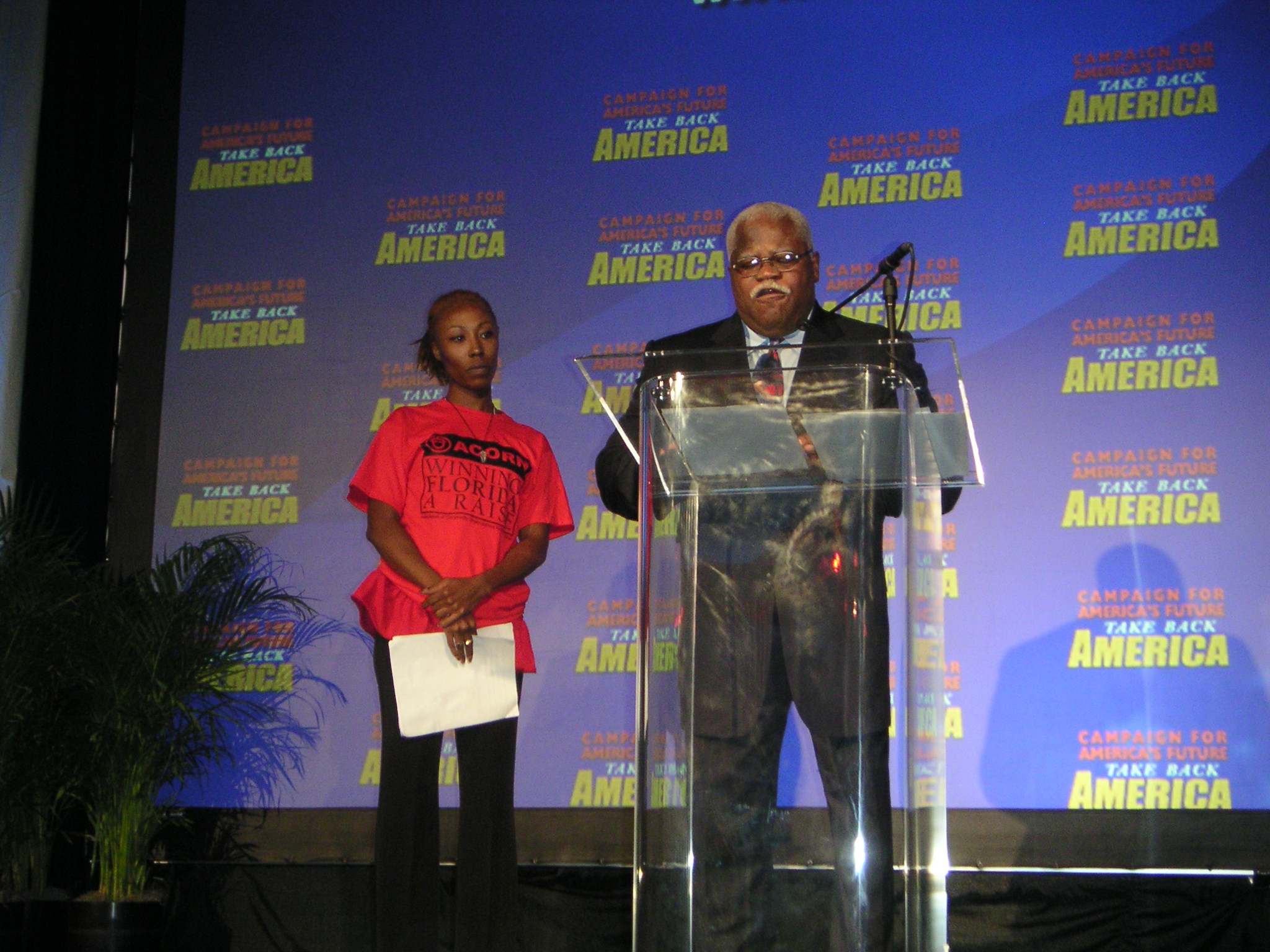