Santa Fe:  An e-mail trail started with Jim Gollin from the Rain Forest Action Network and moved from a friend to a friend to a friend and an invitation to come visit with activists forming a coalition with serious questions about a Wal-Mart proposal to locate a nearly 150,000 square feet Supercenter in the City of Santa Fe.  ACORN along with WARN — the Wal-Mart Alliance for Reform Now — and many, many others have been engaging the company in communities all around the United States about the impact on communities, families, and workers flowing from Wal-Mart’s business model and expansion, so I was glad to visit with these Santa Fe citizens on a clear, warm Sunday afternoon.

I quickly found that I was going to learn as much as I might be able to offer.  Santa Fe is one of the island communities in the United States which continues to move progressively even as that tide continues to recede in the rest of the country.   Carol Oppenheimer, a leader in the Santa Fe Living Wage Coalition, and a long time comrade-in-arms of mine dating back to welfare rights has been a sparkplug in this effort.  A representative of the New Mexico Conference of Churches was there and spitting fire!  A progressive alliance of small businesses headed by Dave Kaseman brought another powerful group to the table with a voice often regrettably silent in these critical debates.  As much as anything, this seemed to be the right debate.     Not just a question of one store in one place, but a contest for the heart, mind, and future of the community and its economic development.  In fact the Santa Fe Alliance had commissioned just such a study which had been part of what had spurred the successful passage of a “big box” ordinance limiting any such development to a footprint of 150,000 feet.  The basic “WARN” coalition seemed to already be in place!

Not surprisingly one after the other, Wal-Mart, Lowe’s, and Home Depot had all announced or were in various stages of development of stores running from 125,000 to 149,000 in the case of the new Wal-Mart announcement.  Talking to these experienced “site fighters” in the local hall of the AFSCME city workers in Santa Fe on that Sunday afternoon, one could also feel the growing sophistication of Wal-Mart in how they had met the challenge of the successful passage of an area wide — they embraced it and voluntarily had moved their minimum wages up to the new Santa Fe level, even before the dust on various lawsuits had settled.  There is not even a Central Labor Council in Santa Fe, so it was not a labor thing, but a peoples’ movement.

They may beat this store.  They definitely have some chops in Santa Fe.  But, I came away from this meeting believing that win, lose, or draw on this store; this will be the beginning of a deep engagement of whether Santa Fe will remain a “people-sized” and accessible community or a corporate sprawl careening down from the high desert. 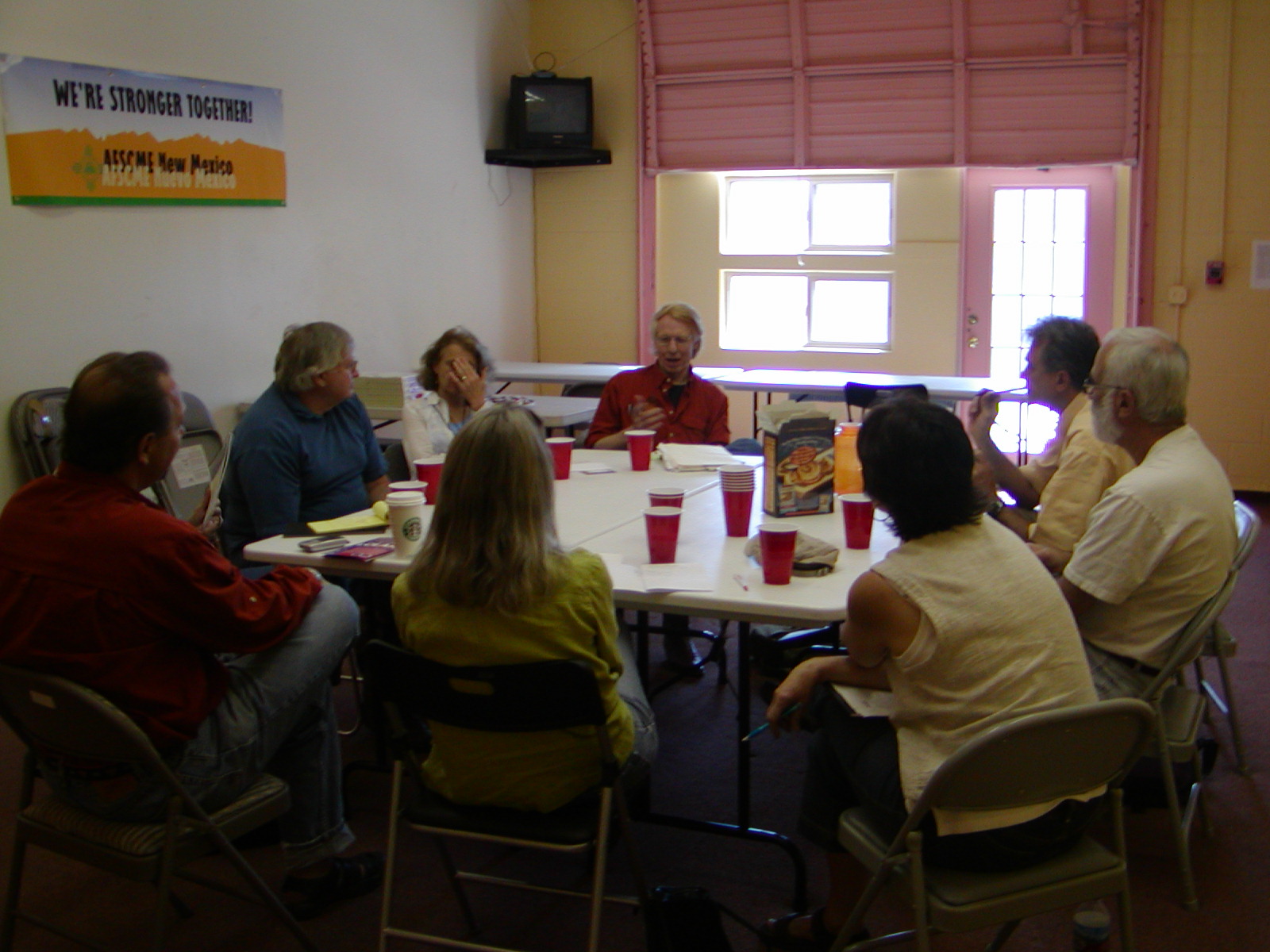 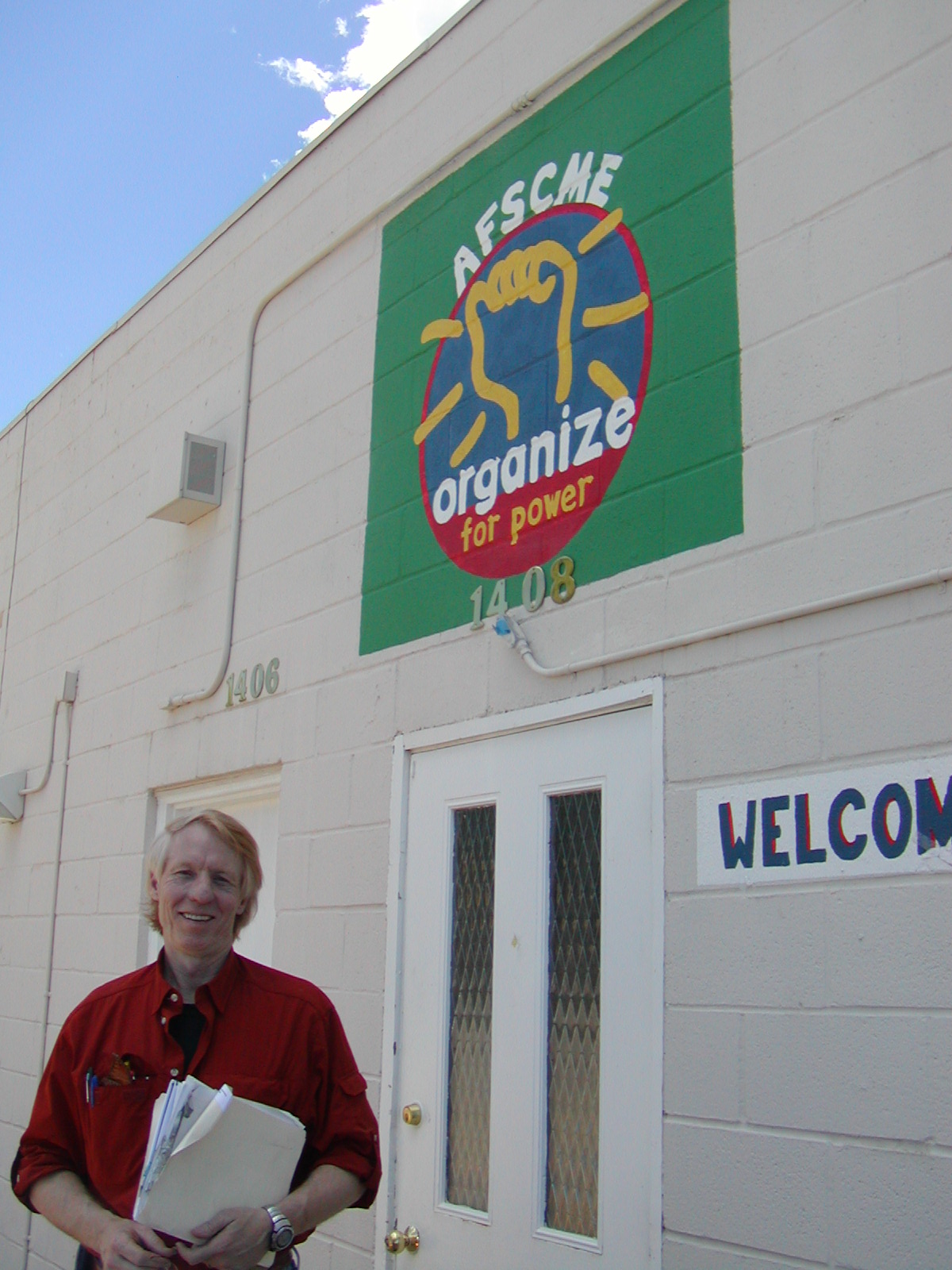