Maybe there is no going home?

Someone with a working phone, please put a call into Noah and get the teams together, because there seems to be no end to the rising waters around us.

Preliminary reports from Rita seem to have knocked down the Local 100 sign in front of the Baton Rouge hall. 5-6 leaks seem to have sprung from the roof over the meeting area, near where CCI’s staff and computers are stationed.

The ACORN offices on the internal side of the building seem fine. Water seems to have come in on the Local 100 offices near the street. Carpet is wet. One report called it “flooded,” while another just left it as water there. Who wants to quibble over the difference — you say tom-A-to, I say toma-TO.

In New Orleans there seem to have been several levee breaks. How long will this delay the timelines to return to the city?

Seems that it would be fairer if the brunt of global warming was more evenly distributed to areas of the country and the world that actually had produced some of the impacts that we are feeling the brunt of now? In New Orleans and other parts of the Third World, we didn’t get the benefit of the higher pay and good jobs that broke through the ozone layer, and now we are definitely involved in some kind of monumental payback even though we didn’t do much to cash in on the front in.

Is there a way to sell “hardship credits” to other communities? We seem to be cornering the market. 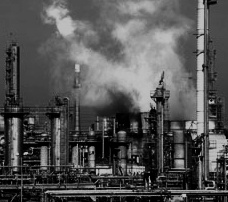 Some people make bucks, some people bury their loved ones.