Indianapolis    The national ACORN board met in Indianapolis for its fall meeting. Among the business was electing officers for the 2006-2007 terms to lead the organization. In a testament to the growth and success of the organization over recent years, ll of the existing team were re-elected for an additional term. 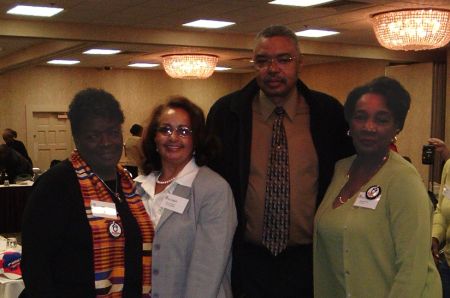 Maude, Maria, Johnny, and Maxine in Indianapolis at the end of the Board Meeting