New York City    In DC and NYC we met with Fortune 500 companies one after the other to talk about a long list of business, but central to the list — what were their ideas and plans for New Orleans and how would they help. It was a long, slogging two days of meetings where progress was as likely to be real as a mirage.

The world turned quickly walking a mile down Park Avenue from one big company to the offices of the New York United Way and sitting down with a dozen ministers, politicians, and allies who really wanted to figure out a way that New York could somehow lend a hand to New Orleans. A couple of blocks around the corner in got even more serious. I walked in about 730 in the evening to find 200 people already in the church for another one of the ACORN Hurricane Katrina Town Hall Meetings we have been holding around the country between our members and evacuees.

After the usual spirited and warm welcome from New York President Pat Boone and other great NYC ACORN leaders, the meeting heard from some of the 25 evacuees who had joined the meeting. Every story from New Orleans is the same and every single one of them is different. They all start on the run, and end in the search for home.

Ryan Bourgeois started off. He was bright, good looking, and articulate and from the Magnolia Housing projects. He said he had graduated from Delgado Community College last year and had started in Loyola. He was on his way to being a New Orleans success story. Katrina swept him up in one direction and his family in another. Now, he was enrolled at NYU, but all that only sounded normal in the way one made a list on the page. Underneath was Ryan’s story of living at a Radisson with 125 other evacuees off Jamaica in the Queens. They were all glad to be safe in NYC, but then for weeks were trying to live on their FEMA money and could not locate the Red Cross or anyone for food, clothing, or help for almost three weeks. People were great and wanted to help, but no one knew how to pronounce his name — Bourgeois — which was so common in New Orleans as to be unremarkable, but in NYC had fallen on strange tongues.

His story was repeated by all the evacuees. The money didn’t meet New York prices that were wildly outside of the experience of a New Orleans wallet. Curtis LeBlanc told of having to spend days trying to figure out the NYC transportation system and working with the other evacuees to navigate the social services world and its long lines and timelines. Chilenti Bernard repeated with others how they were blessed to be alive and well and thanked people for their kindnesses in a thousand different ways, but there was a real honesty when she shared her worry about what she and her family would do for winter coats. New York was a different environment from New Orleans in every way.

On the street I talked to some of the evacuees. Every one of them wanted to go back home, but they didn’t know how to do it. They didn’t know when it might be possible. These were young people for the most part with big dreams and small resources.

From 20 feet away they might have all seemed like any group of folks in NYC hanging on the steps in front of a Manhattan church. Up close it was very clear that we were all very lost. 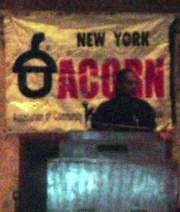 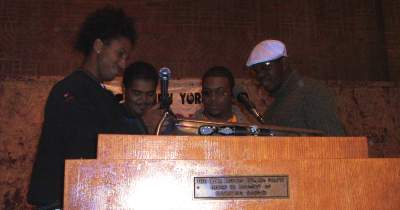 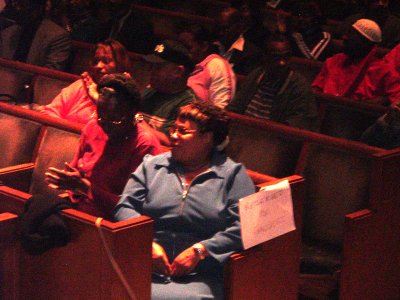 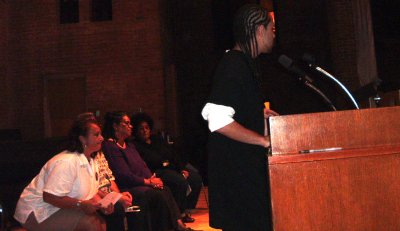