Dallas    For 18 years we have held an annual labor board/staff retreat with all of the troops of Local 880 and Local 100 SEIU. This year was different in a lot of ways.

First, we were meeting at South Fork Ranch in Dallas. Everyone kept asking how we came to South Fork, the scene of the old nighttime soap, Dallas, and all I could really say is that Juanita Waller, our erstwhile office manager, had been in contact with them before the hurricane, then when Juanita was trapped in shelters all around Tunica, Mississippi, and we had to pick up the piece, the momentum just carried us here because of the inability to have a better idea. Once here, what could one say? It was a schlep from the airport to South Fork Hotel, which was not at the ranch, and then another ride out there. But, truth be told — everyone loved it!

Second, our labor retreat is a much different affair now as the expanse of our work has broadened so extensively to include so much worker-based organizing that is outside of the grid of what we have done for more than 20 years. This meeting was the first one that involved all of the organizing under that banner. We had our Latina team organizers of the Working Families Association in Houston organizing taco stands, construction workers, and taquerias in the informal economy there. We had our whole team from the Wal-Mart Workers Association and WARN in Florida. We had the crew from the American Workers Association landing on their feet hard in Texas. We had some of the flight captains of the ACORN Aviators, who for six months have parachuted into organizing drives all over the country on contract to SEIU. We had our best home child care organizers that have been directing partnerships and organizing drives for more than 100,000 workers this year with the AFT in New York, CWA in New Jersey, and with SEIU in Ohio, California, Massachusetts, Maryland, Pennsylvania, and other states. We had the leaders of our working parents organizing teams who are building the base underneath the childcare work. We had organizers doing the training for organizers in Canada and hundreds of others in the US. Throw in the board of 880 and much of 100 and a mess of their organizers and we then stirred it all up into a rich gumbo of more than 70 organizers struggling to figure out how to really go the next steps at the frontiers of our worker-based organizing. The combination made the meeting much more important and much, much more interesting to all of us!

Two very different kinds of conversations — I hesitate to call them themes — caught my attention the most.

One were the constant conversations that focused on how to find workers in the absence of lists — an amazingly basic and critically important problem organizers are facing every day which challenges our ability to get to scale no matter how promising results of the work might be. One begins to wonder if workers — especially lower waged, unorganized, service sector type workers in retail, healthcare, and the informal economy — ever come home any more? Door to door work in many communities just was not yielding the numbers of contacts and visits we needed to get to scale. We had found success in some areas, but it was time consuming and expensive. We had used autodialers to great results, but it was often inefficient to on the follow-up. We did hard work on this problem throughout the weekend.

The other conversation that seemed timely and very important spoke to how we operated as a community of organizers doing labor based projects and navigate the split among our friends, allies, and partners in the institutional labor movement. The schism in the AFL-CIO that has now let to the existence of two federations with the AFL poised on one side and Change to Win on the other puts our work in a tricky position. In the discussion many of us had wanted nothing to do this split and found it difficult to explain the message of either side easily. It became clear that there was no point in arguing over split milk. What was done was done. Going forward, we all could come to agreement now that we supported the renewed commitment to organizing the unorganized and could say so enthusiastically to any union and any federation and offer to provide support and aid to such efforts. We needed to be able to clearly articulate that as a community we could not, and would not, support raiding of any union by another — we had to support organizing the unorganized. Increasingly in the conversation, that notion seemed to rise to the level of a principle that had to define our work and our community of organizing as we bridged to any of our friends and allies. Interestingly, as the conversation continued some advocated that we reach out to others sharing the same ground, if there was a larger community there.

Some of the leaders took endless pictures and could repeat the names of all of the old characters in the show. We ate the Miss Ellie dinner offering and some posed in front of the picture of JR.

Maybe all of this didn’t fit together easily, but it seemed to work, and it sure seemed important. 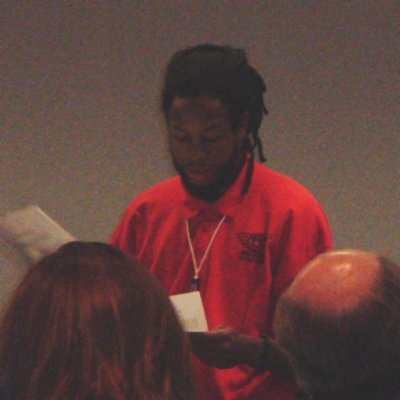 Solomon reporting on the performance of the ACORN Aviators — almost 3000 workers organized in 6 months!
Ross Fitzgerald and Leslie Mendoza happy to have made a plan for working parents association in Dallas
Working Families Association organizers from Houston planning next steps
Ross and Leslie talking to home care organizers about next steps
Cattle at South Fork Ranch 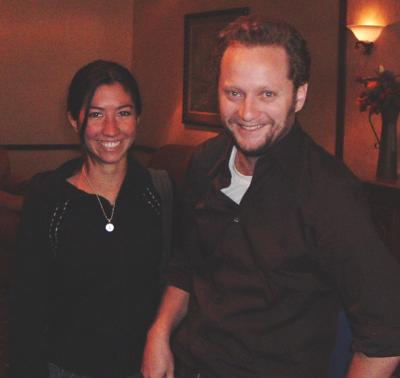 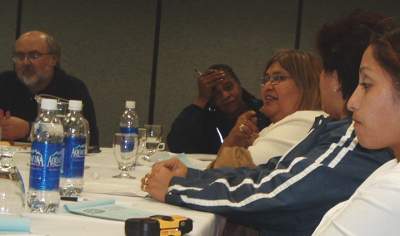 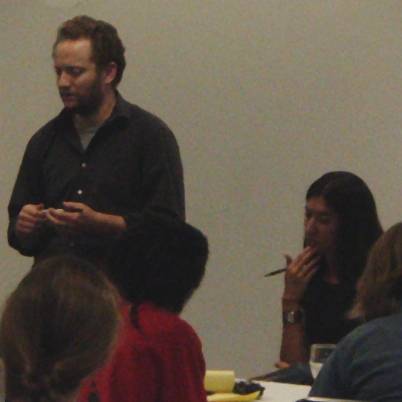 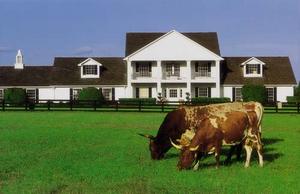