New Orleans     Two months after the Katrina we were finally able to make our way back down to New Orleans and spend a night in our own home in our own bed for the first time on Saturday night.

I went by the rally called by ACORN, the AFL-CIO, SEIU, the NAACP, and others on the capital steps. About 1000 people made it. Beulah Labostrie, Louisiana ACORN’s long time president was one of the opening speakers along with Vernon Bolden, the ex-president of SEIU Local 100. Governor Blanco was speaking when I arrived and promising that she would continue to play a role in trying to protect jobs and labor in the reconstruction of New Orleans. She detailed her role in fight to win back Davis-Bacon. I saw a number of people in the crowd while Jesse Jackson was speaking. Talked to Oliver Thomas, President of the New Orleans City Council, about who was willing to run for Mayor and let Ray Nagin go back to being a businessman. Ken Johnson, Southern Regional Director of the AFL-CIO was there along with Terese Bouey from the AFL Organizing Department — old friends who are welcome in Louisiana again, since both have worked and lived here before for many years. I was due in New Orleans, so I left as Jesse led people in the final chant. Looked like Al Sharpton standing along side of him as I walked across the Huey’s statue.

Super Scott and his crew had managed to finish all but the shouting on my roof before I got there. I met him at my folks’ place. The refrigerator needed to be pulled, but of course he got it done before I got there. A crew had already stripped my folks’ roof and was busy papering it and laying out the shingles. We walked down the street to the house of one of the neighbor ladies that my dad has watched over for years. The ceiling had dropped down in the living room, but that was about the worst of it from the looks of it. It was a beautiful New Orleans fall day. Clear, blue with a touch of coolness, but only a hint in mid-afternoon, which made it a good day for roofing and the rest of the work that demanded to be done everywhere one looked. We were making progress it seemed.

Even without the hurricane a house without people for two months has a laundry list of “to do’s” everywhere you look, but add a hurricane and it’s a devil’s brew. Took down the boards securing the shutters finally declaring hurricane season over by damn! Replaced light bulbs that had been burned out, and then mopped and scrubbed kitchen, bathrooms, tubs, and tried to peel some layers of dirt off the old house. Picked up glass left from broken windows here and there before watching a small bobcat pull up the giant crepe myrtle stump and replant it in the street in front of the house. Leave at this — it was not hard to keep busy.

Before dark we took Scott along on a cruise to see about some apartments we heard that were going on the market off of Treme that might have worked, but on closer inspection seemed wildly overpriced. We were not quite ready for the “new” New Orleans. Driving back through the French Quarter there seemed to be some life on the back streets. We stopped in the Marigny at Schiro’s, one of the few restaurants open on a limited “post-Katrina” menu as they called it served up in Styrofoam containers with plastic forks and pretty reasonable prices. We visited with the fellas at the next table who had been messing with their flooded house. He had been the maitre de at the New Orleans Country Club, which took 8 feet of water from the 17th Street Canal. He said they were rebuilding. He was renting in Houston and waiting; confident his job would be there. His son was with him and was staying in the Marriott courtesy of Cox Cable, which was also trying to get hooked up again. We all marveled at how well Houston had stepped up in dealing with evacuees compared to everywhere else in the country.

We were still working in the house at 8:30 pm when the lights started to flicker. 5 minutes later the flickering stopped because power shut down completely at our house and others connected to the same route of the wires from the pole. This was not the grid, because the neighboring houses on both sides were lit up. So was the library on Alvar Street, but next door the old Frey’s plant was dark. Finally at 9:00 pm we faced the facts of camping without a lantern and turned in for the night. Dawn found the lights still off though the sun was peeking through the houses since daylight savings was over. Running my old route in Bywater was a different experience after a two-month hiatus. There were new obstacles where the streets had not been able to quite keep up with the heavy equipment moving along them. Mainly, one jogged with lively step around the smells that were a constant assault. It was easy enough to give a wide berth to the refrigerators standing along the curb as silent soldiers guarding against the storm. The surprises that laid in wait that were unavoidable were the number of houses where no one had yet returned after two months. The stench there was real and trapped inside the windows still boarded against the storm in many cases. It seemed like maybe half of the Bywater and the piece of Marigny that I ran through had not yet returned.

Along Press Street at the spot where Plessey refused to sit any differently in the train, one mystery was solved from my last visit. Turned out the National Guard had commandeered NOCCA — the performing arts high school along the tracks and the River — and had sheltered the crews of a dozen fire trucks there just as Francis Seelos Parish, the old St. Vincent’s DePaul behind our old house had. This was a different city.

At 8:30 am I called Super Scott on the job site. I had heard him around 5 in the morning on the street talking to someone. With the windows broken and still wide open to the street, it is hard to miss much activity. I wondered if he remembered about the change in time, and it turned out that that one non-essential fact had indeed escaped him. When I asked Super Scott about the fact that the electricity had been off at the house for 12 hours and was that usual? He quickly replied, “Oh, sure!” Seems there are a lot of repairs still done at nights, and frequently in three weeks since we got power the lights will be shut down in my house or over in where he is staying at Monique’s place.

My first thought was of traveling through the Dominican Republic and other countries where electricity was not something one every really took for granted. It was obvious, but with the excitement of finally coming home for one night, I had not fully focused on the fact that we were now living in a patch of the third world.

Basic services no longer are truly real here now. At either end of my property line I have two giant 5-foot high dumps of all manner of materials, trees, roofing remains, carpet pieces, and just plan old garbage. I just walk to the porch and fling another bag to the right or the left depending on how I feel at the moment. Sometime during the week a dump truck and a tractor will scoop it up and take it out.

Around 10 AM the lights came back on, while I was taking a shower in the dark. Good timing. Making do the best we can.

I have to hurry up and finish this before it gets too late and the lights go out again. If they do, we’re leaving for Baton Rouge before the curfew. If the lights stay on, we’ll leave at dawn.

It is going to be a long journey for New Orleans to find its way back to 21st Century America. 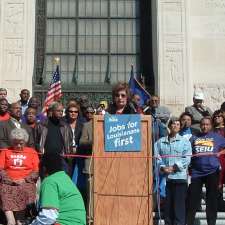 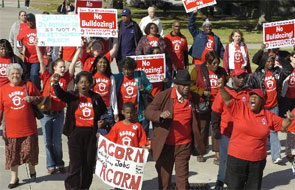