Shreveport      Finally after three months unable to live in your own home and abandoning home of a FEMA trailer, you take action rationalizing that at the worst you will have something over your head, a way to live while working, something to put out at the camp construction, or maybe someday a way to take a vacation and go somewhere — the desert maybe? So, after grazing the classified for weeks and several near misses on cheap “pop-up” trailers, I called on Sunday after Thanksgiving on something that seemed like a deal. Got a posse together, including Super Scott Hagy and Rambling Ross Fitzgerald from the CLOC road gang, who was in town for a couple of days of Iowa shore leave, and we headed for someplace past Bogalusa near the Mississippi line on the north shore of Lake Pontchartrain.
Ross thought Bogalusa was a made up place that he confused with a rock tour or Tuscaloosa, Alabama, but it’s a paper mill town and a quite bastion of unionization — we had a hospital there and still have some nursing homes in Local 100 — in the piney woods.
A couple of hours later we had hooked up a 1979 Airstream trailer all 29 feet of it and we were on our way back to New Orleans to park it front of my house along with the rest of the rolling stock in a Bywater staging area.
We’re taking action any way we can.
November 29, 2005 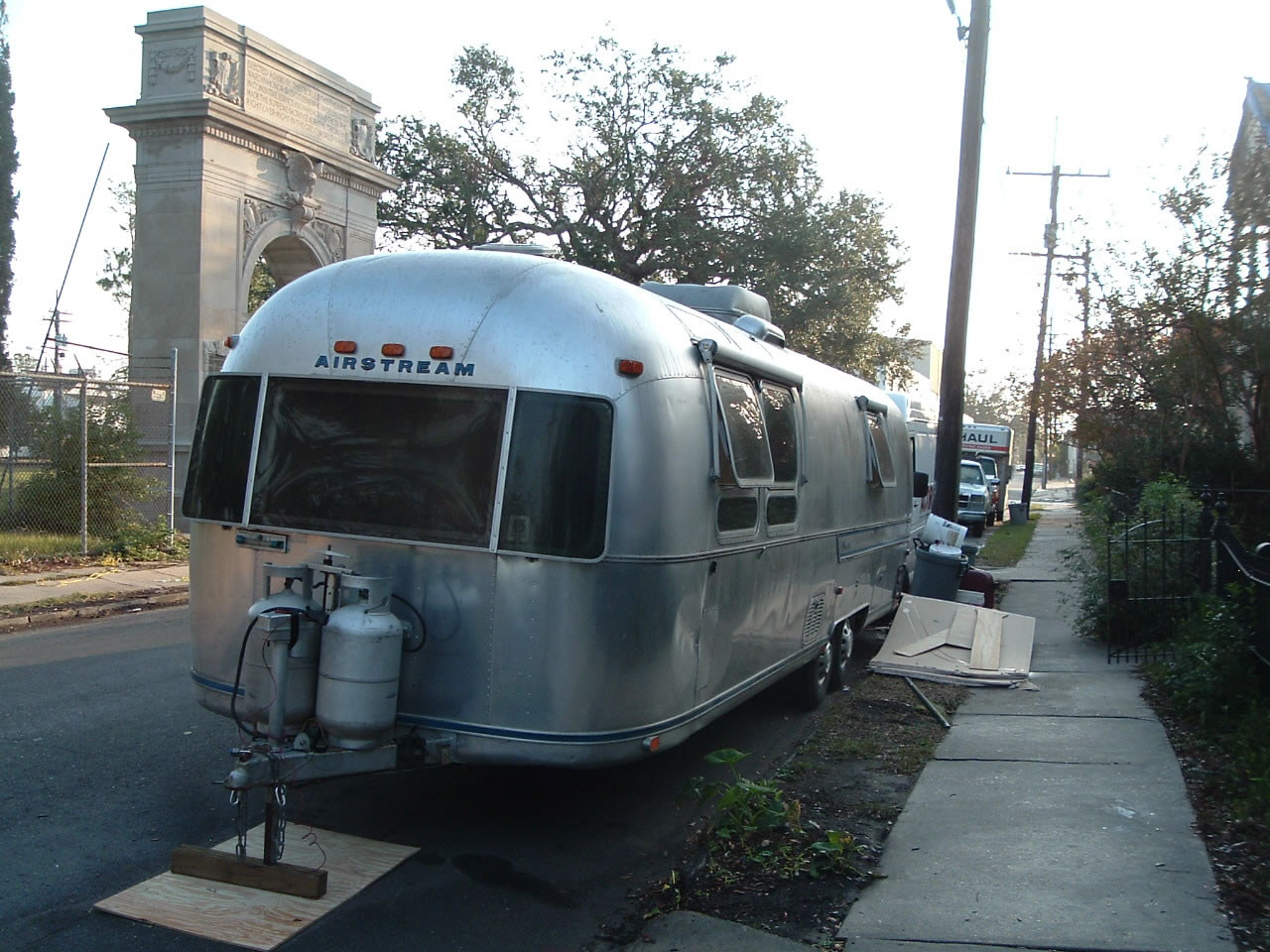 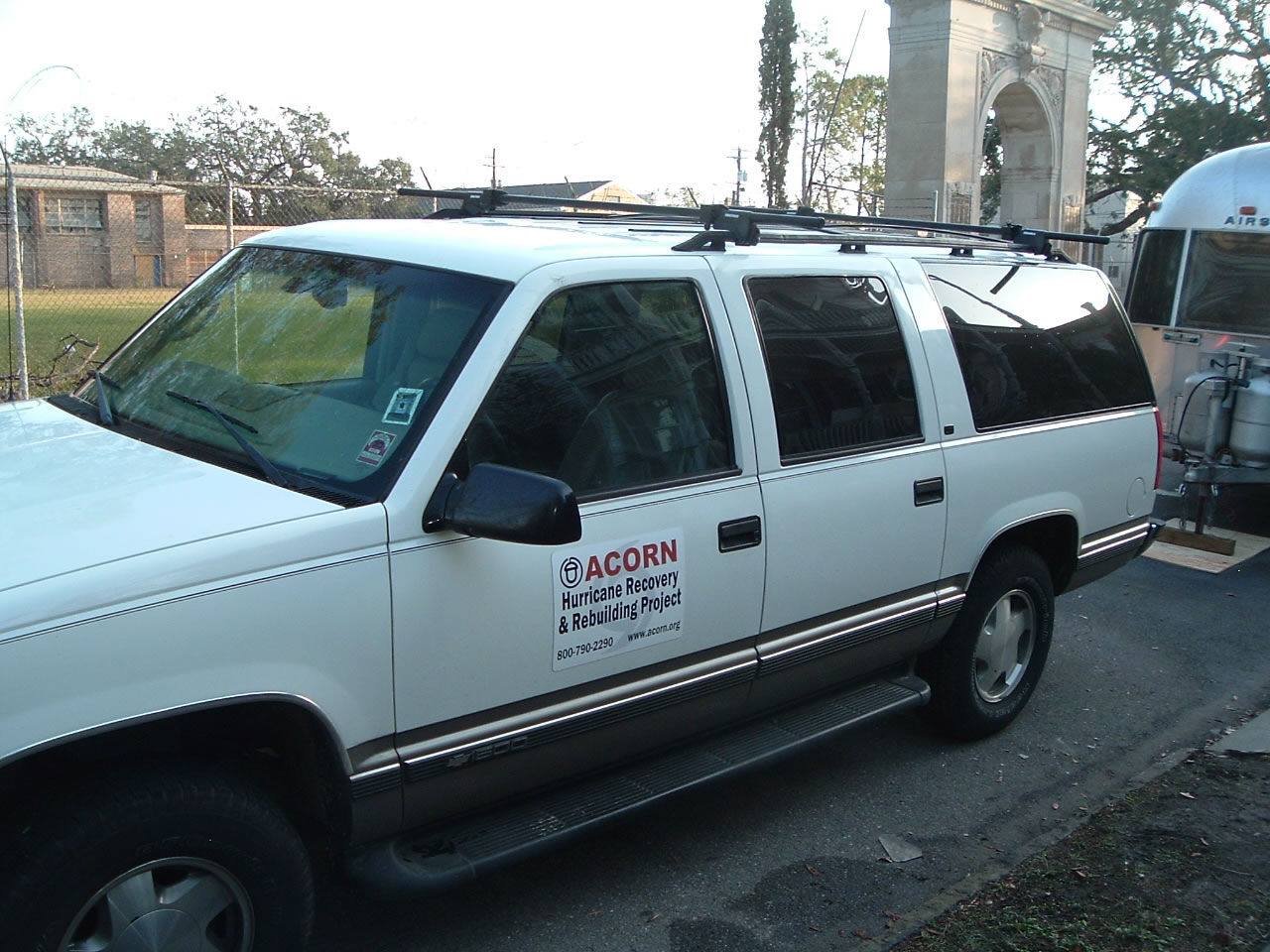 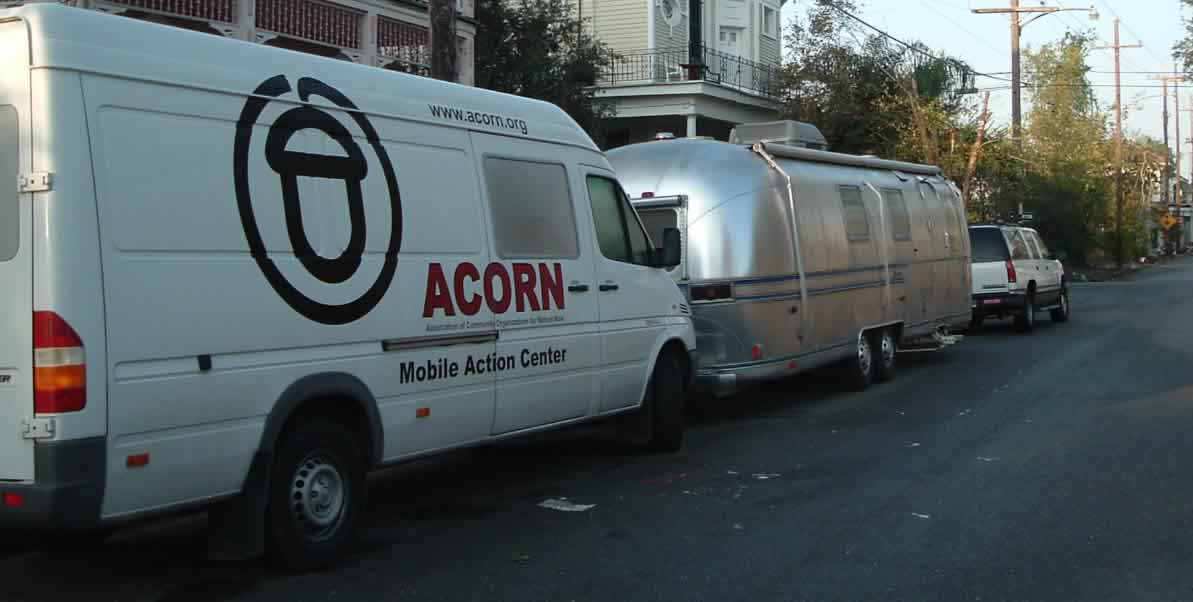