San Francisco      The President seems to have given his usual, deep introspective review and once again pronounced himself satisfied that he has done the right thing in the right way and it’s all good.

In the matter of Iraq he announced that there is no reason to have a timeline of any sort on the American Raj. He will decide at some point in the future, when he believes the exchange of imperial powers for local prerogatives is appropriate. In the meantime the price in billions and blood is still somehow the price of democracy and a safer world.

It sounds like Iraqi’s will have the same chance of living in a democracy in coming years, as I do. 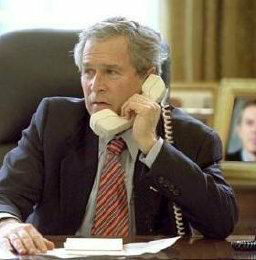 After deep thought and probably many intelligent phone conversations, Bush has decided staying in Iraq is the ‘right’ thing for the US.