New York       For a long time Manhattan has been the capital of the “executive” city in the world.  One reads about prices for one-bedroom condos here and there that match the price of vast rolling estates in other parts of the country.  Not surprisingly the price of housing, for sale or for rent, has therefore been a public policy and a controversial issue in New York City for decades.  The whole notion of commoditization of property flows in some ways directly from the density on the island.  Rent control and other innovative schemes for affordable housing, including mutual housing, cooperatives, and limited equity arrangements have all been tried from place to place.

Morningside Gardens is a limited-equity co-op for with a couple of thousand units is a good example of one of these ambitious efforts.  The rules in this complex for sale are designed to maintain the Gardens as moderate income housing, originally for teachers, artists, and others.   Maximum sale prices are set at what is now roughly 1/4 of the value of similar property on the open market in the City.  Prices have risen 62% over the last dozen years, which to many of us around the country, sounds like a gold rush, but in the overheated real estate market in New York, if you aren’t cashing in big time, I guess you feel like Joe Sausagehead.

And, that seems to be the problem.  There is a vote towards the end of March by the co-op owners on whether or not to break their vows and let the sale price rise to 80% of market.

One woman quoted in the New York Times said, “I would like nothing better than to turn back the clock to a time when a concern for social justice was an agenda topic that had any weight.  But it’s not realistic to think that we can be an oasis of 1972 prices and philosophies in today’s world.  It’s self-destructive.”  That has to be one of the saddest — and most pathetic — statements I have ever read!  It doesn’t just sell out principles, it mocks them.  Worse, there is no irony.  This woman — and the rest of the co-op owners at Morningside Gardens all benefit from these very social justice themes which allowed them to buy into the Gardens affordably, but now she — and perhaps others once the vote is counted — see this as an entitlement.

In our land trusts and mutual housing we constantly worry about the level that one has to “remind” people of their roots and their fundamental investments in affordability over time.  Equity is not a real estate value.  It speaks to the equality of people as a fundamental principle.  Equity is itself an entitlement, and its beneficiaries should count themselves fortunate and privileged, not special and exempt.

The market in New York is exactly why one has to guarantee that there will be moderate income housing and diversity.  These great innovations are about protecting the future, not creating a one-off opportunity for the fortunate few to join the ranks of  the rich.

Good luck to the residents of Morningside Gardens who still understand that if one gets a benefit, it incurs an obligation.  I hope their votes overwhelm those that have somehow only learned to be more comfortable rationalizing their own greed. 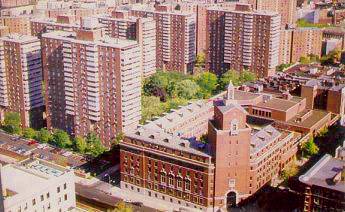