Minneapolis         Zephyr Teachout was as close to an underground legend as the Deaniac’s had in the comet rise and explosion of their campaign.  A high-charged, whip smart woman who had jumped in early and felt the movement going and became its apostle.  She was not a techie, but someone who used the tools like a sword in trying to slay the dragons felt by thousands of activists that opened their doors, physically and mentally, to her persuasion.  She is now at the University of Vermont trying to pull all of this together.  Marty Kearns argues from his green toolbox (http://www.network-centricadvocacy.net) perspective that there is a different paradigm being manifested by the way that people connect through the internet and re-establish social networks.  Barbara Bowen, the Organizers’ Forum (www.organizersforum.org) coordinator and the magician behind these scenes knew that these were the “rock stars” that would push the discussion towards the future and having laid the ground work in a day and a half, this would allow the dialogue to takeoff to the next level of speculation, and possibly application.

Both Zephyr and Marty ran through their respective powerpoints with energy and passion.  Of all people though it was Justin Ruben, the organizing director for MoveOn, who raised his hand and innocently pointed out the elephant in the room by asking a simple question of Marty, Justin said, “I hear you saying there is a new paradigm, but could you point out exactly what is actually new about what you are saying to organizers who have been building social networks all of their lives?”  Standing in the back one could hear a pin drop, and see the hands of organizers shoot up across the room.  Marty’s answer was lost in the barrage of new questions and points.
Laura Barrett, communications director for the Gameliel network of faith-based organizations and a long time veteran organizer, started with a frank complaint that pointed to flash versus what she called “real work.”  Gordon Whitman, research and communications director for the PICO Network, added that all of their work was about building relationships, so it was hardly new.  Union organizers, like Jeffrey Fox, the organizing director of the British Columbia Government Employees Union (BCGEU) and John Weir, the organizing director for the BC Federation of Labour, quickly made the points about “mapping of worksites as part of organizing and the careful, but too frequently unsuccessful work, of building organization from person to person from network to network in the workplace.

These were all veterans speaking clearly.  They were open to the new technologies, and in fact would embrace any new technology that would help make their work easier or more effective, but they knew they were talking across the divide.  On one side there was the fascination with technology and on the other there was the tried and true experience with real people and the hard work of building real organizations that could be sustained over time, fight, and win.

The discussion somehow deepened richly as it paradoxically reached higher for understanding how organizational adaptations could be created to meet the challenges of people in these times.  There was no gee-whiz any more, but somber and respectively talk in the marrow of the beast.

I wouldn’t have taken a million dollars not to have been part of that conversation reflecting the best of our business as everyone struggles to see the future clearly and fashion a plan for progressive change by any means that might work in our times.  It rocked! 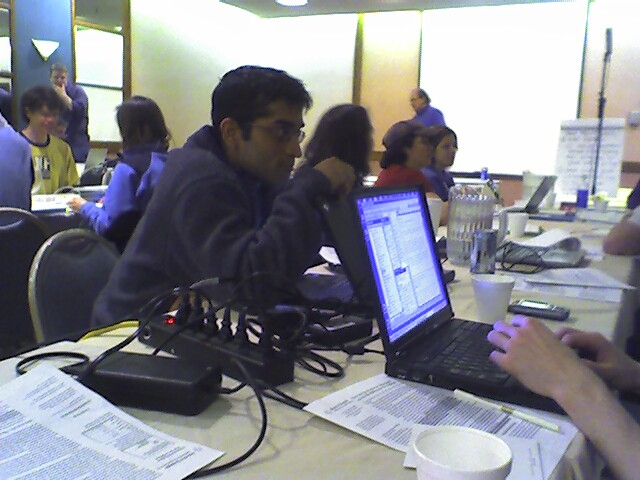 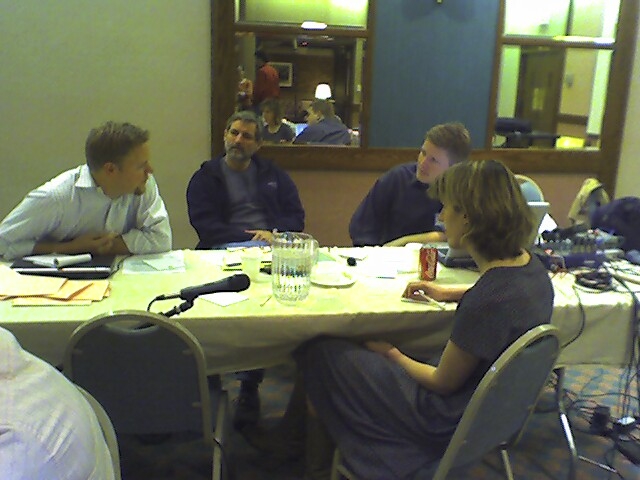 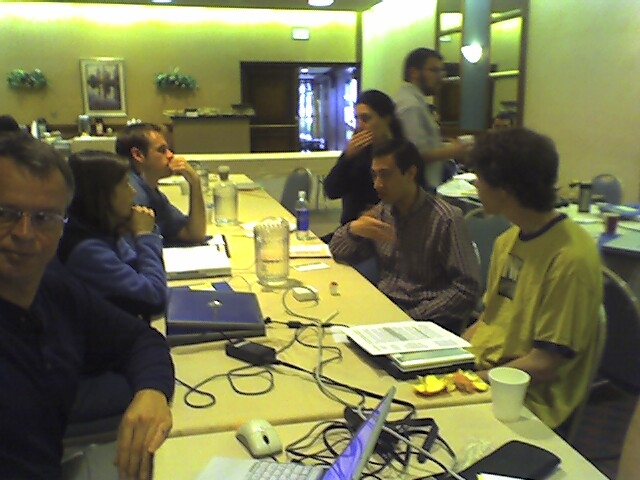